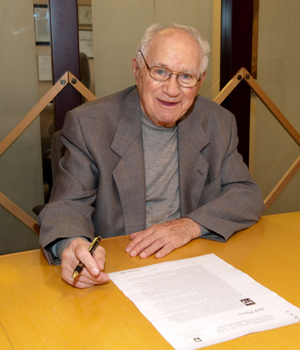 Dr. Jack Pierce signs his story for the Endowment Book of Life 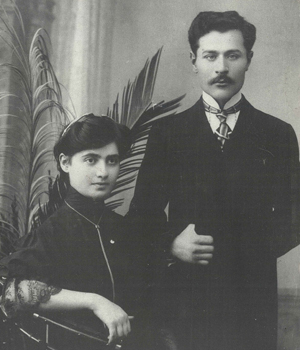 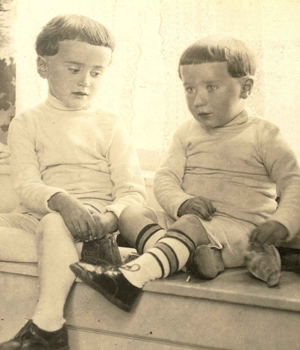 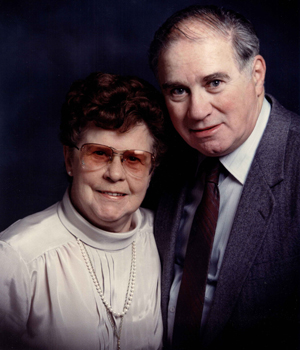 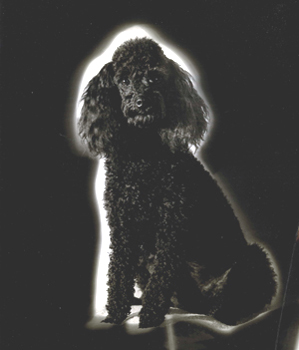 A passion for dentistry and a love of people has shaped much of Jack Pierce's life. In a career that spanned more than 50 years, he lent his skill, his compassion and his know-how to thousands of individuals, many of them from vulnerable populations.

Jack was born in the spring of 1920, the youngest son in a family of four boys and three girls. His parents, Benjamin and Esther (Neaman), had emigrated from Russia around 1912 with their first two children, and settled in Winnipeg's north end.

Esther was a homemaker and an active community volunteer. Benjamin was a fur designer and cutter who established his own successful fur manufacturing factory. When they were old enough, all of his children worked in the factory after school and during their summer holidays.

Both Benjamin and Esther came from large families and as a result Jack grew up in a very close-knit, warm and supportive environment among myriad siblings, cousins, aunts and uncles. Throughout his childhood, his parents' home on Stella and Aikins was the gathering place for the extended family every Sunday afternoon.

Education was very important to Jack's parents, and it was expected that all of their children, including the girls, would pursue university studies - which they did. Jack attended the Talmud Torah night school, celebrated his Bar Mitzvah, and went to David Livingstone and Aberdeen schools for his elementary and junior high years. He then continued on at St. John's Tech and the University of Manitoba.

After university, Jack served in the army for three years, returning to school in 1945 when he was accepted into dentistry at the University of Portland in Oregon. While pursuing his studies in the dental program, he also worked as a lab technician at the Good Samaritan Hospital, located at the University. When he graduated in 1949 his mother came to Portland by train to celebrate with him.

Returning to Manitoba, Jack began his practice of dentistry in Neepawa, where his older brother was working as a doctor. Although his brother left the town shortly afterwards, Jack remained in that community for a dozen years. He became very involved in local organizations and activities and recalls the time he spent there as �wonderful.' Jack was the President of the Junior Chamber of Commerce; he also belonged to the Masons, the Lion's Club and the Elk's Club. He was usually only one of two or three Jews living in Neepawa, but was always highly regarded and respected, and had many good friends and loyal and appreciative patients.

Jack returned to Winnipeg in 1961 with vague plans of going to graduate school. Instead he accepted a job with the City of Winnipeg providing dental care in elementary schools. That job led to his involvement with dentistry for physically and mentally handicapped children and an association with the Kinsmen School.

In 1964 Jack opened a private practice in the Boyd Building, but continued working with handicapped children. For many years he served as the dentist at the St. Amant Centre, and he also worked with palliative care patients at a local hospital and with young women living at Villa Rosa. When time permitted, Jack was active with the B'nai Brith Masonic Lodge and enjoyed bowling.

Lois Pierce, Jack's wife, was born on October 7, 1924 in Nova Scotia. She came to Winnipeg in the 1960s. She had two children from a previous marriage, a boy and a girl. Jack loves them both as if they were his own and their relationship is very strong, communicating with each other every week. Jack and Lois met in the late 1960s at his workplace - she was his dental assistant at his practice in Winnipeg. "She was a very talented and smart woman," says Jack. "My wife was always there for me and was my biggest fan. She would always tell everyone how good I was." They got married in 1977 before they made the move to Edmonton. They had a miniature poodle named Lorelei that was very devoted to their owners. "No matter where we went, Lorelei followed us," says Jack. "She was known as the 'humanized dog'," says Pierce with a laugh. In 1977, encouraged by his new wife Lois, Jack began to slow down a bit, giving up his work at the St. Amant Centre. Then, at an age when many men begin to contemplate retirement, he accepted the position of Dental Director at an acute psychiatric hospital in Edmonton, where he practiced for approximately 12 years.

Although they traveled to Winnipeg regularly for holidays and family events, both Jack and Lois loved living in Edmonton. When Lois passed away in 1992, Jack, newly retired, reluctantly returned to his hometown at the urging of his sister.

Two years later he began vacationing in Florida where, not content to sit by the pool all day, he began volunteering one half-day a week at a clinic run by the American Society of Retired Dentists. He did this for the eight years that he wintered in Florida, where he also made many dear friends.

Whenever and wherever Jack traveled, he made a point of dropping in on dental offices to say hello and to find out about different technologies and practices. He also volunteered over the years on various dentistry boards and committees, and took many professional development courses. He was recognized for his devotion to his profession with two highly regarded fellowships, one for the American Society of Geriatric Dentistry and one for the American Society of Dentistry for the Handicapped.

Finally, having fully retired from a career that provided him with great pleasure, great friends and great opportunities, Jack now spends much of his time playing bridge, reading and dabbling in gardening. "I enjoyed every minute of my life," he says.

"I have no regrets." He also remains keenly interested in the practice of dentistry and keeps up to date on changes and innovations in the field that provided him with his life's work and passion. "I would like my kids and

grand-children to remember me as a kind, gentle, compassionate person," says Jack. Becoming an Endowment Book of Life signer has given Dr. Pierce the best opportunity to give back to the Jewish community in Winnipeg. "I hope that it continues to thrive for future generations."