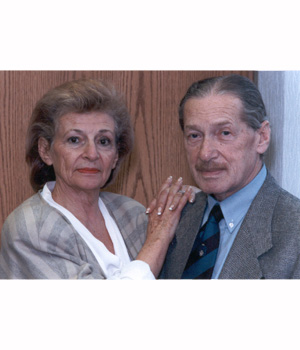 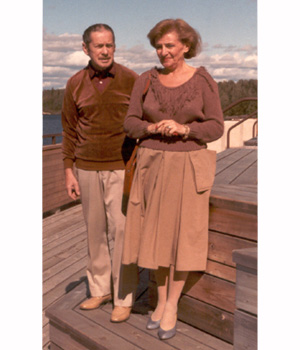 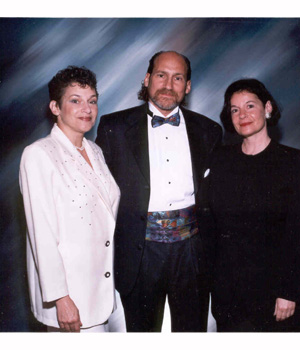 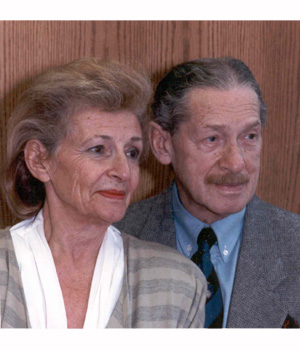 Escaping from the German army and the furious bombardments of the Second World War, my mother, sister and I fled from Kiev and arrived in Middle Asia (Samarkand, Uzbekistan). It was there that I met my future husband Henry in 1942.

Henry was born in Radom, Poland. After the Nazi invasion of Poland in 1939, he fled to the Russian occupied Zone in Lvov. As a foreigner there he was arrested and sent to a gulag (work camp) not far from Moscow. With the German army advance in 1942, the camp was dismantled and the prisoner freed. Henry found his way to Middle Asia - Samarkand.

We were married in March of 1944 and spent the rest of the war there. With a burning desire to leave Europe, we made our way through Asia and Europe back to Poland then through Czechoslovakia, Austria and finally arrived in Egenfelden (Bavaria) Germany, in the American Occupied Zone, that had emigration offices. While our documents were being processed, Henry was employed as the medical officer in a displaced persons hospital. We received our emigration documents in 1948 and arrived in Winnipeg in October of that year. All of Henry's family (with the exception of his parents) had previously immigrated to Winnipeg between 1910-1912.

After a wonderful reception by the family, we began the process of settling into our new lives. While we never forgot the past, we embraced the future for whatever it had to offer. I went to work for Rice Knitting, and Henry assumed the position of Director of the Sharon Home (known at the time as the Jewish Old Folks Home of Western Canada). Shortly thereafter, I gave up my job to become my husband's assistant.

We spent over 45 years with the Sharon Home. In the later years, Henry became Executive Vice President and C.E.O. During his tenure, the Sharon Home became a state of the art facility. He planned and oversaw five consecutive building expansions and a beautiful courtyard pavilion. Henry pioneered the concept of enhancing the quality of life for the elderly by broadening the scope of services to meet the medical, social and spiritual needs of the residents. He focused on the needs of individuals within the context of their physical environment, never forgetting the importance of beautiful physical surroundings and care to details. Nurturing life as opposed to maintaining life and individualism were the cornerstones of care. The Sharon Home became a model of excellence and was described in a 1986 article in Macleans. Henry received many awards throughout his career. He was the recipient of the National Association of Jewish Homes of the Aged award of Honour in recognition of his dynamic leadership, lifelong commitment and excellence in care and service to the Jewish aged. The Government of Canada recognized his significant commitment to compatriots, community and to Canada by awarding him the Commemorative Medal for the 125th Anniversary of the Confederation of Canada.

In the summer of 1993, Henry sustained a traumatic brain injury and was unable to return to the office. I carried on for him until October of the following year when we retired.