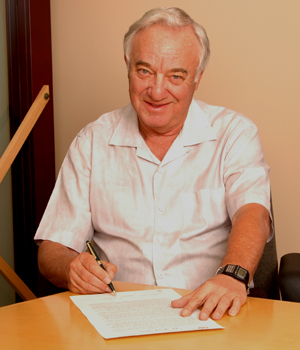 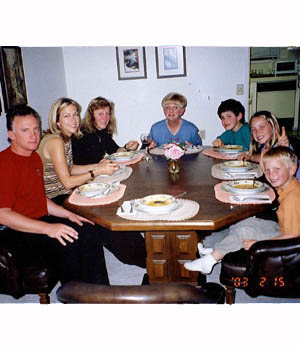 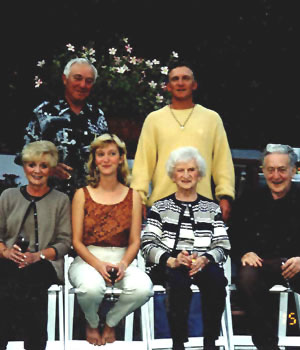 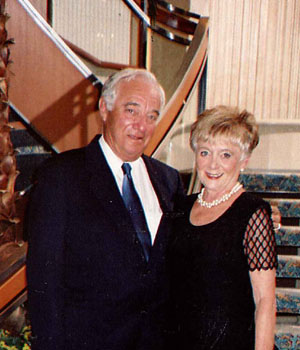 With children and grandchildren living in Victoria and San Diego, it sometimes is tempting for Frank Short to consider leaving his hometown of Winnipeg. As much as he loves spending time with his family, however, leaving Winnipeg is a remote possibility. Winnipeg, after all, has been good to Frank, and has many advantages. While winter always bothers him, he and his wife Doreen enjoy the city's accessibility and its available arts, cultural and sports offerings, and they have many lifelong friends here. Besides, with Frank being semi-retired and full retirement pending, they have managed to spend most of the winter months in California and take frequent trips to British Columbia.

Frank's father, Sam Short, arrived from Russia as a four-year old in 1902 with his parents, John (Jacob) and Rose (Kohut) Ozeransky. At Customs and Immigration, Ozeransky was changed to Short when the immigration officer, on hearing the name Ozeransky, asked, "Can't you make it short?" and Frank's grandfather, not understanding the language, nodded okay. In Winnipeg, Sam sold newspapers as a child and left Aberdeen School in grade eight to help support the family. He worked as a playground director at Norquay School — where he met his future wife Eva — played semi-pro baseball for $10 a game, and was employed as an express messenger on the CPR trains. In 1918, he survived the flu epidemic, and in 1920 he married Eva (Phillips). Sam worked in real estate most of his life and although he didn't earn much money, was able to provide for his family and educate two sons. Frank's brother, Bernard, graduated from McGill in 1945 as a mechanical engineer and was employed in Montreal by Northern Electric and Canadair, before teaching at McGill. He moved to Victoria in 1987. Sam passed away January 1, 1982. Eva was killed in a truck-pedestrian accident on June 12, 1982.

Frank's good-natured mother, Eva, was born in Winnipeg in 1898. Her parents, Esther Mayta and Ezra Phllips, were born in the Austro-Hungarian Empire and in Georgia, Russia, respectively. Ezra escaped being drafted in the Czar's army and walked across Europe, emigrating from London to Canada in the 1890's. He and Esther were the first couple to be married at the original Rosh Pina Synagogue. Ezra's surname was originally Supovala, but was changed when he was employed at Phillip's Creamery.

Frank grew up on Aikins Street in the heart of Winnipeg's north end within easy walking distance to Champlain - his elementary school, Machray — his junior high school, and St. John's Tech — his high school. The library, College Theatre, St. John's Curling Rink, Olympic hockey rink and grocery stores were all within one block of his home. Frank attended after-four Hebrew lessons at the Peretz School and Folk School. He also received lessons from Mr. Handler in preparation for his Bar Mitzvah which took place on May 14, 1948 — the same day the State of Israel was established.

Frank did well in public school, standing at or near the top of his class every year. He enrolled in the Science program at the University of Manitoba and after two years was accepted in the Faculty of Dentistry in Toronto. Frank graduated in 1958. He returned to Winnipeg to practise at age 23, becoming the youngest practicing dentist in Manitoba. Frank joined his cousin, Dr. Harvey Short, on Main Street and also set up a practice in Stonewall, as he was required to repay an academic bursary. Harvey and Frank set up a second practice in River Heights in 1960, with Frank taking over that practice alone the following year.

Frank was very busy in that office but in 1969 decided to return to school. He sold his practice, and with his wife and two children left Winnipeg to begin a two year course in Periodontics at the University of Indiana in Indianapolis. He graduated in 1971 with a Master's Degree and returned to Winnipeg, setting up practice in the Medical Arts Building. Frank also taught part time for 16 years in the Periodontal Graduate program at the U of M, attaining the rank of Assistant Professor. In 1993, Frank sold his practice and now works part time as an associate.

One of Frank's most memorable experiences occurred in December, 1977 when he traveled to Moscow with the Winnipeg Jets hockey team for the Isvestia Hockey Tournament. While there, Frank visited a synagogue where he met a man from the city of Nikolayev who had known Frank's paternal grandfather before he came to Canada,

Most of Frank's volunteer work has been related to his profession. He is a past president and also a regent of Alpha Omega Dental Fraternity, a past president of the Winnipeg Dental Society, and a former volunteer at Pomerado Hospital in San Diego. Frank is a member of Glendale Golf and Country Club and a novice bridge player.

Frank met Doreen (Gerb) on a blind date just before he began his last year of dentistry school. They corresponded during the school term and were married in 1959. Doreen's father, Max, was born in Poland and her mother, Laurice (Lee). was born in Winnipeg. Doreen returned to school after Frank's post-graduate program to study nursing. She graduated from Red River Community College in 1975 and worked in several hospitals for 20 years. Doreen's father passed away in 1984. Frank and Doreen have two children, Howard and Erin.

Howard graduated from Chiropractic College in Toronto in 1984 and practises in San Diego. He and his wife, Heather, have two children, Hannah and Chandler. Erin graduated from Dentistry at the University of Manitoba in 1987, receiving the gold medal. She practises dentistry in Victoria and has one son, Jesse.

Naturally, Frank is very pleased and proud that his wife and children are members of the health profession. Frank hopes that his children and grandchildren will have an appreciation of where they came from and of their Jewish heritage.