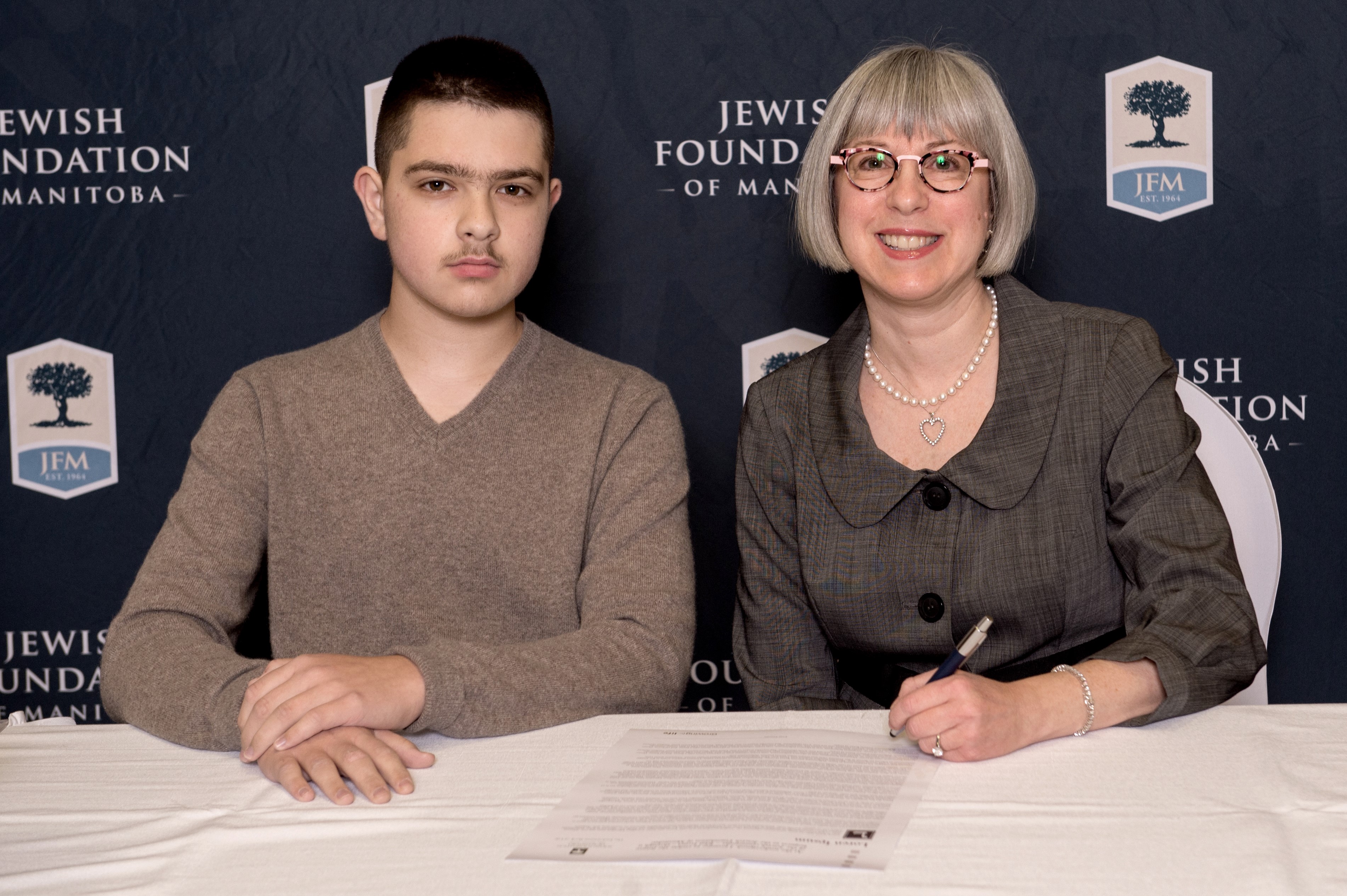 Dr. Deborah Gail Pollock, along with her son Benjamin Phillip Pollock-Kreel, signs her story for the Endowment Book of Life 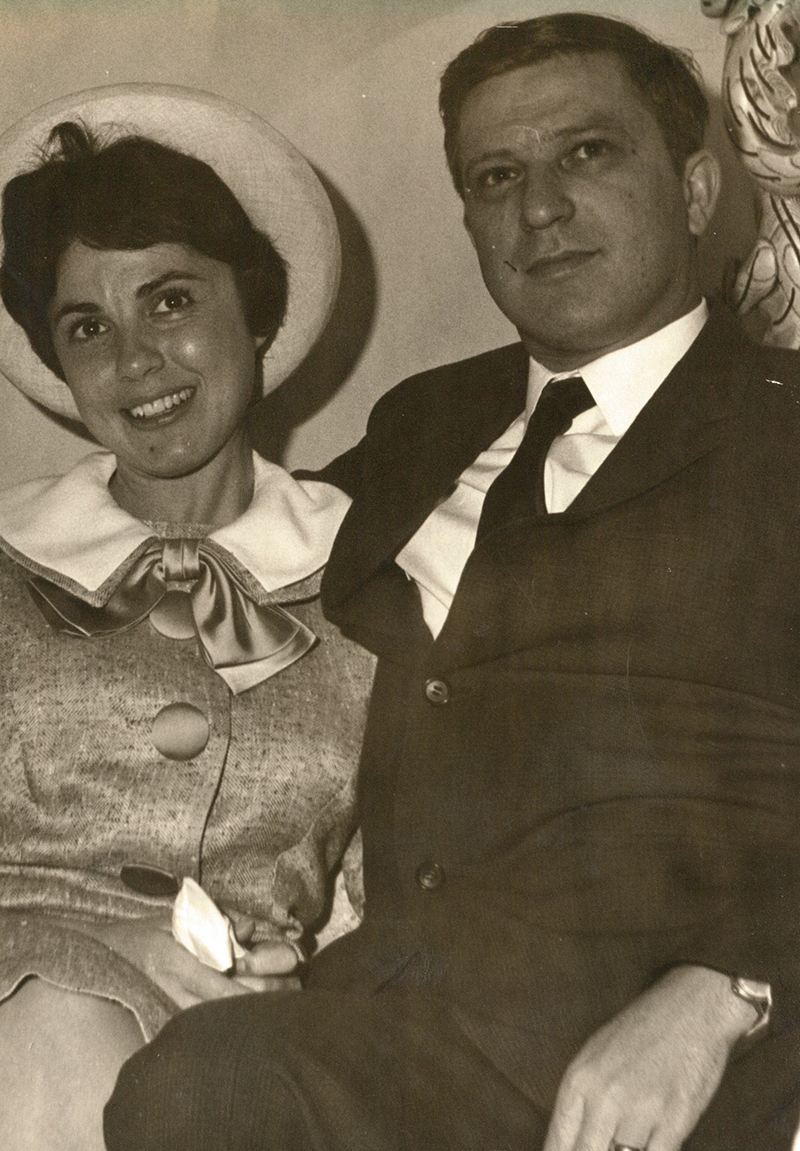 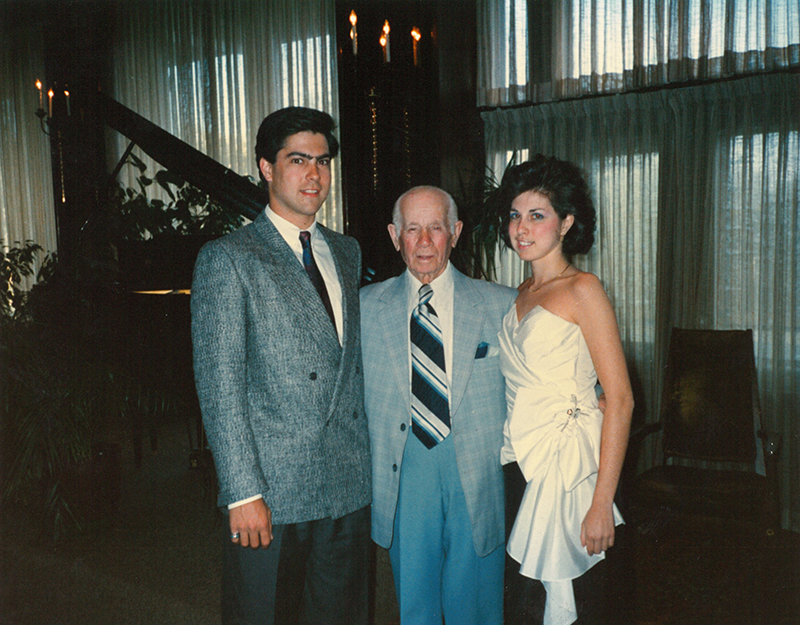 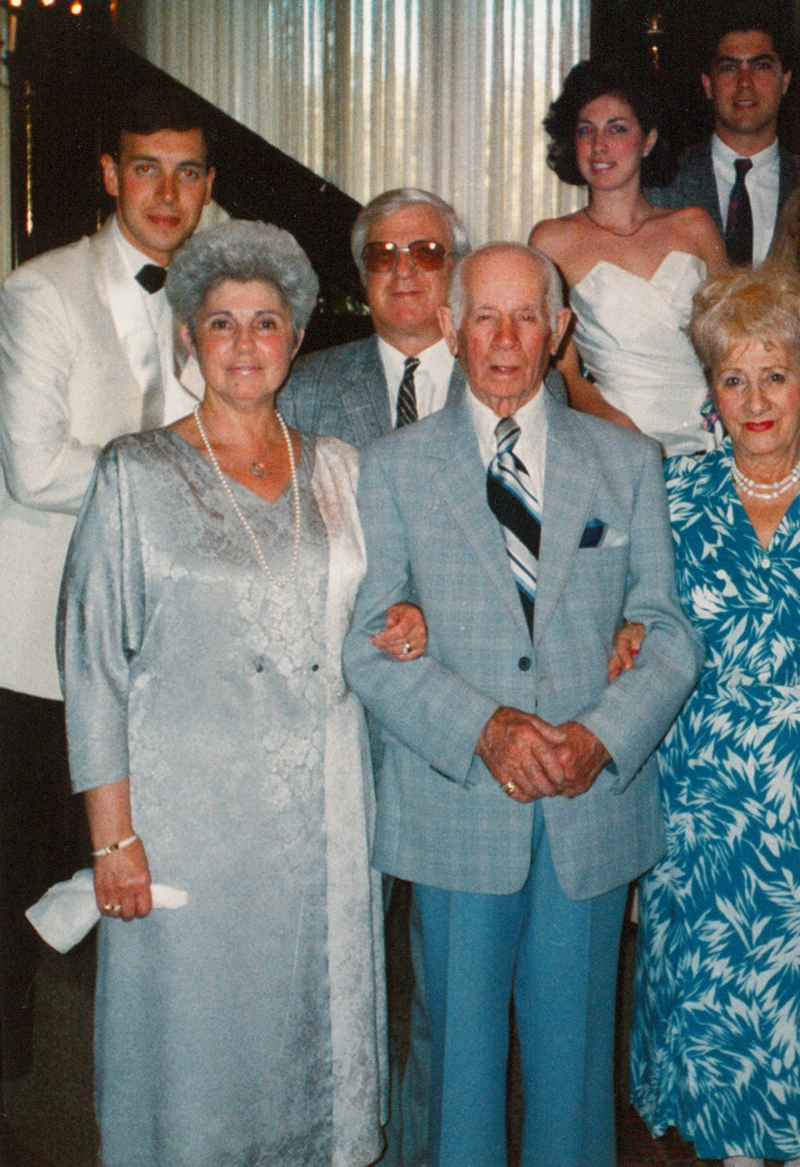 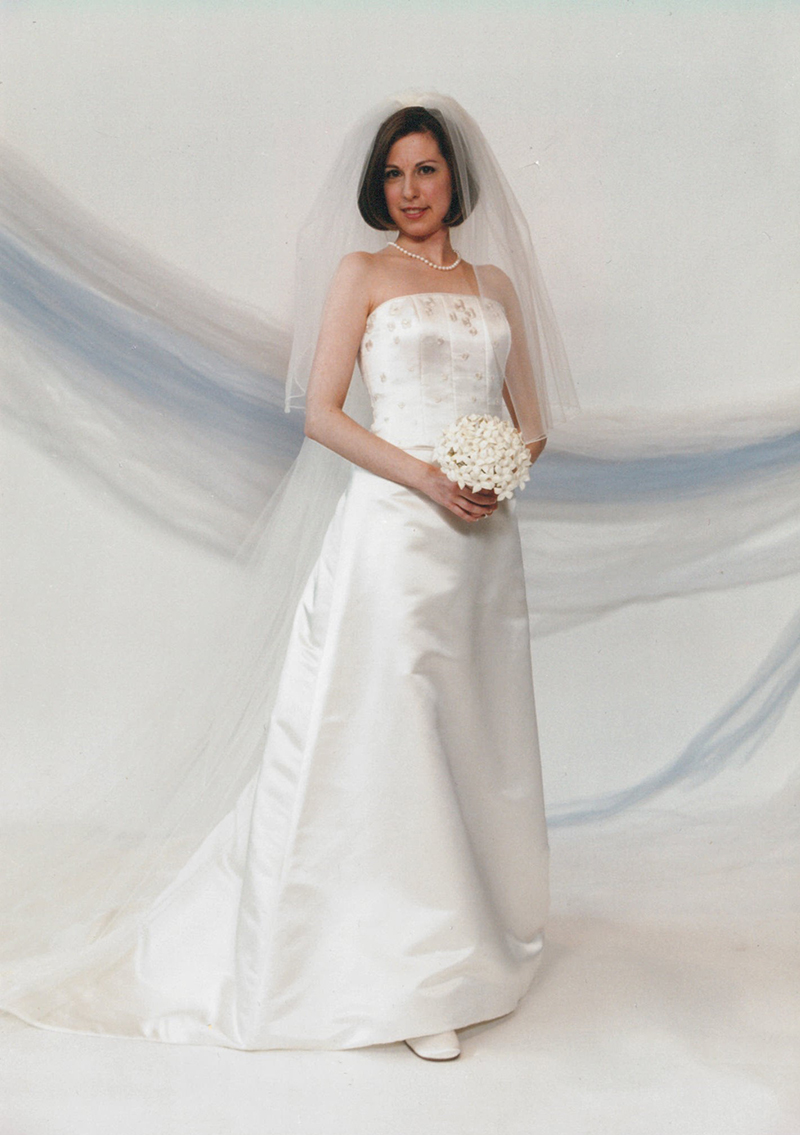 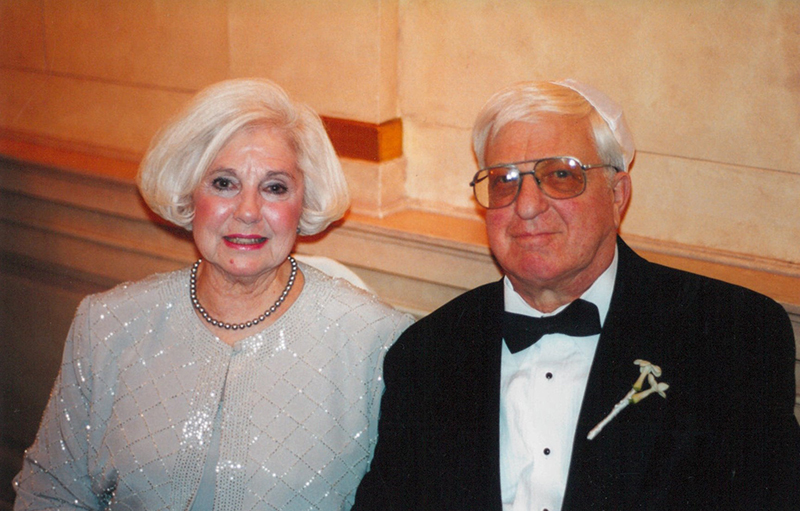 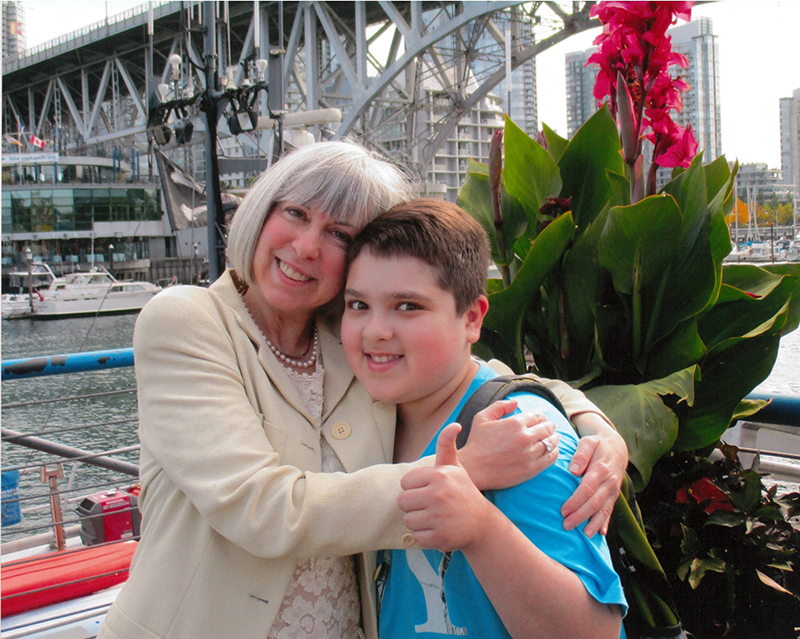 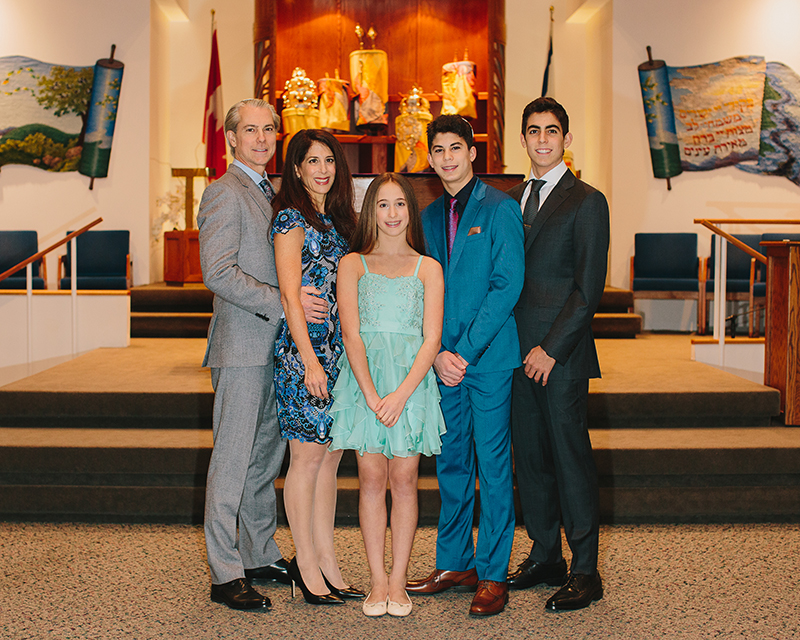 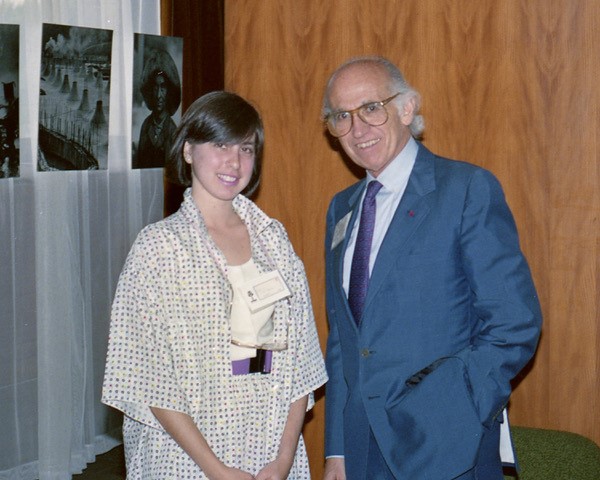 "A true Renaissance woman and humanitarian. Debbie is a devoted mother, a loving daughter, a good friend, a dedicated medical doctor, a creative artist, an environmentalist and a lover of the arts. She enjoys lifelong learning and the quest for truth. Most importantly, she is a kind, caring, compassionate person who gives endlessly to others."

My name is Dr. Debbie Pollock. I feel privileged to be participating in the Endowment Book of Life Program.

I am very fortunate to have grown up in a traditional, Jewish home filled with abundant love, strong Jewish values and wonderful lasting memories. Being immersed in a Jewish environment and receiving a Jewish education was paramount to my parents, Lynn and Mischa Pollock.

I was born and raised in Winnipeg. Our family lived in River Heights on Mathers Bay West. I attended Ramah Hebrew School. Our family was members of the Shaarey Zedek Synagogue. We celebrated many life cycle events there and regularly attended synagogue on Shabbat and Jewish holidays. I had my Bat Mitzvah at Shaarey Zedek. Both my parents and I were married at the SZ synagogue.

In my teenage years, I was very involved in B'nai Brith youth organization and made many good friends. I went to both B'nai Brith Camp and Camp Massad. I later went on to become a counselor at Camp Massad.

As a young adult, I was involved in Hadassah, NCJW and the Young Associates of the Hebrew University of Jerusalem. I also had the opportunity to travel to Israel, tour the beautiful country, live on a kibbutz and study at a Woman's Yeshiva in Jerusalem. Spending time in Israel was one of the most significant Jewish experiences of my life and forged a strong connection for me to our Jewish homeland.

I graduated from Grant Park High School and received an Entrance Scholarship to the University of Manitoba, Faculty of Science. During my undergraduate years, I studied Hebrew and was awarded the Wolinsky Scholarship in N.E. and Judaic Studies. I was on the University of Manitoba Dean's Honour Roll, graduating from the Faculty of Medicine in 1987. I practiced Family Medicine in both Winnipeg and Vancouver.

In 1995, I received a Diploma in Art History from the University of British Columbia while doing medical locums in Vancouver. I became a Docent at the Vancouver Art Gallery and lead tours of the major art exhibitions. I studied drawing and Art History in Florence, Italy, through the Emily Carr College of Art and Design. I became a photographer and, as a hobby, created beautiful, floral art cards called "Art in Bloom" that I displayed and sold at the Winnipeg Art Gallery gift shop.

In 2012, I decided to do a specialty in medicine and I received training in Mind-Body medicine from Harvard Medical School. I became a G.P. Psychotherapist and worked at the Greencrest Medical Clinic in Winnipeg.

I am a member of the Canadian Association of Physicians for the Environment and played an active role in passing the recent bylaw to ban cosmetic lawn and garden pesticides in Manitoba in order to protect the health of Manitobans.

While pursuing my profession, I always remained strongly connected to my Jewish roots and role models, my beloved parents and grandparents.

My mother, Lynn Pollock was born in Regina, Saskatchewan. She is the daughter of Rose and Phillip Bell and sister to Abe, Saul and Benny Bell. My mother was the quintessential Jewish homemaker. We had a traditional Jewish home. My father went to work while my mother stayed at home taking care of all our family's needs. Our home was always filled with the delicious aromas of chicken soup, brisket, gefilte fish, borscht, honey cake and cheesecake. We had many family celebrations in our home over the years.

My father, Mischa Pollock, immigrated to Canada in 1927 from Uman, Russia with his parents, Sam and Sluva Pollock. Mischa was a successful businessman and was well known throughout the Winnipeg community for his department store, "Mischa Pollock Clothiers", on Selkirk Avenue. He retired at the age of fifty and lived very comfortably, travelling extensively with his wife, Lynn, in his retirement years.

My brother Neil and I graduated together from the University of Manitoba, Faculty of Medicine, class of 1987. Neil is a surgeon, mohel and businessman living with his wife, Michelle and three children, Joshua, Elliot and Shoshana in Vancouver. He was the 2018, Jewish National Fund Pacific Region Honouree in Vancouver. He is a Philanthropist and leader in the Vancouver Jewish Community.

Both my parents and grandparents were active in the Winnipeg Jewish community over the years. My mother, Lynn, was the President of the PTA at Ramah Hebrew School and involved in many Jewish organizations both locally and abroad including being a life member of Hadassah. My grandfather, Phillip Bell, was the President of the Gwen Sector Creative Living Centre for many years. My parental grandfather, Sam Pollock, was a Jewish scholar and studied Talmud and Jewish philosophy.

The greatest joy of my life has come from being a devoted mother to my son, Benjamin Phillip Pollock-Kreel. My most precious memory was when I gave birth to Benny, on February 1st, 2004 at the Woman's Hospital in Winnipeg. He was welcomed into the world surrounded by his loving parents and grandparents. Benny is the love and light of my life. He is also my hero and has taught me many important life lessons. Most importantly, he has taught me the meaning of commitment. Benny celebrated his Bar Mitzvah at the Shaarey Zedek Synagogue on February 26th, 2017. He is a young philanthropist and chose to open a Bar Mitzvah Fund at the Jewish Foundation of Manitoba with the interest from his fund going to support the Juvenile Diabetes Research Foundation, with the hope of finding a cure for Type 1 Diabetes.

I feel truly blessed to have such a loving, kind, caring and compassionate family that have taught me the integral concept that all Jews are responsible for each other. " Kol Israel Aruvim Zeh La Zeh." This concept of Jews helping each other by supporting Jewish organizations and the Jewish needy has kept the Jewish people alive and thriving and ensured our Jewish survival.

It is my hope that the Jewish Community will continue to be vibrant, cohesive and strong for our generation and the generations to come and that our children and grandchildren will be able to enjoy the meaningful and rich Jewish life that I have cherished growing up in Winnipeg.