Dr. Ben Shell, as told by his wife, Cal 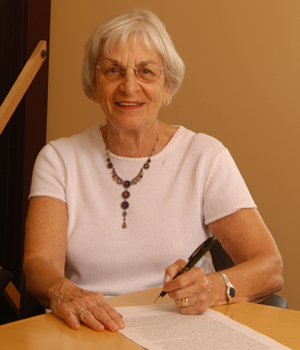 Cal Shell signing the story of Dr. Ben Shell for the Endowment Book of Life 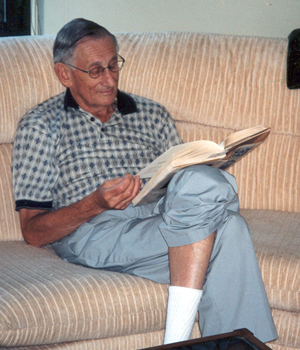 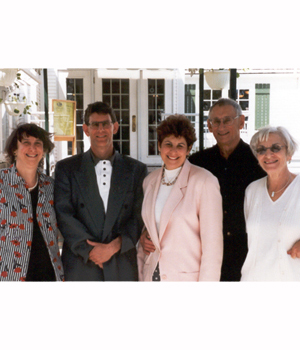 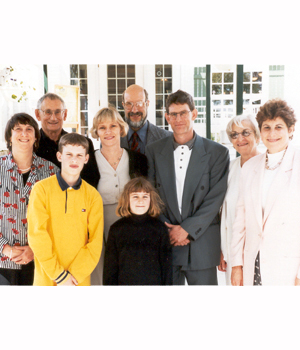 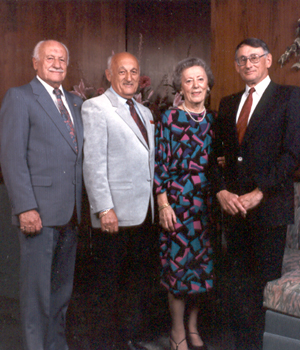 Ben Shell was born in Winnipeg July 27,1925 to David and Chana Shell. His mother took a streetcar to the General Hospital when she went into labor and was admitted as a public patient. There were three older siblings, Hyman, Pauline (Zinman), and Bill, all born in Europe. The family arrived in Winnipeg in 1924 after fleeing their home in Uman, Ukraine at night and spending three years in Romania waiting for visas. At first David Shell pedaled fruit from a horse and buggy and then moved to Sandy Lake where he operated a grocery store for five years. Jewish families in the neighboring villages gathered for the holidays and Ben's father, a chazzan, led the services. As a young boy Ben took a hot lunch, prepared by his mother, to his two older brothers who worked in the garment district. After school he delivered groceries on his bicycle for his parents who owned the Grand Fruit Store on Redwood and Main. His mother was a member of a women's lehenkreis (reading circle) and was the indomitable president of the Winnipeg Chapter of Hadassah. Strong advocates of Tzedakah, the Shells were founding members of the Achdus Free Loan Association - the first meeting was held in their home. Ben often recalled the time his mother gave a quarter to a person asking for a donation, explaining that although they were poor you never turned anyone away who needed help. Another lesson that was strongly instilled by his parents was the love of learning. His mother insisted that he go to school and study, proclaiming "they can never take that away from you."

Ben had a remarkable memory and aptitude for math. He graduated from St. John's Tech, and then obtained his BSc. and M.D. at the University of Manitoba. When he first applied to medicine, there was a quota on the number of Jews, women, and Slavs who were accepted and he didn't get in. Two years later the quota system was abolished and his medical class was of mixed gender and background. In 1955 he completed his postgraduate training in anesthesia and worked for more than thirty years at the Misericordia Hospital. In the sixties he partnered with local dentists to pioneer the administration of outpatient anesthesia for dental surgery, considered risky at the time because of lack of hospital support. He served on the executive and as president of the Manitoba Anesthesia Society. In the 1970's he was appointed by the Manitoba Government to serve on the Board of Governors, University of Manitoba and on the Medical Review Committee of the Manitoba Health Services Commission. He was passionate about his work and established the Dr. Ben Shell Endowment Fund at the Health Sciences Foundation to promote and encourage the research of young residents entering the field of Anesthesia.

In 1949 he and Clarice (Cal) Marantz were married and together they raised three children: Barry (Dorinda, Sam and Davina), Miriam (Harry), and Ruth who all went on to complete their master's degrees. Ben was exceedingly proud of the success they achieved in their chosen careers. Ben and Cal traveled extensively to many foreign lands and then in semi-retirement, they spent the winter in their second home in Santa Barbara, CA. Ben lived a full rewarding life. He excelled at golf, bridge, woodworking and enjoyed many hours reading mysteries and the New Yorker while listening to classical music. Ben's legacy to his children, grandchildren and much loved large extended family comes in the form of two guiding principles for life: always question and challenge conventional wisdom, and don't be greedy, be grateful. He died peacefully with no regrets December 7, 2002 - a life well lived.