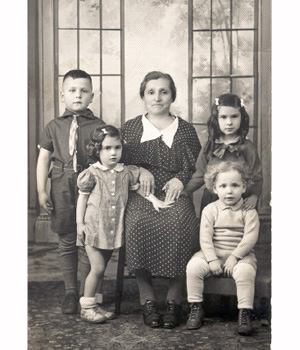 Raizl Stein with her four grandchildren, Doreen and Pearl Rittberg and Norman and Paul Stein 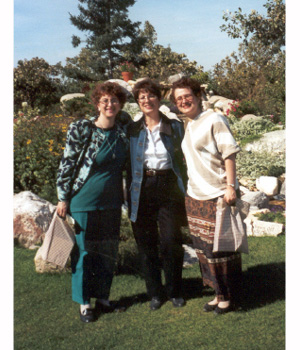 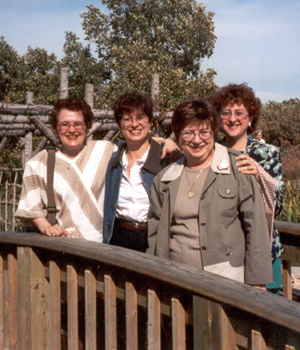 Doreen with her three daughters 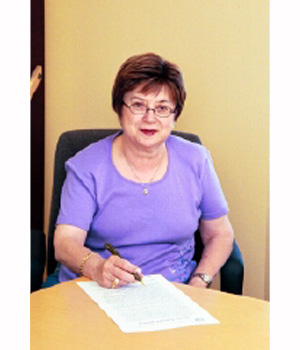 My sister Pearl and I were born in Winnipeg in 1934 and 1935, respectively, to Alec and Norma Rittberg. When my mother Norma (Stein) immigrated to Winnipeg with her family in 1921 from the Polish town of Mizurich, she was sixteen years old and did not speak a word of English. This bright young woman went from grade one to grade six in just one year, and that was the extent of her formal schooling. It gave her enough English skills to write the correspondence for many of her illiterate neighbours.

My father Alec came to Winnipeg from Austria in 1909, the youngest of thirteen children born to Israel and Dvorah, whom I am named for. Alec was orphaned by the age of six and led a very harsh and insecure childhood, including stints at orphanages and being shuffled off to live with one sister or another. These difficult experiences never made him embittered or cynical. In fact, it was his very kindness and gentleness that attracted his future wife Norma to him. They wed in 1931.

My father became a short order cook for the Canadian Pacific Railway, while my mother ran a grocery store and later worked in the famous Winnipeg garment factories. Through her work experience she identified with the workers and she would never cross a picket line.

I recall how my parents always took care of our extended family: my Zaida Peretz passed away at an early age, and so Baba Razel came to live with us. Family circumstances resulted in my Aunt Ruth (my mother's younger sister) and her two-year-old daughter Pamela coming to live in our household for many years. Although it was difficult at times for my father to live with his mother-in-law and sister-in-law, he never complained.

Harry and I married in 1956 and over the years, we raised our three daughters, Sandy, Renee (Billauer) and Andrea (Levy). I became active in the Rosh Pina Sisterhood and ran the Rosh Pina Synagogue Gift Shop on a volunteer basis for seventeen years. As well, I edited the first Rosh Pina Cookbook, and also co-edited the ORT Cookbook. A life long member of ORT and Hadassah-Wizo and a long serving member of NCJW, I have been active in many Jewish women's organizations throughout my life. Both the charitable work and the social camaraderie of these groups appeal to me. I feel especially connected to ORT's humanitarian goals of enabling people to become self-sufficient.

One of my favourite and constant past times has been playing mah jongg and bridge with my friends, throughout the years, my group of friends has been supportive and closely-knit. Another hobby of mine is needlepoint. My family has appreciated the many needlepoints I have made for them, for special occasions and "just because". My most recent project is needlepointing a torah mantle for the Rosh Pina Synagogue.

My grandchildren Daniel, Tamar and Meirav Levy, and Adiv and Cobi Billauer are close to my heart and I am proud to say that I have a wonderful rapport with my "ainechlach". We have a "win-win" relationship as my grandchildren in Israel take particular delight in the packages I send them on a regular basis, and the truth is, I get great pleasure in choosing these gifts for them, also.