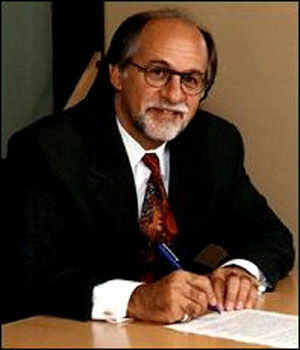 As a youth and as an adult, Jewish community life has assisted in meeting both my social needs and my connectedness with "things Jewish". I counted it a great privilege and honor when, as President of the Winnipeg Jewish Community Council, I was in a pivotal role as our community undertook and completed the restructuring necessary for the building of the Campus. It has been fulfilling to contribute, in some small measure, to the continuity of our people who have survived years of turmoil over many centuries.

The above kind of commitment and attitude was a natural outgrowth of the influences and examples around me. My grandfather, Abraham Herman Aronovitch, arrived in Winnipeg from the U.S. at the turn of the century. He began to make a living by selling insurance and in 1905 he enlisted his brother-in-law, Louis Leipsic and his friend, Joe Halprin, to form Aronovitch, Ripstein and Leipsic, (Ripstein left for other pursuits and Aronovitch and Leipsic became a Winnipeg mainstay). A.H. was the Western representative for the Canadian Jewish Congress and he enjoyed a close relationship with Sam Bronfman. My other grandfather, Isaac Greenberg was very involved with the Sharon Home.

I was born in Winnipeg in 1944, the son of Edgar Judah (Juk) and Reeva (Greenberg) Aronovitch. E.J. was very involved with B'nai Brith and he was one of the signatories to the charter of the Jewish Foundation of Manitoba. My own first involvement with the Jewish community was purely social - with clubs at the Y.M.H.A. ("Discs") and with the B'nai Brith Youth Organization (Winnipeg 38s). When I was 16, I went to Israel with a B.B.Y.O. summer program and this experience was very significant in connecting me to my heritage.

At University, I was a member (and President) of the Jewish fraternity, Sigma Alpha Mu, whose advisor, Joe Wilder, later drafted me into volunteer community work. I began with the Holocaust Remembrance Committee, continuing with the W.J.C.C. and the Jewish Foundation and spent many years on the Executives of both organizations. Outside the Jewish community, I spent several years on the Royal Winnipeg Ballet Board in my early 40's, and then became the vice-president of the MusicBarock Ensemble in my mid 50's.

I am married to Beverly (Krolik) who has also made a significant contribution to community life as the co-founder of the Winnipeg Jewish Theatre and through musicals at Joseph Wolinsky Collegiate. We have two children, Joshua and Judith. I look forward to a bright future for Winnipeg's Jewish community and I am confident in the community's strength to meet all future challenges.