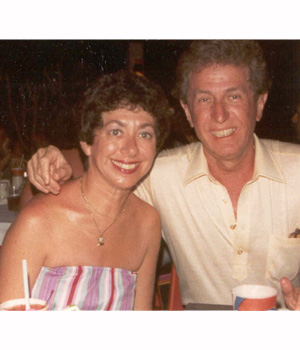 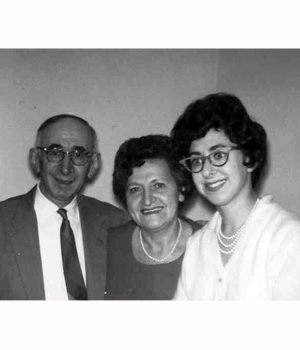 Dolly with her parents, Sam and Ann Schnoor 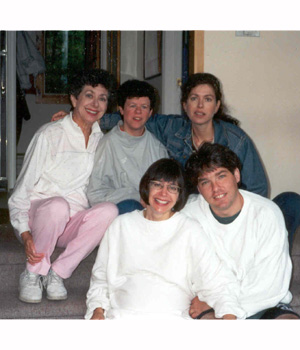 Dolly with her family 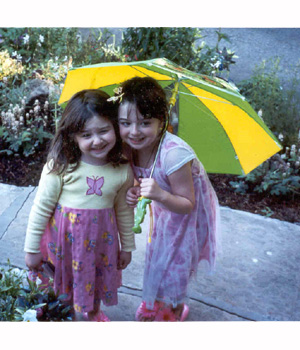 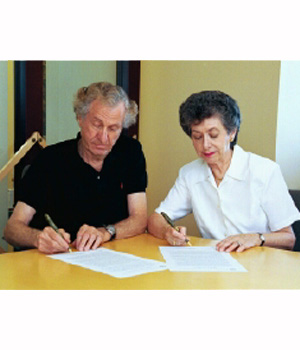 Dolly and Zivey sign their Endowment Book of Life stories

Ann Miller was a little girl of 3 when she came to Canada in 1908 together with her parents, Chaim and Geesi (Shreiber) and brothers Max, Eddie and Larry. Chaim went to work as a peddlar and Geesi stretched his earnings to support many future family immigrants. Their home always housed extra boarders and she sewed and cooked and helped them to adjust to life in Winnipeg. She had a passion for education, back in Russia her orthodox father had allowed only his sons to be formally educated and she had studied under cover of darkness in order to educate herself. Ann grew up in this busy, vibrant household and in 1932 married Sam Shnoor, himself a Russian immigrant.

Sam, born in 1896, had arrived in Canada at the age of 14 and immediately went to work to help support his parents and two younger brothers, Fred and Harry. While he rode the streetcar or walked to the various jobs he held, he read everything he could see and taught himself the English language. He was a hard worker and put his heart into everything he attempted, including his efforts on behalf of his country during World War I. By the time he married, he had earned the trust of Mr. Goffman, and was asked to manage the general store in Dauphin, Manitoba.

It was in Dauphin that Dolly was born. Dauphin had a small but close-knit Jewish community and life in the Shnoor household revolved around that community. These were the war years, and Jewish airmen stationed in Dauphin were adopted by the community and many by Dolly's parents, adding a richness to the small town life. However, anti-Semitism was also rampant and Dolly's school years were not easy ones, learning to deal with the hatred and prejudice of others. Her trips to Winnipeg to visit Baba and Zaida were idyllic, and she dreamt of moving there. At age 16 the dream was realized ... she moved to Winnipeg, completed her Grade 12 at St. John's Tech and went on to the University of Manitoba. Her tuition was provided in part by her Baba Geesi who had managed to save $100 in her apron pockets and gave it to Dolly with the specific request that she attend University.

Dolly earned her Bachelor of Arts and Bachelor of Social Work degrees, and went on to a career in social services. She worked at Childrens' Aid, Jewish Child & Family Service, Canadian National Institute for the Blind, and the Association for Community Living.

In 1957, Dolly married Zivey Chudnow whom she met through a mutual friend. They have three daughters. Gloria (born 1959) is a medical doctor in Toronto and has a son, Jesse. Donna (born 1961) is an investment broker in Toronto and has two daughters, Rachel and Dayna. Both Gloria and Donna went through the Jewish parochial school system, and are graduates of the University of Manitoba. Jodi (born 1964) lives in Winnipeg and her life revolves around activities at her home at Shalom Residences.

Dolly's early community involvement was with the Peretz School where she co-chaired the PTA. As a young mother she was involved with Pioneer Women. In 1978 Zivey and Dolly were one of the six founding families of Shalom Residences Inc. and Dolly served as the program chairperson for the first ten years. Dolly was involved in establishing Continuity Care, an organization that assists Manitoba families in planning for the future of their relative with a disability, and she currently serves on the Board. She has also served on the Board of Association for Community Living (formerly CAMR), and the Board of Jewish Child & Family Service, and has been an active canvasser for many community organizations.

Dolly applauds the richness of Winnipeg life ... wonderful neighbourhoods, a strong community, and excellent resources. She is proud of her children for their numerous accomplishments and strong work ethic. She praises her mother and grandmother for their passionate promotion of educational pursuits. And she dreams for her grandchildren, that they could embrace all life has to offer them, and that they too might experience the strengths to be found in community life.