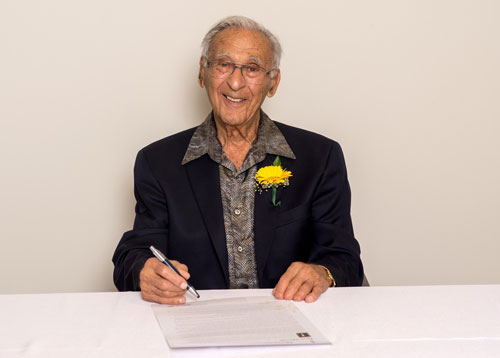 David Pollock signs his story for the Endowment Book of Life 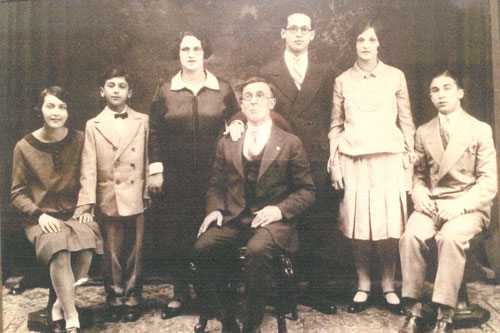 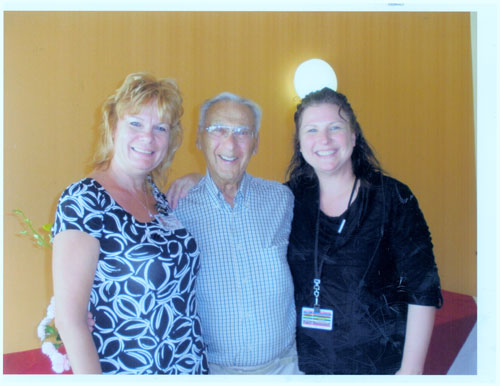 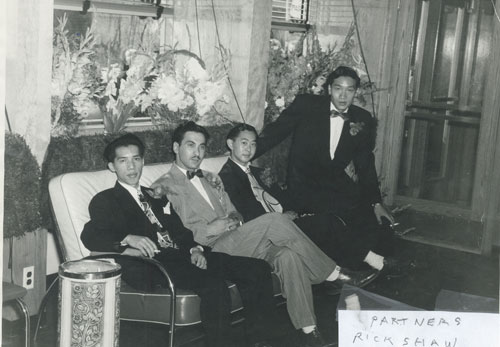 David with partners at Rickshaw Restaurant

Grit, determination, integrity, and hard work have characterized the life of David Pollock. Still youthful and energetic nearly a century after his birth, today Pollock enjoys the fruit of his labours, his family, and the opportunity to support the Jewish community through the Jewish Foundation of Manitoba's Endowment Book of Life.

Pollock was born in Winnipeg in 1916 to Vitcha Kesselman and Kalman Pollock, who arrived in Winnipeg from Kyiv in 1913. Kalman initially earned a living selling clothing and fabrics from a wagon he pushed on Euclid Avenue.

The five Pollock children — David, Tanny, Maurice, Sam (Buddy), and Rose — were mostly raised in a home on Watt and Martin where the family ran a clothing store. It was a modest lifestyle, especially during the Depression. David learned early how to save a buck and manage his money. In fact, his parents used to give him 25 cents for carfare to get to school. David took the money, but instead ran many times to school over the Red River and came home for lunch. He saved the unused carfare to buy shoes for track and field.

Other than one early year at I.L. Peretz School and, later, another few months at Talmud Torah, David didn't have much Jewish education; nor did he have a Bar Mitzvah. Only later in life did he connect with the Jewish community and his Jewish identity.

For school, he attended Lord Selkirk, Aberdeen, and St. John's where he excelled as a student athlete. He was an accomplished runner in the half-mile and the mile and also wrestled, boxed, and played hockey and baseball. In his 50s, he took up running again and at the age of 63, he completed his first full marathon, finishing second in his category.

David intended to go to university, but economic realities determined otherwise. He committed himself to a life of hard work, risk-taking, and the willingness to move to find opportunities.

Before finishing high school, he worked out of a relief camp in Dauphin — highway work, mostly, with some harvesting days here and there. He made his way to Vancouver for more labour jobs, but returned home after receiving a letter from his parents pleading with him to go to school. He spent a few months at Talmud Torah, but left at winter break.

He stayed in Winnipeg, did odd jobs, and ultimately found work — but lost a couple of fingers — at Pacific Electric. (After losing his fingers, he was back at work after only two weeks!)

By the time David was 19, his brother Buddy was living in New York and encouraged David to come. David checked into a hostel and, like in Vancouver and Winnipeg, performed odd jobs. Soon, travelling with a friend and intending to go to Los Angeles, they stopped at Wilmington, Delaware, where they found work with a travelling carnival. David loved it because he was building his strength handling heavy steel and flooring plates. He made $5 a week and meals, and slept under the rides to save as much money as possible. He returned to Winnipeg in 1935 after learning that his brother Maurice drowned at Winnipeg Beach. He almost immediately got a job as an electrician's assistant and had his full licence within a year.

Around then, the late 1930s, David met Sylvia Rayman. They married in 1941 and moved shortly thereafter to Toronto. David found work with Canadian Dredge and Dock installing motors and electrical equipment on the old Welland Canal as it was being widened to carry double the water capacity. After the installations, he stayed on as an electrician and then moved on to do electrical work in the shipyards, then to the Steep Rock Mines, an iron ore open pit mine.

Sylvia wanted to return to Winnipeg so they returned in1945 and David started looking for a business to run. Unexpectedly, the electrician became a restaurateur. He had saved $5,000 from his work in Toronto and was ready to make an investment. In 1946, he and his brother-in-law Ben Rayman bought the Mandalay Restaurant in downtown Winnipeg across from the Bay. Another brother-in-law, Morris Adleman, joined them six months later. They soon opened The Cavalier Restaurant on Fort Street.

David immediately fell in love with the restaurant business and enjoyed tremendous success as the co-owner of the famous Rickshaw Restaurant and later as the sole owner of the Holiday Restaurant in the Dayton Building and the Beefeater at Stradbrook and Osborne.

While tending to his restaurants, David purchased a rooming house/seniors home in 1947 and in 1964 built the Golden Door Geriatric Center on Pembina Highway which he still owns.

Sylvia passed away in 1993. It was a sad time for David, but he found love again when he met Ruth in Palm Springs. Ruth, who grew up in Des Moines, Iowa, lost her husband around the same time. Today, David and Ruth continue to enjoy a beautiful life together. They spend nearly half the year in Palm Springs, where David enjoys playing bridge and croquet, and watching movies. He is a great fan and collector of opera and classical music, and even tried to learn how to play the piano at the age of 80.

David Pollock is a living example of strength and perseverance. He survived cancer, the passing of his wife, and a few business setbacks. He reflects on a life lived with purpose and integrity; hard work and passion.

"The keys to success are to work hard, respect others, and maintain a good reputation," he says. "I am proud to participate in the Endowment Book of Life and to help the community plan for the future."