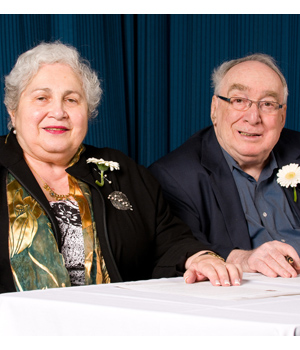 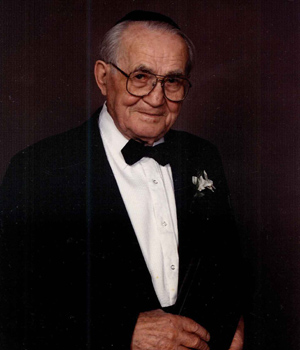 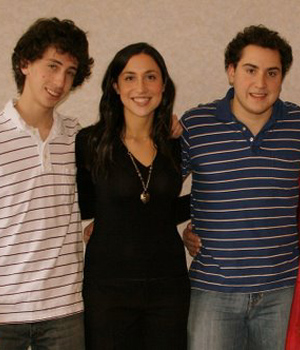 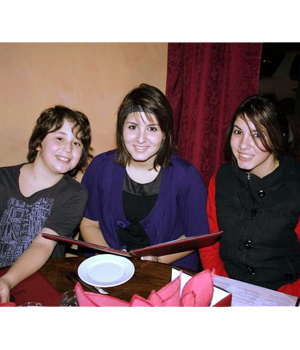 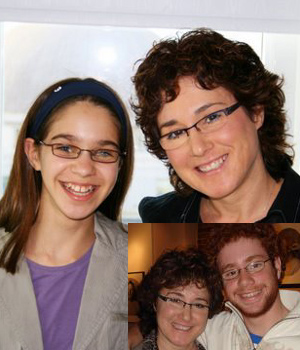 The Permack's daughter Sharon with Rachel and Noah (inset)

My parents were Fannie (Hallis) and Ben Permack. My mother was born in Russia and immigrated to Winnipeg with her eight siblings. Her father, Samuel Hallis, was a chazzan. As a young boy, my father emigrated from Poland to Winnipeg with his family. As the eldest of six children, he went west to Saskatchewan in his late teens and worked in small general stores. Eventually he moved to Prince Albert and became a partner in the fur business. It was there that my father met and married Fannie. I was born in Prince Albert in 1927. I have two sisters, Barbara (Rifkin) and Sheila (Livingston).

My family moved to Canwood, Saskatchewan to open a general store where I attended a one room schoolhouse and sadly, it was there that my mother passed away in 1941. My sisters and I moved to Winnipeg to live with relatives. My father visited us as often as he could and encouraged us to be true to our heritage, to get an education and to be good citizens.

I attended Machray, St. John's Tech and the University of Manitoba. I then trained to be a Chartered Accountant, graduating in 1957. After practicing for a few years, I became an executive at Dominion Lumber and retired from there in 1986. Since that time I have been involved in business and real estate investments as president of Samax Investments until 2002. I married my beautiful, supportive wife Shirley in 1955 and we have spent many happy years together enjoying our family and celebrating life cycle events and Jewish holidays.

Over the years I have been involved on the board of the former Rosh Pina Synagogue. My aishet chayil Shirley and I have three children, Sheldon, Sharon and Michael. Sheldon is a health care executive in Winnipeg and he has three children, Daniella, Laurie and Zev. Sharon teaches children with learning disabilities in Toronto and has two children, Noah and Rachel. Rachel's painting with the quote "I admire those who wake up each morning and find a reason to smile" greets you as you enter our home. Our youngest son Michael and his wife Francine have three children, Mika, Ariel and Peter.

I am very proud of my family, my community and my Jewish heritage. I am grateful for the wonderful life and opportunities I have experienced in Winnipeg. By participating in the Endowment Book of Life, Shirley and I are demonstrating a commitment to the future of our community. Our wish for future generations is that they will continue to be supporters of the community.