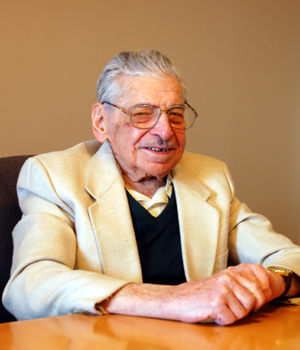 David Silverberg signs his story for the Endowment Book of Life 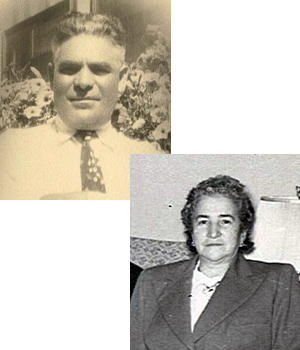 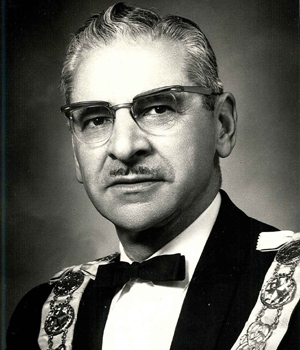 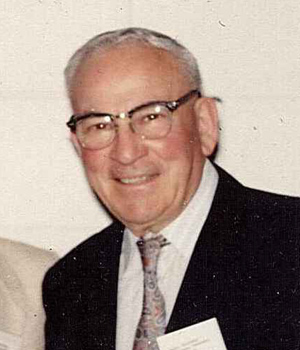 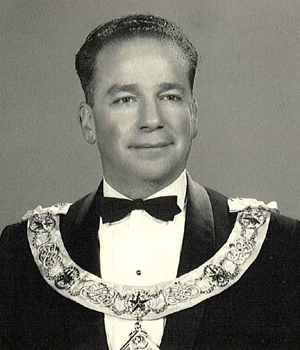 My parents, Maier and Antzi Silverberg, were born in a suburb of the great City of Jitomir, Volynsk, Ukraine. As a young boy of only 12, Maier began buying and selling cattle. In later years he became so efficient that he was granted a special Government permit (known as a "Perve Gilde Kopetz") to travel out of province: a rare achievement in a country where Jews were restricted in travel. After serving the compulsory years in the Russian Army Maier married Antzi (nee Freedman), a distant cousin. In the early 1900's, he set off, seeking a better life in Canada. On arriving in Winnipeg (Manitoba), practically penniless, he accepted a backbreaking, blister-raising job of wheeling concrete-filled wheelbarrows on new construction sites. His trials and tribulations led to an exploratory visit to the small Ukrainian mixed farming areas just north of Winnipeg. He eventually found a limited market area likened to that of his earlier experiences.

When it was time, in 1912, for Antzi to join him, she booked passage on a ship called the "Teutonic". Back in Manitoba, Maier heard the fate of a ship called the "Titantic" and feared for his wife's safety. They were reunited, however, and my mother began life in Canada. Since my father's work entailed travel by horse and wagon, he was away for long periods of time. My mother worked at home, doing the many strenuous chores of the prairie homesteader. Once while chopping wood to heat her home, the axe caught on the clothesline and she cut herself badly. Life was not easy.

I was born on April 21, 1913. When I was about 4, my family moved to Great Falls, Montana where there were greater opportunities in the cattle business. My father started a feed lot. My mother struggled with loneliness, particularly isolation from other Jewish families. My brother Morris was born in Great Falls. Shortly after, our family moved back to Winnipeg where my brother Ernest was born. My father went further afield and began buying cattle in Saskatchewan and Alberta and transporting them in carloads by train. Gradually he developed a successful cattle business.

I attended William Whyte School - although it was a girls' school at the time, younger grades included boys' classes. I later attended Aberdeen School, Strathcona School, Isaac Newton Junior High and St. John's Tech. Following high school, I attended the University of Manitoba. The University at that time was located where Memorial Park is at present. I studied engineering and graduated as an electrical engineer in 1934. Radio was becoming popular and I took the optional course on radio and after graduating also took several correspondence courses on television. My first job following graduation was as a clerk for the grain commissioner. I worked at the railway yards handling "stabbings" — samplings of the grain that was brought in by train to ensure that the bottom of the car did not have lower quality grain. My salary was all of $720 per year.

When I was 20, my father died from complications after being gored by a bull. Shortly after, my mother became ill and went to Rochester, Minnesota for treatment. Large medical bills were accumulated and much of my meager salary went to pay those bills. My brothers and I were devoted to our mother and we lived with her and cared for her until her passing in 1979. Our family home was on Matheson Avenue in a house I designed.

After leaving the grain commission, I worked for the Department of Transportation as a draftsman and later as an engineer. Although I had graduated as an electrical engineer, in reality I was called on for all types of work — civil, water, structural, mechanical. Among the projects I was involved with are the airport at The Pas, Churchill Airport, Coral Harbour (Southhampton Island), Flin Flon, Gimli Airport, Winnipeg International Airport, Portage la Prairie Airport, and McDonald Airport, both on the sites and on design, in Ottawa. I became the Central Region's Assistant Engineer in the Department of Transport for the Canadian government, and retired as Chief Engineer of Administrative Services.

When our family lived on Manitoba Ave and Charles St, our neighbour was Mr. Wolinsky. He owned Great West Electric which sold "white goods" (refrigerators, deep freezes, electric ranges, etc.), primarily Philco products. He hired my brother Morris. When fluorescent lighting was invented, Morris went to a university in the United States to learn more. He returned to Winnipeg and worked for Mr. Wolinsky. When Philco was bought by the Ford Motor Company, they hired Morris. He later also worked for Kelvinator. Morris passed away on November 11, 2001.

My brother Ernest had rheumatic fever as a child and struggled with illness throughout his life. He too went to Rochester for treatment, incurring large medical bills. While he was convalescing, he befriended some men who were selling used cars on corner lots. He was very smart and quickly became an expert in cars. When he was healthy, he sold cars for Inman Motors, Dixon Motors and other dealerships. He was named top salesman of Cadillacs in Western Canada for years running. He began to dabble in the stock market and accumulated a large portfolio of investments. Ernie was Master of the Prince Rupert's Lodge, also master of The Chapters and others. He passed away on December 28, 2000.

I have the distinction of being the oldest living member of the Ashkenazi Synagogue which has been in the same location since 1921. Together with Ernest, I have spent thousands of hours volunteering for the synagogue — from fundraising, to decorating, even making food. I have acted as First Vice President, secretary and treasurer and my brothers and I have assisted financially to keep the synagogue viable. I am still called on to make up a minyan and to read the scrolls. I have served as Master of the Prince Rupert's Lodge and "Master of the Work - Prince Rupert's Players", an acting troupe which performed for Masonic Lodges in Canada and in the USA. I was also active with my brother Ernie in the Zionist Organization.

As brothers we were raised to be charitable. The endowment fund in our family name at the Jewish Foundation of Manitoba will provide support to hospitals, service agencies of all types, synagogues and Jewish community organizations primarily in Winnipeg (Canada) and in Israel. It is our family's legacy.