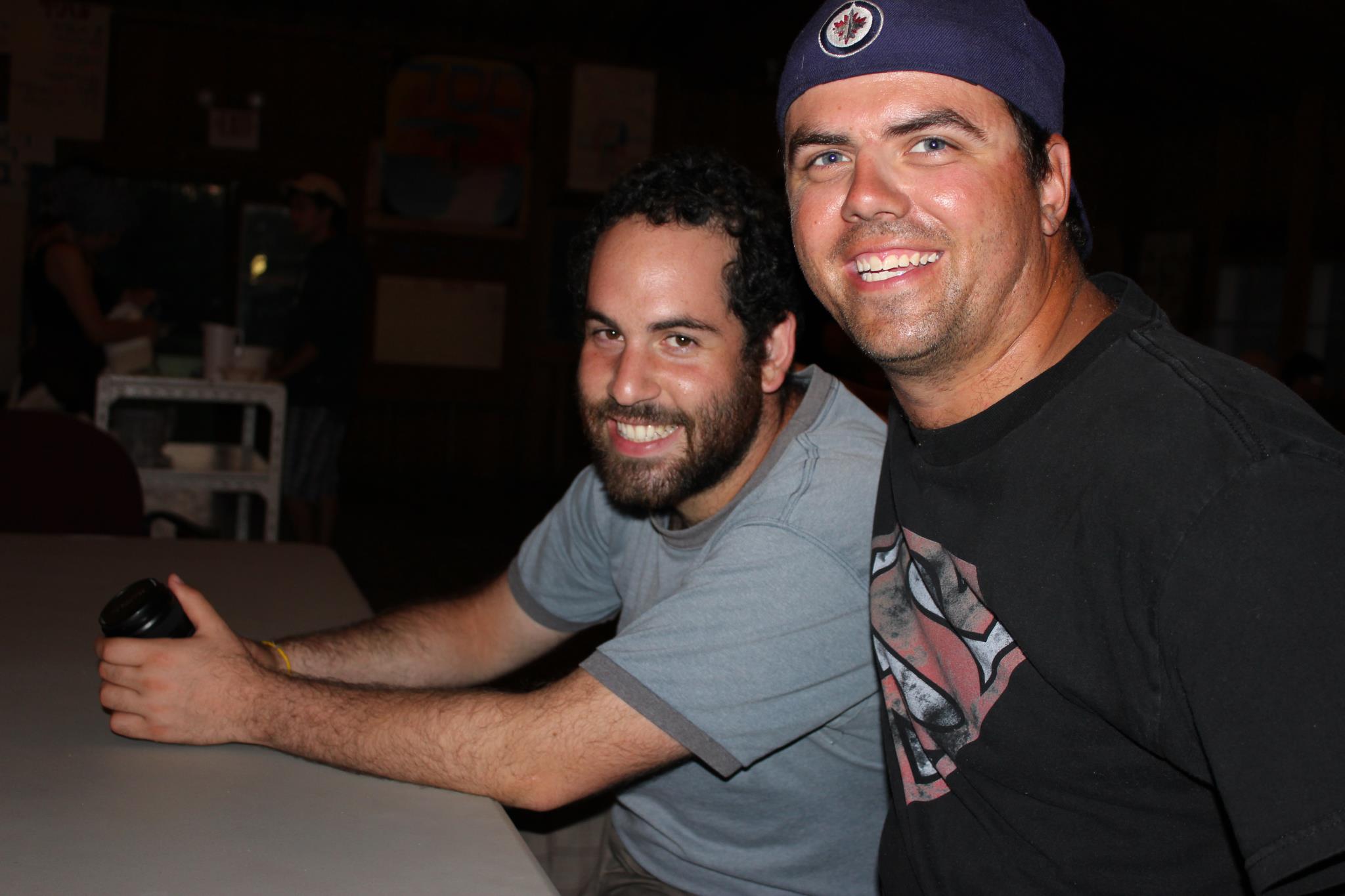 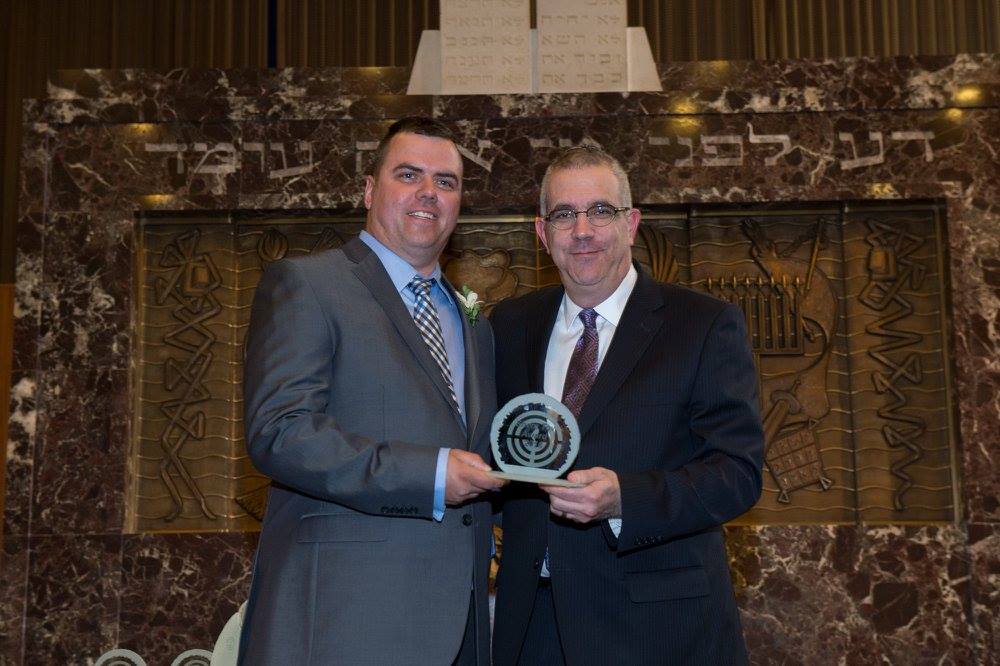 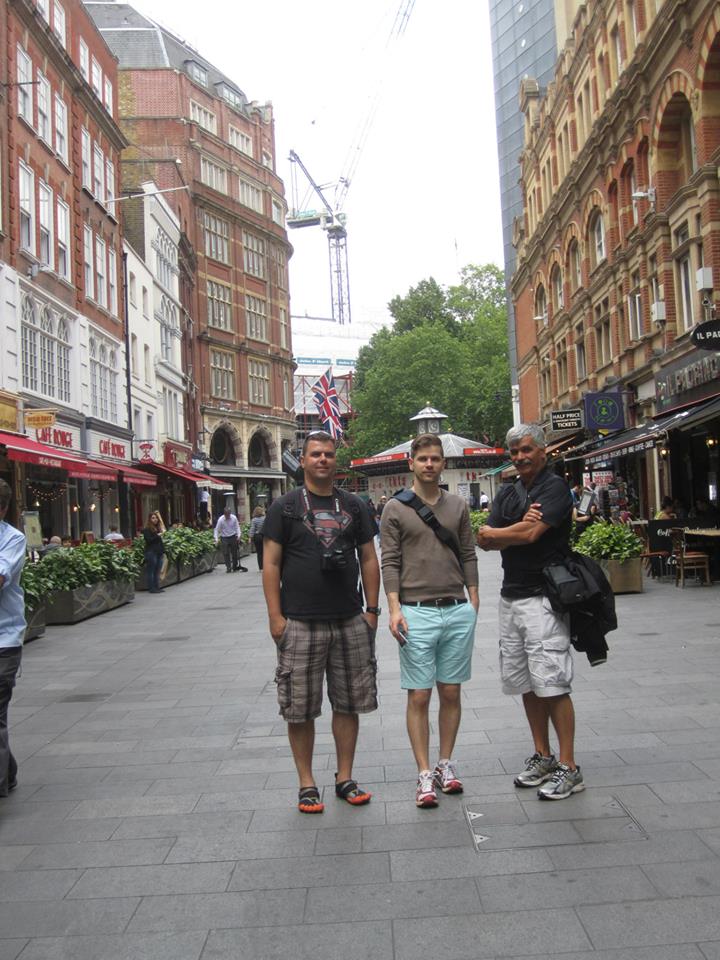 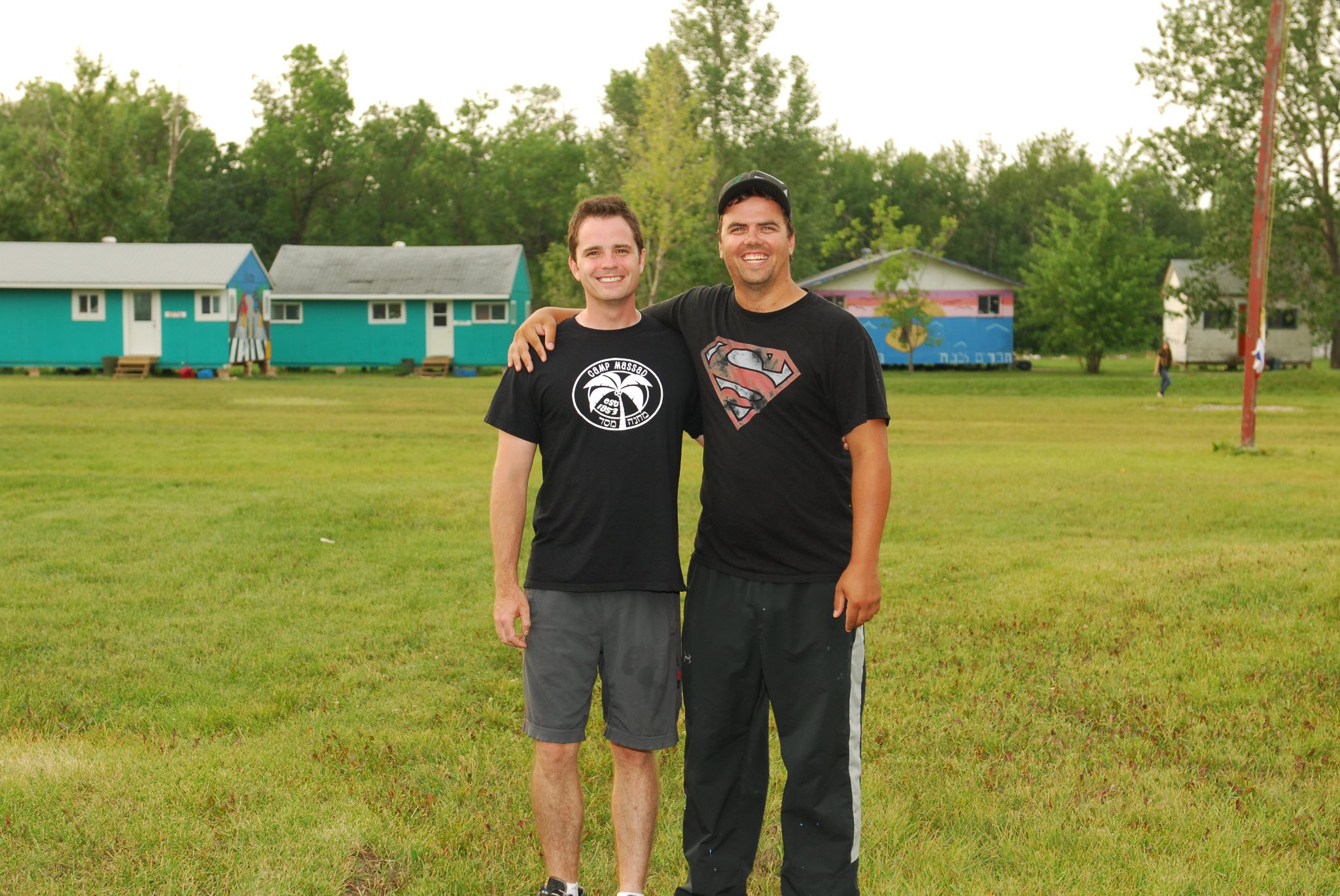 Even though I am not Jewish, I feel a deep connection to the Jewish community because of my relationship with Camp Massad. It's a relationship that started in 1997 when I took a job in the kitchen at the summer camp. It very quickly became clear to me that this was more than a job. This was a place that celebrated friendship, creativity, and integrity — values that have always meant a great deal to me. It was the beginning of a special relationship.

I was born in Winnipeg in 1980 to Cary and Donna Mahussier. My Dad's family has French and Irish roots. They farmed around Tisdale and Bjorkdale, Saskatchewan, and eventually moved to Flin Flon, where my Dad was born. My Mom's heritage is a mix of Romanian and Ukrainian, which explains why I like perogies so much! My Mom was also born in Flin Flon, and this is where my parents met. Both sides of my family settled in Canada around 1900.

My parents ultimately moved to Winnipeg and put down roots in St. James where my younger brother Chris and I were raised. My father worked as a software developer and my Mom was an Anglican minister. Both are now retired. I went to Ecole Bannatyne and Sturgeon Creek Collegiate. I studied mechanics, plastics, and culinary arts at Sturgeon Creek and played slotback and special teams on the football team.

Sports were a big part of my youth. Aside from high school football, I also curled and played team handball and baseball. Another important part of my youth was family travel. Every August, the four of us would hop into the car and take road trips. We visited Seattle, New York, and destinations across Canada. These are precious memories.

After I graduated high school in 1998, I decided to earn a Class 1 driver's licence and worked as a truck driver for a while at the young age of 18. I've always had an interest in vehicles, which led to my current job as Marketing Manager at McNaught Cadillac Buick GMC (at time of writing).

While I love the marketing work, I am also passionate about photography. I initially learned about photography from my Dad, who is an accomplished hobbyist. In 2015 I launched my business, 1812 Photography. I shoot portraits, landscapes, events and more. Capturing images appeals to my creative side — a side of me that was nurtured as an employee of Camp Massad, and now as a volunteer. It was Massad that gave me the courage to pick up the camera and pursue the craft professionally.

When I first came to Massad as a member of the kitchen staff, I was intrigued by the culture of the place and chose to get as involved as possible. As a working teen, Massad helped me develop confidence and step out of my shell. I conquered my fears of public speaking as a member of the kitchen staff one year when I wrote and performed a song (although I must confess that with my Irish/French/Romanian/Ukrainian background, my Hebrew isn't of the highest level). In later years, I was invited to join teams for Maccabia, the camp's flagship program. Among my many Maccabia highlights, I was very moved by a Hebrew production of The Diary of Anne Frank. It was a powerful learning experience for me.

What I experienced and what I observed was a place that is non-judgmental; a place that welcomes people and gives them the opportunity to be themselves; a place that attracts people driven by good values and exceptional warmth. I was inspired to work at camp for as long as it made sense, and grabbed the opportunity to volunteer for the organization when my summer-job days were over. Today I am a member of the Board of Directors and I chair the Facilities and Volunteering Committees. I am very proud of the improvements we have made to our property in the last few years and I am eager to do more.

One of my proudest moments was being named Camp Massad's Shem Tov Award winner for 2016. I don't seek recognition, but I admit that being honoured by my peers at Massad was a very special experience.

My Dad always taught me to fight the good fight. My Mom taught me to give back and help out. Camp Massad is one of the places where I can practise all of those lessons. I am proud to make modest donations every year — usually by replacing damaged sports equipment. And I am proud to leave a bequest through the Jewish Foundation of Manitoba's Endowment Book of Life program. It will be my final thank you to a camp and a community that have given so much to me.

The only thanks I need in return is the opportunity to hear a smiling camper say "Shalom, Dave!" and the growing body of evidence that I was one of many people who made a difference in young people's lives. I hope I will be remembered as someone who worked hard, cared deeply, and remained — as one of my favourite country music artists Tim McGraw sang — "Humble and Kind."