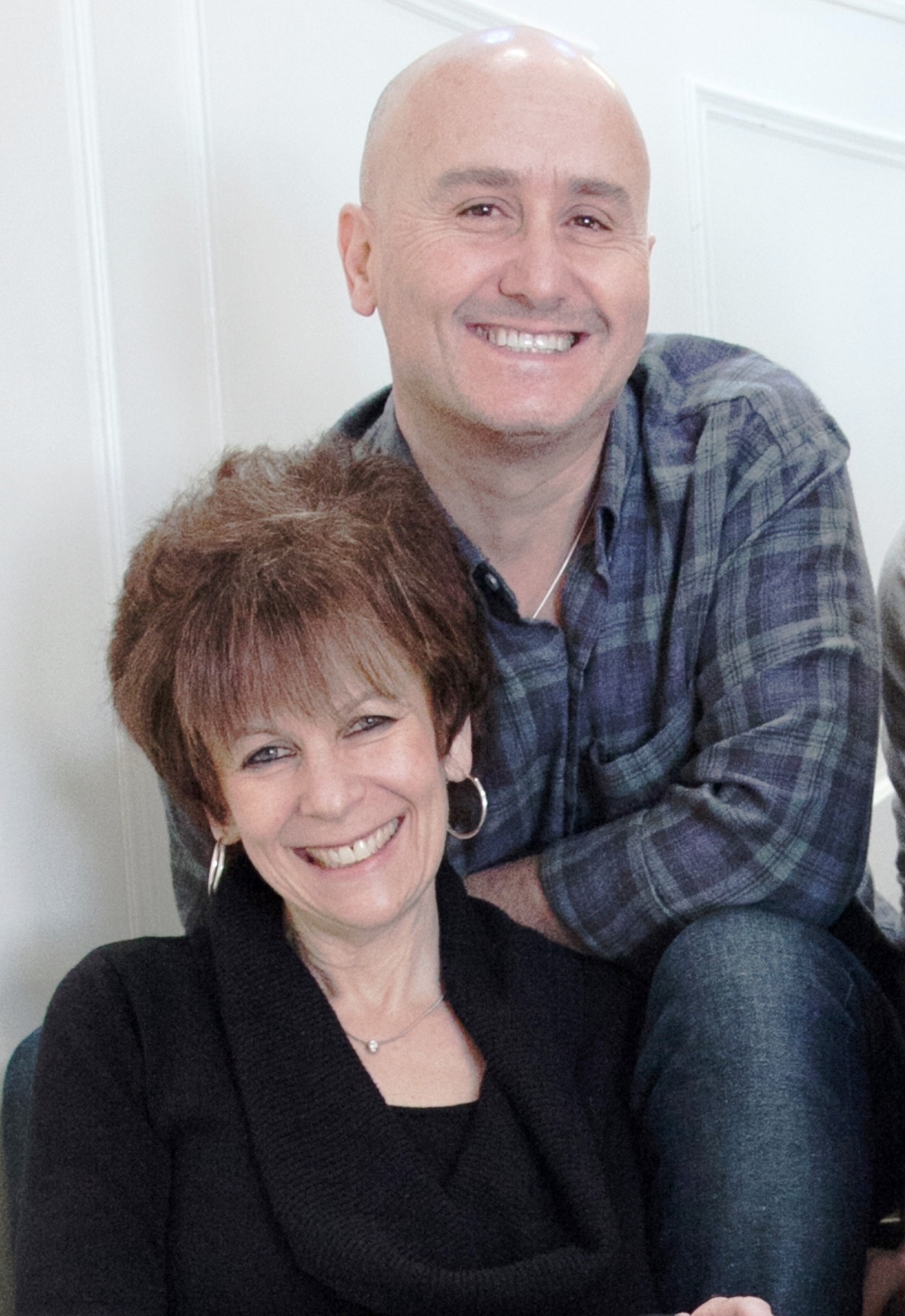 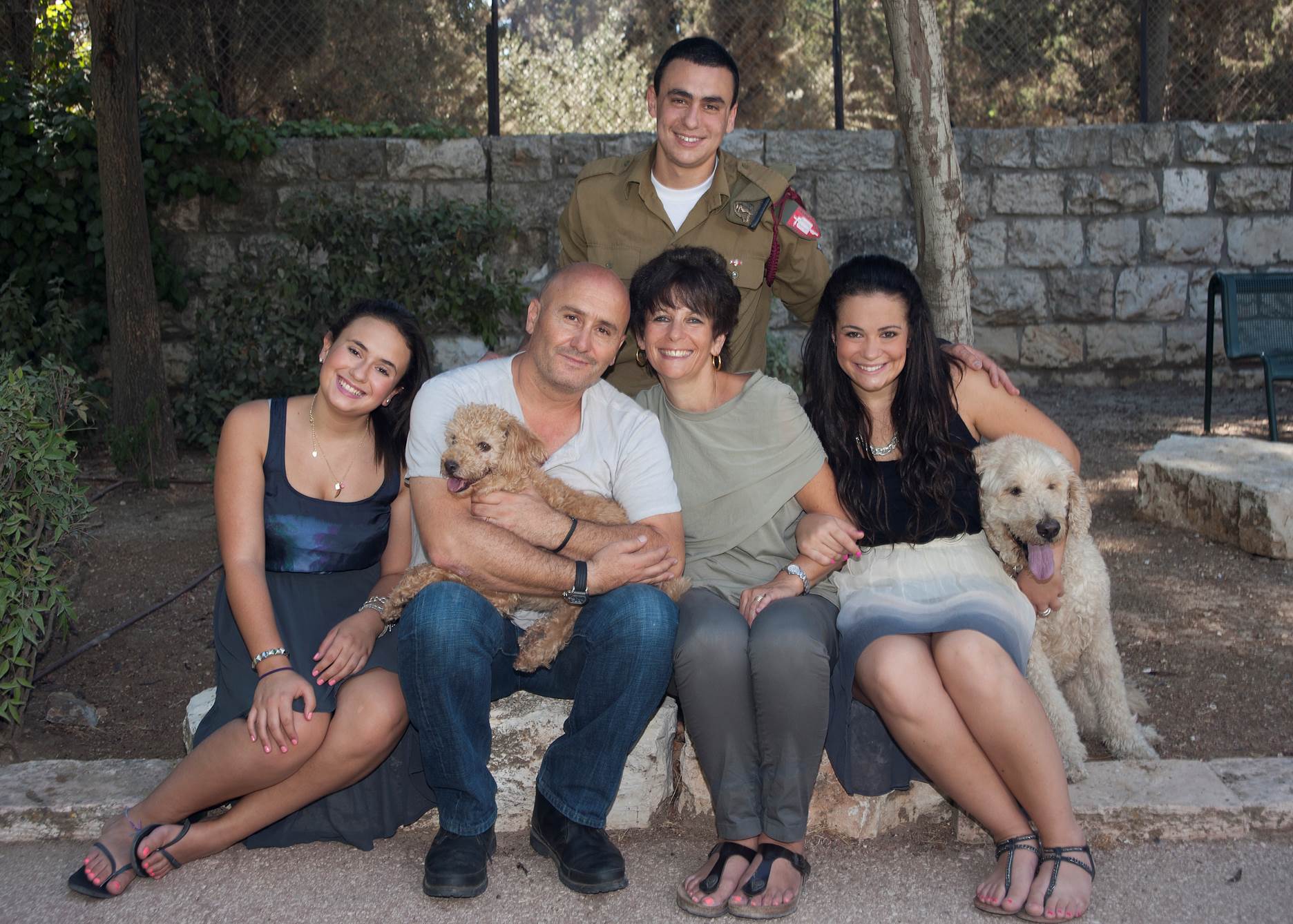 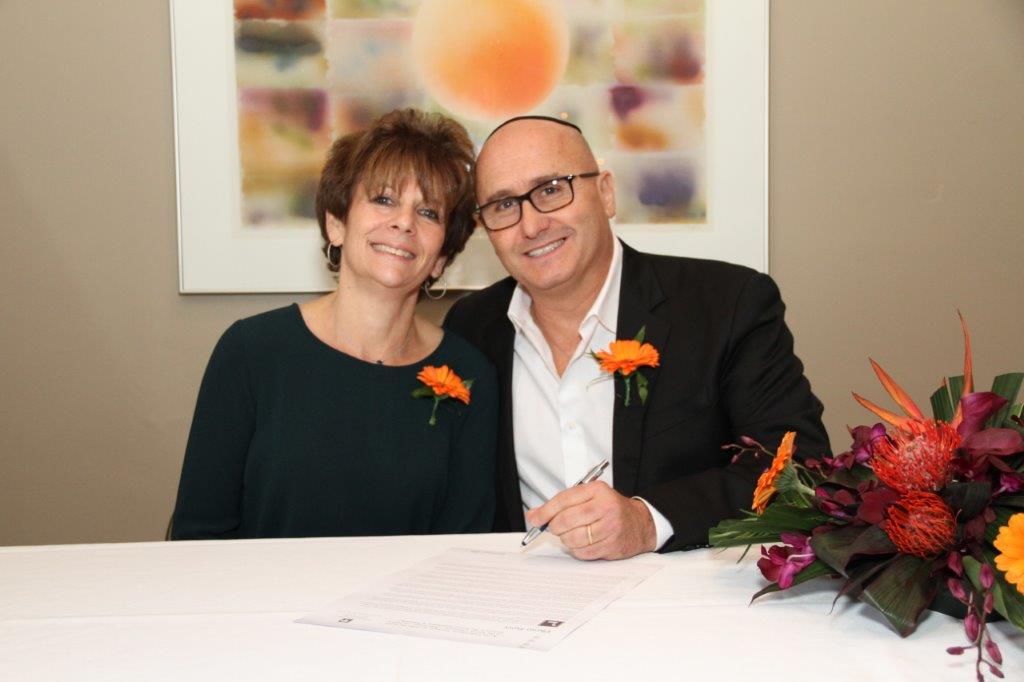 It's hard to imagine two birthplaces more different from each other than Moose Jaw and Morocco. But still, Danita and Michel Aziza found each other. Despite their differences in background, they are living a life of shared values and a shared passion for the community's well-being. Their three children also share their community spirit (not to mention a love of both kugel and matbucha — foods reflecting their mixed Ashkenazi/Sephardic heritage).

Danita, born in Moose Jaw in 1962, is the daughter of Murrey and Laila Dubinsky (née Basin). Murrey was the son of Boris and Beatrice Dubinsky. Boris was born in Russia; Beatrice in Brandon. Danita was very close her grandparents. Her grandmother in particular was a pivotal figure in Danita's life — she was wise, compassionate, and community-minded. Danita recalls her grandmother walking around Moose Jaw collecting charitable coin boxes for community causes up until the age of 90. Murrey, Danita's father, passed away in 2004.

Danita's maternal grandparents were Peter and Eva Basin of Russia and Boston respectively. Peter came to Canada in 1905 and settled in Regina. Laila, Danita's mother, lives in Winnipeg with her partner Boris Wolpow.

Danita lived in Moose Jaw until she was eight, raised with her brothers Howard and Peter. There were only 25 or so Jewish families in Moose Jaw at the time but she still has rich Jewish memories, including Shabbat dinner with her grandparents and attending synagogue. Weekly drives to Regina for Hebrew school produced more car-sickness than positive memories.

At eight, Danita's family moved to Calgary. Her first summer there, she went to Camp BB Pine Lake for three weeks. She cried from homesickness for 20 days and on the last day of camp, she cried because she didn't want to leave. She went to camp until she was 18. She was also active in BBYO. Both camp and BBYO were integral features of Danita's social life and Jewish identity.

After high school, Danita moved to Toronto to pursue her education in communications, public relations, and political science. She earned a Master's degree in political science and, later on, a teaching degree. It was in Toronto that Danita Dubinsky met Michel Aziza, a recent newcomer to Canada.

Michel was born in Tangiers, Morocco, in 1961. His parents — who still live in Toronto — are Ephraim and Paulette Aziza (née Serruya). Ephraim was born in Nedroma, Algeria, but his parents (Abraham and Sarah) and his six siblings moved to Tangiers in the mid-1930s because of rising political tensions in Algeria. In Tangiers, as in Nedroma, they ran a small dry goods business.

The Serruya family had lived in Tangiers for many generations. Michel's grandparents — Mimon and Rachel — had a comfortable life as Mimon had a senior position at the Bank of Morocco. He worked there for 50 years, starting as a 16-year-old with a broom in his hand.

Jews started to flee Morocco in the late 1950s. Michel's paternal grandparents went to Israel in 1958; his maternal grandparents chose to stay until Mimon left for Canada in 1973. As for his immediate family, the Azizas left for Toulouse, France, when Michel was a mere 40-days-old — Michel was gravely ill on the way. In Toulouse, the Azizas lived in a diverse neighbourhood and attended synagogue on Friday nights. Michel and his siblings, Albert and Jacqueline, went to Sunday school to learn Judaics.

By 1980, economic hardship drove the family to Toronto where Michel's grandfather had already settled. Michel started school right away — studying engineering at the University of Toronto. With a basic command of English, his university experience started poorly. To improve, he read the Webster's Dictionary from start to finish on his commute. He earned his engineering degree and started working at GM.

Danita and Michel met at an exercise class in 1985 at the JCC on Bathurst at Sheppard. They got married in 1986, exactly one year after their first date. In 1989, they moved to Boston for two years as Michel pursued an employer-sponsored MBA at Harvard. Their daughter Tali was born in 1990; Benji in 1992; Rachel in 1997.

They returned to Toronto in 1991 and Danita started to suffer from chemical sensitivities and allergies. In 1995, motivated by her own experiences, she launched Healthy Home Services Inc. to help improve indoor air quality.

In 2002, Michel received a job offer from New Flyer in Winnipeg. He told Danita: "I want to take you back to your roots"! Danita wondered aloud: "You want to take me to Moose Jaw?". The roots Michel spoke of were western Canadian ones, and despite loving Toronto, the family moved.

In 2005, at the age of 44, Michel underwent emergency bypass surgery. A wake-up call, he says, about the intensity and hours he put into his work. Before surgery, Danita promised Michel that when he recovered they could try living in Israel — a dream they shared.

Three years after surgery, the Azizas packed up and moved to the small Israeli city of Even Yehuda (coincidently only seven minutes away from Michel's grandparents' graves). They lived in Israel for four years until a business opportunity to help an Israeli tech company expand into North America brought them back to Winnipeg in 2012. The business ultimately wound down and Michel retired in 2015.

Michel now devotes his time to making challah for Shabbat and making up for lost time in community service. Danita does marketing work for health-related companies and is also a very active volunteer. Among other activities, Danita is the Chair of Jewish Child and Family Service. Michel is one of the key leaders of Operation Ezra, a Jewish community-led initiative to rescue Yazidi people and bring them to Winnipeg. Michel says that the idea of helping a struggling people appealed to him because of his family's own experiences, and because of his keen interest in the Holocaust. Through JCFS and Operation Ezra, Danita and Michel each work to bring people to safety.

Danita and Michel are modest in speaking of their own accomplishments, but bold in expressing their gratitude for — and love of — the Jewish community of Winnipeg. They were both raised with a passion for Jewish life and for Israel, and were taught that when you can, you should help others. Their participation in the Endowment Book of Life project is a reflection of these values, and an expression of their gratitude.