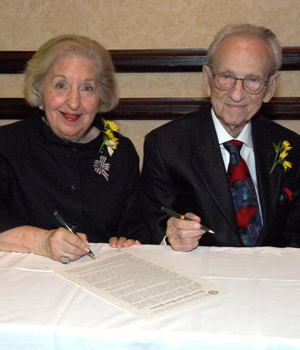 May and Dan Tallman 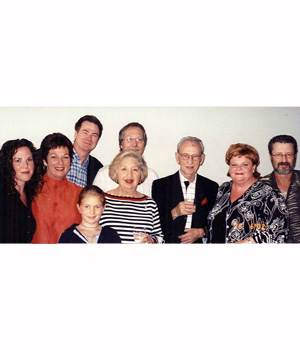 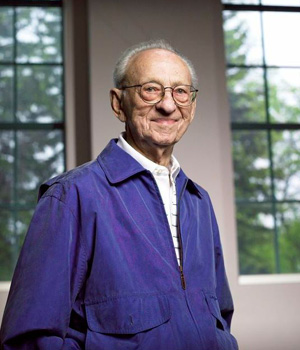 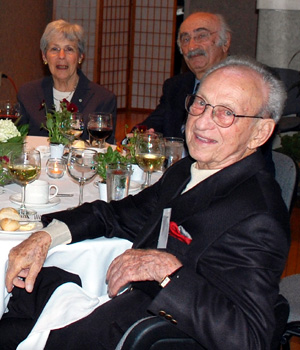 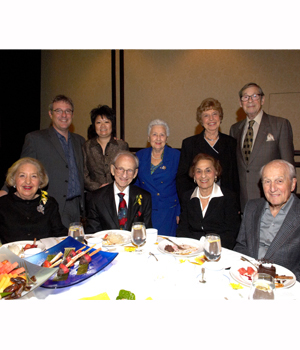 Dan and May Tallman with their guests at the Endowment Book of Life event, September 25, 2007

"Tough and funny and a little bit kind: that is as near to perfection as a human being can be" says author Mignon McLaughlin. "Perfection" may not be the way Dan Tallman would describe himself, but he has had to be tough, he is by nature funny, and he is more than a little bit kind.

Dan's parents, A.M. "Mike" Tallman (originally Tatelman) and Clara Salter (originally Solitrow) came from Bessarabia and Russia respectively at the turn of the century. Mike originally homesteaded near Beausejour, Manitoba but by the time they married in 1910, had established a home in Winnipeg. It was there that Dan was born in 1917.

At 14, Dan left home to head up north where he worked as a fur trader and also for the God's Lake Gold Mine. The mining company was happy to have him as he was an excellent asset to their baseball team.

He returned to Winnipeg where his father had developed Tallman Excavation, and he became involved in the business. He served a stint in World War II with the Royal Winnipeg Rifles, and when he came home, in partnership with his brother Erven, he started Tallman Construction Company. An early project was the building of the first drive-in theatre in Winnipeg. It was on Pembina Highway and created quite a stir at the time.

The company began to specialize in building airports. Dan recalls that when they first bid on the Portage la Prairie airport, other contractors were upset that this upstart got the contract. With determination, he befriended the head of construction for the federal government and, after a year, the deal was settled and for $1.3 million, they built the airport. They went on to work on 62 different projects at airports across western and northern Canada, and one in Sri Lanka (Ceylon). For some time they held the record for the longest project - two runways at the Edmonton airport which were each 11,000 feet long. From building a dam on the North Saskatchewan River, to joint ventures with Henry J. Kaiser, each of their many projects is a story in itself.

The Tallman enterprises expanded to include Tallman Gravel and Building Supply (ready mix concrete), Provincial Concrete and Tallcrete (concrete block), and Tallman Paving and Equipment Rental. Heavy construction and land development, business growth and family growth, negotiation and consultation, highways and runways and projects of all kinds kept Dan extremely busy. He thrived on the building process — taking a dream and seeing it through to completion. Some of the values he attributes to his success are: Work very hard; Think things through thoroughly and take time to plan; Be willing to take risks; Learn from mistakes; Never go back on your word; Keep it as honest as you can; Be tough but fair; Be generous but sensible. All in all, he says, "it was a hell of a run."

With the first money he made, Dan bought his wife a car. He built his family a home on Wellington Crescent. He enjoyed having the means to be good to his family and to his employees. (He has been lucky in love, he says, with good marriages first to Sally Robbins, and then to May Mindess Tadman.) And he has been good to the community. He was one of the originators of the Jewish Foundation of Manitoba in 1964, solidified his commitment with a major gift during his lifetime, and is perpetuating that commitment through the Endowment Book of Life. "It's better to be the giver than the taker", he quips, and adds a word to the wise: "To be successful, give more than you get." Words to live by.