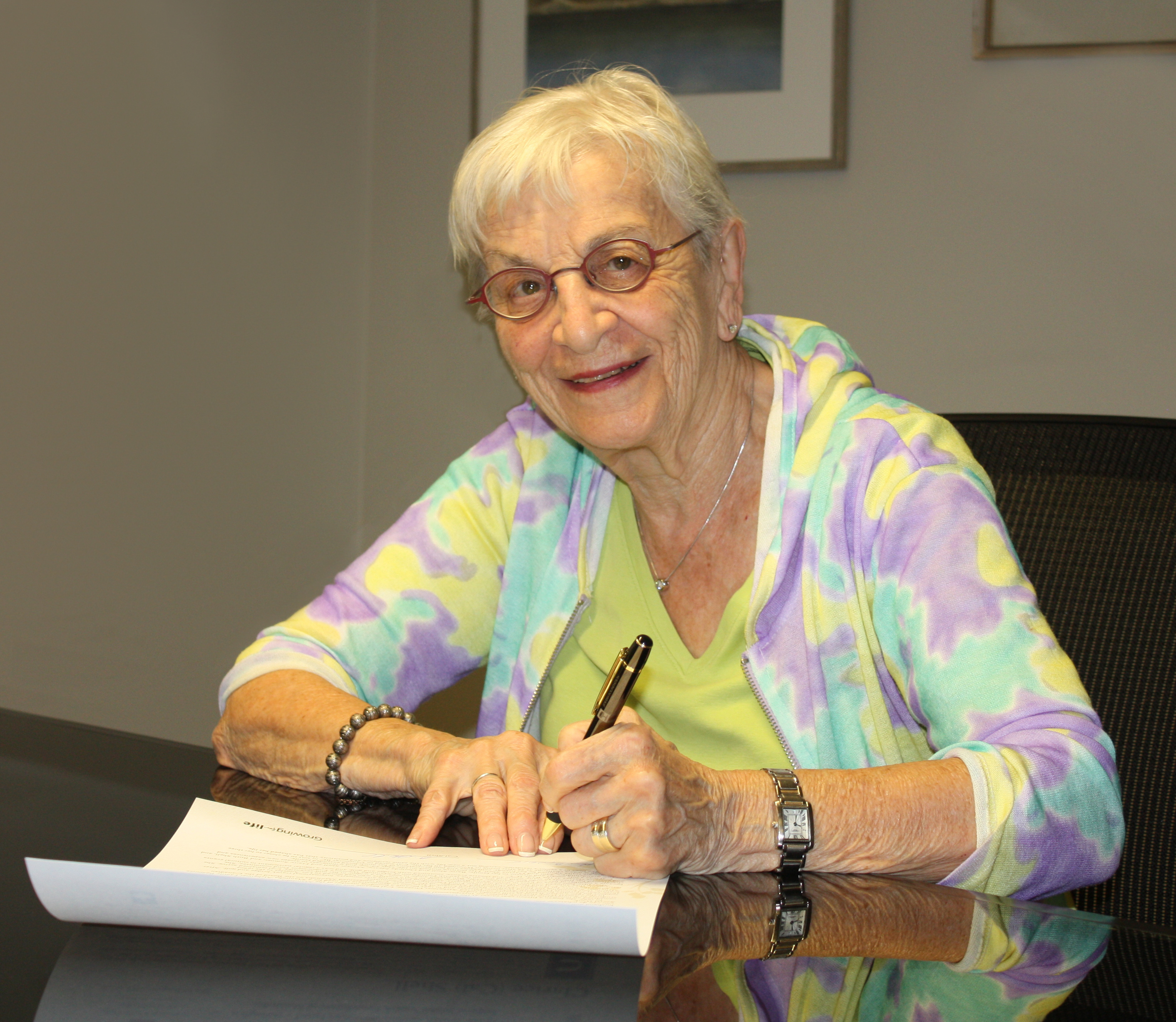 Call Shell signs her story for the Endowment Book of Life 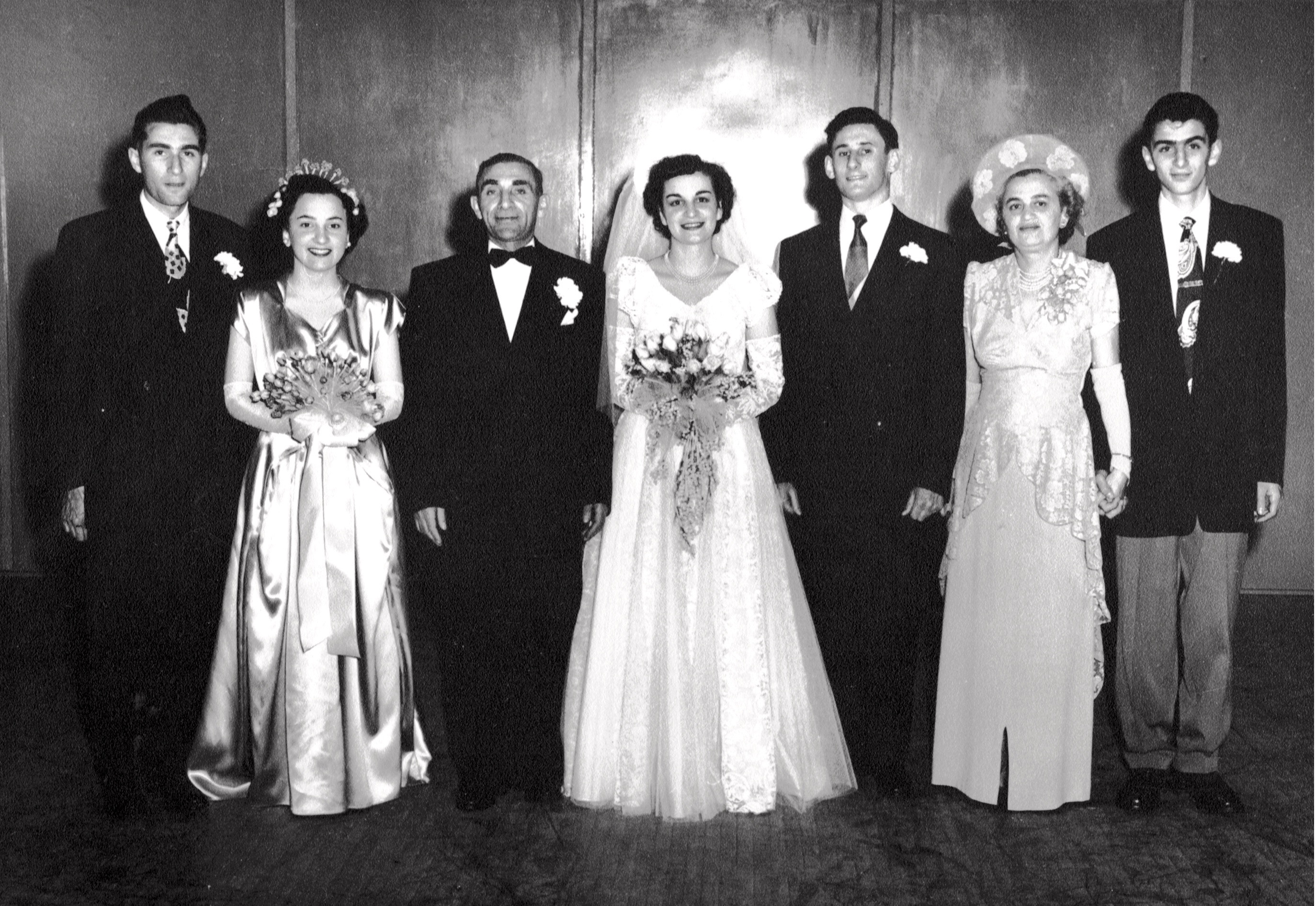 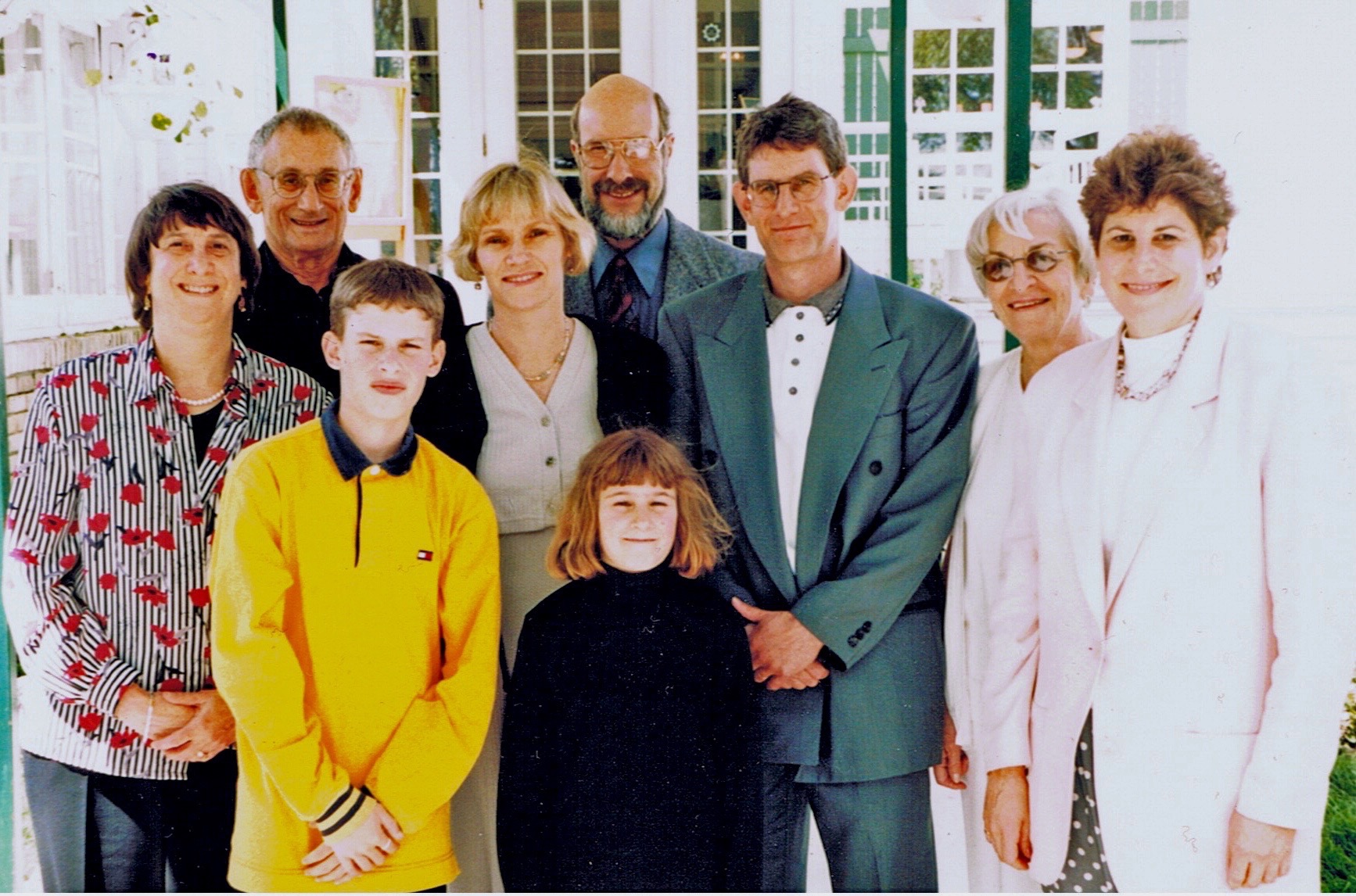 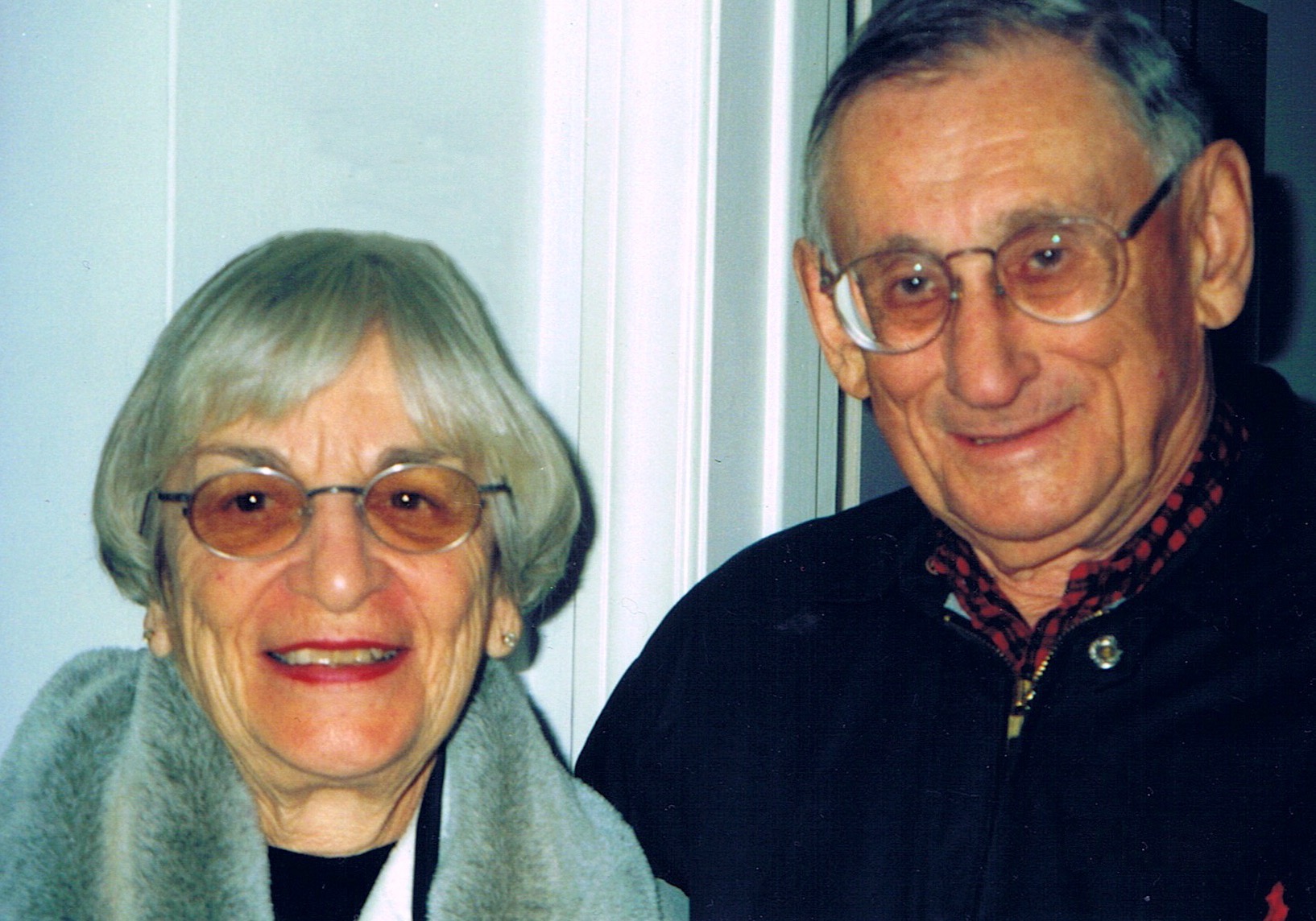 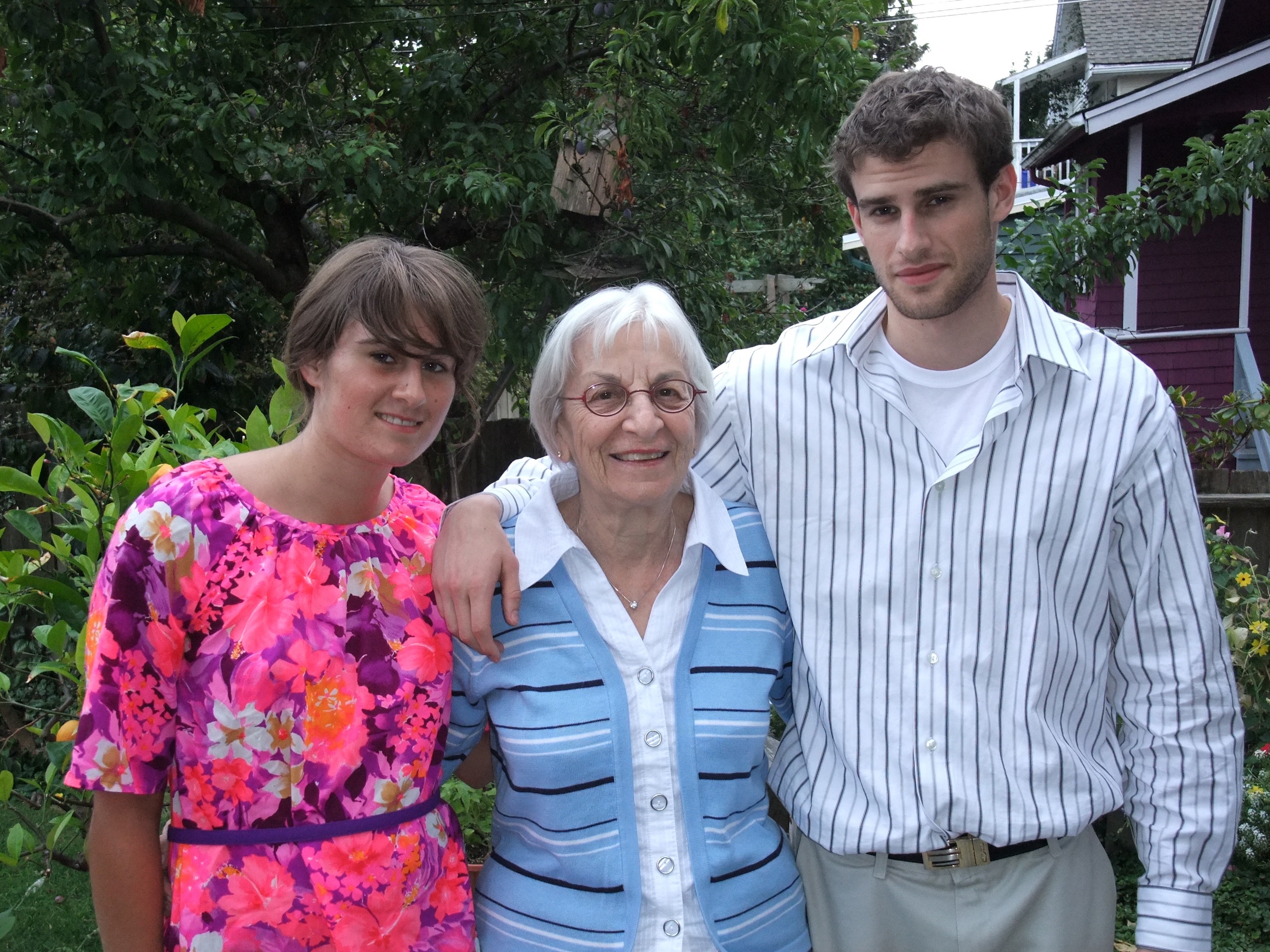 Cal with grandchildren Davina and Sam 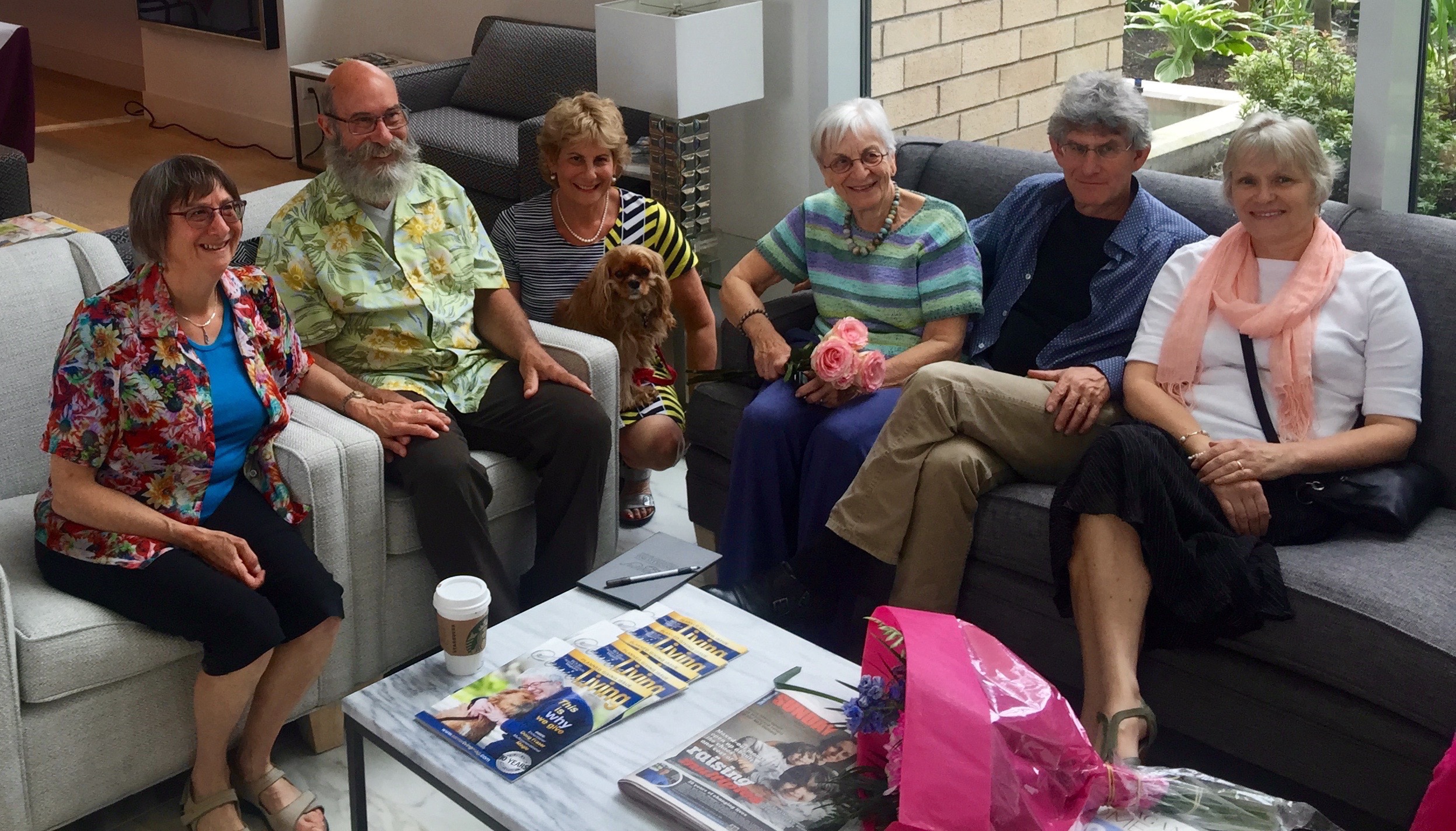 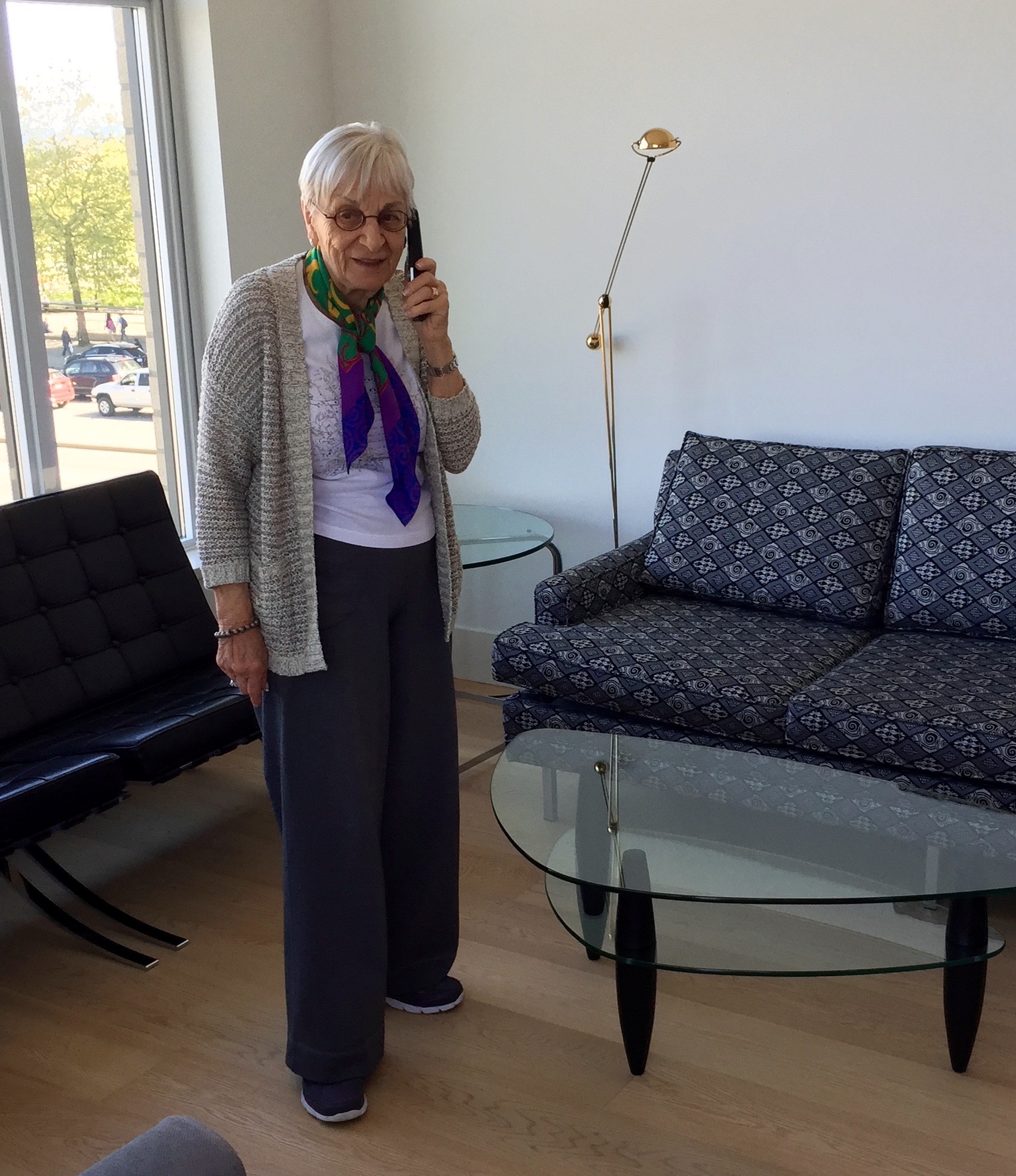 Clarice (Cal) Shell was born on May 7, 1927. She was the daughter of Joe and Razel Marantz, who were engaged to be married when they emigrated from the Ukraine in 1921 in search of a better life. Beryl and Rivka Hack, Razel's parents, gave the couple a gold rubel as a parting gift, which was later fashioned into their wedding ring. It became a treasure and tradition to be used in many subsequent family wedding ceremonies.

Cal's earliest memory is of the family home on Mountain Avenue where she grew up. They were on a main streetcar line. "My tiny bedroom faced the street and if I close my eyes, I can still hear the conductor clanging his bell." Cal's father planted a huge garden where he grew produce to store for the winter. She had two brothers: Chip (Abie) and Basie.</p><p>Her father was a fiercely proud Labour Zionist and there were always political conversations at the dinner table. The family were members of the small breakaway Folk Shule. It was an old house on Charles and St. John's where Cal went for Jewish studies from Grade 1 to Grade 6. She attended Machray School and then St. John's High School where the yearbook entries from the 1940s describe Cal as "energetic and capable—always talking, full of fun, a swell girl liked by everyone. Clarice gets our vote for the girl who did the most."

Cal worked as a counsellor at Bnai Brith Camp, north of Winnipeg Beach. There, Lou Rusoff, who was camp director, recognized Cal's potential and recommended her for the position of Girls' Programs at the YMHA in 1948. When her father heard that she was offered a job for $25/week, he said, "I'll pay you $30/week to work in the store." He owned the well-known "Man with the Axe" department store where her brothers worked. But Cal had bigger plans. She took the job at the Y. It was at camp and the Y that she was nicknamed Cal, a name that stuck.

In 1949 she married Ben Shell, a medical student. Ben used to come to the YMHA to wait for her to finish her shift on Saturday nights at the teen canteen, a popular hang-out for young Winnipeg Jews. As part of her work at the Y, Cal started the first Jewish Day Camp in Winnipeg on the grounds of the Jewish Orphanage on Matheson Avenue, Camp Playmore.

One of Cal's mentors at that time was Professor Anne DuMoulin. Anne came to the YMHA in search of placements for her social work students and that began a long and significant friendship. She inspired Cal to embark on a life-long career as a community volunteer and professional social worker. Cal served as president of the Winnipeg Community Chest and was on the board of the Winnipeg Social Planning Council during the 1950s.

Cal and Ben built a designer home and moved to River Heights where they lived for twenty years raising their three children, Barry, Miriam and Ruth.

After Barry became Bar Mitzvah in 1964, Cal went back to university to get a Bachelor of Social Work degree. She was 37. It was unheard of in those days for a woman to "neglect" her home and family for such loft pursuits, but she had the support of a liberal-minded husband and never forgot the words of her grade one teacher, Miss Schwartz at the Folk Shule: "You can be whatever you want to be, and you can do whatever you want to do." That year, Cal won the gold medal for the highest grades in her class and went on to earn a Master of Social Work.</p><p>In 1967, she began a fifteen year career at the University of Manitoba as a professor in the Faculty of Social Work. During her tenure, she completed an innovative research project on Interpersonal Communication Skills, which ultimately led to the creation of a required course for students in Social Work that is still taught today.

In the 1970's when Razel Marantz contracted Alzheimer Disease, Cal became one of her mother's primary caregivers. She advocated for support for families living with Alzheimer Disease and in 1982 became a founding member of the Manitoba Alzheimer Society. She won a three-year National Health and Welfare Research Grant of $250,000 to demonstrate the need for a Manitoba Alzheimer Family Resource Centre, thus becoming the first "Distinguished Member" of the Society. Cal represented Manitoba on the Board of the Canadian Alzheimer Society for yen years and chaired their Fund Development Committee.

Over the years, Cal and Ben shared many interests: attending performing arts concerts, international travel, bridge and golf. After retirement, they enjoyed winters in warm Santa Barbara, close to Cal's brothers who had moved to Los Angeles in the 1960s.

After fifty-four years of happy marriage, sadly Ben passed away in 2002. As a widow in her mid-seventies, Cal remained active. She became a member of her condo board and was on the Manitoba Jewish Foundation Women's Endowment Fund committee. She chauffeured her friends to many music and theatre events, continued with bridge and golf, and was a regular participant in cultural events and exercise classes at the Rady JCC.</p><p>Cal was a role model and mentor to her family, Barry Shell and Dorinda Neave, Miriam Shell and Harry Sumner, and Ruth Shell, and her two grandchildren, Sam and Davina Shell. Her positive outlook on life, sage advice, and willingness to accept new experiences and challenges are traits admired by her friends, colleagues and four generations of her much-loved extended family.

Though it was a challenge at 88 after living in Winnipeg all her life, Cal moved to Vancouver BC in 2015 to be closer to her three children. She lives in a seniors residence, carving out a new life with the same resilience and positivity that has shaped her life.