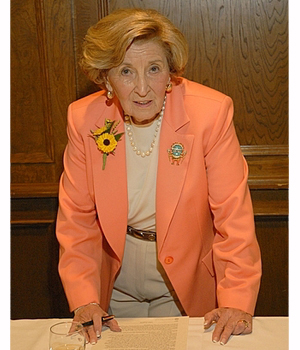 Claire Pudavick adds her story to the Endowment Book of Life 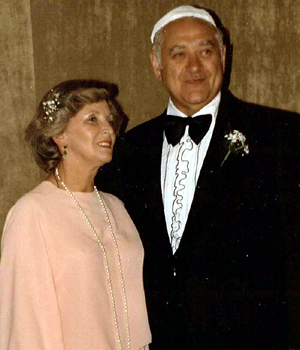 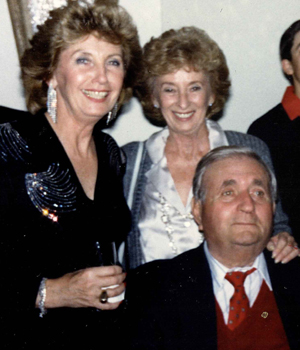 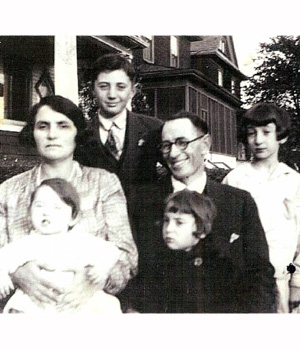 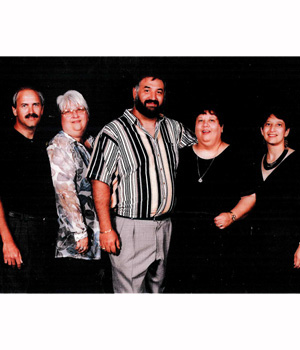 Claire was one of four children (Roy, Ceci, and Myna) born to Benjamin and Anna (Goretschovsky) Rashcovsky. Both of her parents were from the same small town in Russia but arrived in Winnipeg separately and unattached. Circumstances unfolded as they did and the rest is marital history. Ben was from a family of butchers and gravitated towards the cattle business. Claire remembers her father as "often traveling, very quiet, and rarely disciplining the children"- that task he left to Anna. The raising of the children and the organization of the home was the responsibility of Anna. Anna's family background was in the Jewish Police in Russia so she had no problem carrying out her husband's messages as she "policed" the family from her kitchen. She did this in such a loving and positive manner that Claire comments that she never considered marrying outside of a Jewish environment; additionally life is difficult enough so why complicate the situation. To this day Claire gravitates to those people and things that are Jewish.

Life as an adolescent in Winnipeg was good. Claire attended the north end schools and received Jewish instruction at the Peretz School and from Rabbi Finklestein. Claire loved the opportunity to socialize that school afforded her, rather than the classes. Because of her outgoing personality she developed an interest in all things social, from volunteering as a Girl Guide Leader, to raising money for Jewish organizations, to pursuing anything artistic. After high school Claire attended Success Business College and began a working career that had stops at the United Jewish Appeal and the City of Winnipeg bicycle licensing department.

In June 1943, at Picardy's on Broadway, eighteen-year-old Claire married nineteen-year- old Jerry. She shakes her head when thinking about how young they were. They had 41 good years together before Jerry died in 1984, much too young. Together they had five children, Michelle (Jalil), Sharon (Robert), Robert (Glory), Stuart (Beth), and Janis (Ron). These five children have provided Claire with 10 grandchildren and six great grandchildren and counting. Claire describes herself as a supportive wife as she watched Jerry move from garment design to blueprint design to general contractor. Jerry developed a number of commercial and apartment complexes that afforded the family a comfortable lifestyle while allowing Claire and Jerry the luxury of pursuing their passion for collecting antiques.

Claire feels that her older sister Ceci had a strong mothering influence on her. Ceci taught Claire to have high standards so that she would have something to strive for. Both Roy and Ceci have passed away and Claire spends a great deal of time with her younger sister Myna in Palm Springs and Winnipeg. Regardless of where she travels to and how long she is away, Claire feels strongly that Winnipeg is her home and she is fortunate that her sons, Robert and Stuart, reside in Winnipeg. As a mother, she feels that it is not her place to provide parenting advice to her children at this stage of their lives, in that way she is following what she saw in her own mother. However, regarding her grandchildren and great grandchildren, that is a different matter. From Claire's life she has learned two credos that she is passing along to them: "to stand on your own two feet and you'll be O.K." and "if you don't expect then you won't be disappointed."

These comments work well also for the Winnipeg Jewish Community of which she is very proud. She feels that the Asper Campus has been a galvanizing experience for the local community, which basically did it on its own.

Claire's purpose in becoming a "signer" in the Endowment Book of Life is to not only to have an easily accessible story but also to use it as a way of conveying to her offspring some of which she has learned in her own life. The efforts that Claire and Jerry spent on charitable activities, either with the White Cross Guild, Variety Club, Rotary, Winnipeg Symphony or Ort and Hadassah, should be seen as reminders that it is important to lead a life that is not one dimensional. Claire feels that her children have learned and are living that lesson and she now hopes that her grandchildren will follow that lead. In this manner her legacy to the community will be to fund someone's goal for further education while educating her family on the importance of living a thoughtful life.