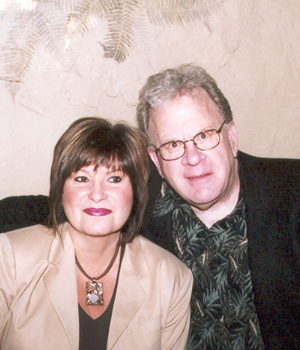 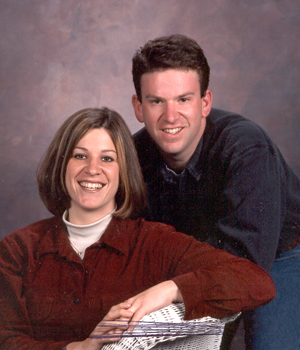 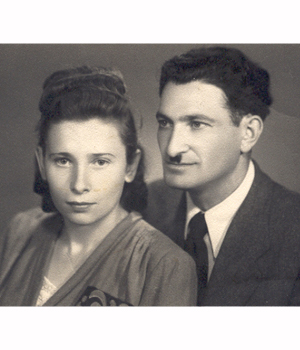 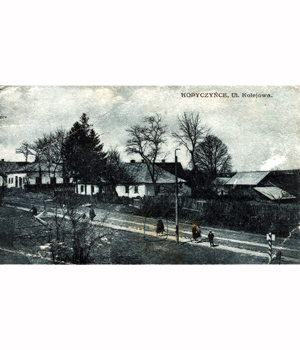 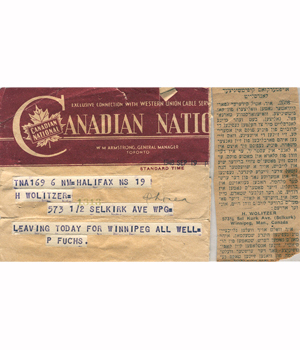 Documents related to the journey to Winnipeg

I was born in a refugee camp, Lager Wegschein, Barak 44, outside the city of Lintz, Austria on March 25, 1947. My parents, Pinkus (Pinio) and Nettie Fuchs (nee Hirsch) were from Kopycynce, Poland, not far from Lvov.

By mid year 1943, the war had ravaged my parents' families. My father lost his entire family — parents, 3 brothers, aunts, uncles and cousins. My mother, having lost her parents, 3 sisters and approximately 67 relatives, considered herself very fortunate as her 2 brothers, Morris and Max, and 2 cousins, Sabina and Miriam, survived. I do not remember the words "killed" or "murdered" during my upbringing. Their family had died, "geshstorben."

I have wonderful pictures of myself and my parents taken in Europe after the war. These pictures do not show the horrors of their recent past or the hardships of refugee life. The pictures tell a different story. My parents are very elegantly dressed. They are beautiful. I'm decked out in a fur coat. My birth, the clothing, the picture taking itself, reaffirmed their survival, their desire to live and embrace life.

In 1948, after a year and a half search, the Red Cross found my father's second cousins, Hymie and Ethel Wolitzer, in Winnipeg. We were sponsored. By September of that year we arrived in Canada to warm embraces, warm hearts and a home. Ethel's brother, Lawrence Seder, and his wife Ella took us in. The following year my uncles and aunts arrived. We were a family. Family was home. Winnipeg became home.

When we arrived in Canada I was 18 months old. I was walking and talking. In fact, I spoke complete sentences in 2 languages, Yiddish and Polish.

Surprisingly, I have many memories of our 1st years in Canada: living on Mountain Avenue with the Shop family whom I remember with great affection and warmth, living on Burrows Avenue, 1st on the top floor of a house close to the old synagogue, then in the Carmen Apartments on the corner of Burrows and Salter, and finally in a house just west of the Carmen Apartments which became home for 5 years until I was 10.

Our home was part of the main floor of a duplex having been converted into 2 suites. Mrs. Palay lived in the back and played the radio, CJOB all day. We lived in 3 rooms. What must have been the original dining room became my bedroom. The living room was a bedroom at night. We had a porch. It became a stage where David Katz (Sam's brother) and I danced. Arnold Naimark's relatives lived upstairs. He visited often. Burrows Avenue was home to many Jewish families, including many new immigrants. The street was full of people and kids. My playmates included Esther Stall, Sharna Muttner, Isaac Applebaum, Nelson Wiseman and of course my dance partner, David.

I remember the outdoor market, movies at the Palace Theatre and the Jewish Theatre on Selkirk Avenue. I remember being happy. I had no awareness of my parents' past, no sense of fear, no thoughts of being different and no sense of poverty. I loved life. I felt strong and free.

My school years started in kindergarten at Peretz Folk School on Aberdeen. I came home using swear words, my parents moved me to William Whyte School for grade 1. There my name was changed from Klara Fuchs to Clara Fox. My parents were told to speak only English in our home. From that time on Polish was only used during my parents' private conversations. Polish was lost to me.

Shortly after grade 3, without my parents' knowledge, I enrolled myself at Peretz Folk School for grade 4. I was 8 years old and missed my friends. Imagine my parents' surprise when the call came for tuition for the following year. Of course I was allowed to go. Being an only child, willful, much loved, my way was usually allowed.

My school years included William Whyte, Peretz, Jefferson Junior High, Garden City Collegiate (we moved to West Kildonan when I was 10 into our own home), Sir George Williams University (now Concordia) in Montreal and the University of Manitoba. At 19, I traveled through Europe, lived in Israel as well as Montreal. I had a wonder lust for the world.

My varied working career included cleaning jackets and helping at my uncle's factory, sales clerk, proofreading, modeling accounting and counseling at a phone-in distress centre. I became a social worker, and worked at Stony Mountain Penitentiary for 51/2 years. There, in addition to counseling and parole preparation, I developed a case management module, the conjugal visiting program, trained staff and was one of two in-house hostage negotiators. I also sat on several boards, including the United Church Halfway Homes, MACLD and was President of the Parent Teachers Association at Laidlaw School. For the past 21 years, I've worked as a realtor.

Life was not always easy. When I was 14, my father suffered a serious heart attack. My parents sold our home and bought a grocery store at Powers and Jefferson. We lived behind the store. My parents chose this store to keep me close to my friends. I always came first.

The next 16 years were filled with joy and hard times. While I partied, dated, traveled, married my husband Doug Hoffer, graduated and had 2 children, Matthew and Rebecca, my parents rejoiced in my life but struggled in theirs.

My parents worked 7 days a week, 14 hours a day. My father's health deteriorated. He faced heart disease, diabetes and complications thereof. War time memories returned, screams in the night, then calming whispers. When I was20, on my return from Israel, my mother suffered her 1st of many nervous breakdowns. They were severe. Her illness included depression and psychosis. The war returned. The Nazis became the mafia. They were out to kill her for no reason. She tried to run and hide. Medications and electro shock therapy helped for short periods. Within 4 years my mother was diagnosed with breast cancer which became terminal.

Life was not kind to my parents. My parents were kind and selfless. They encouraged me to live my life and tried to protect me from theirs. They loved me, my family and their extended family. Their love nourished us all.

My Uncle Morris, on his way home from work each day, stopped in to see his sister and received the best portion of the evening meal my mother had prepared. Her nieces came over for sleepovers. My friends felt more at home in my parents' home than in theirs. When Hymie Wolitzer passed away, Ethel stayed with my parents and adjusted to her new life. When Matt, our 1st was born, life was truly enriched. Through sickness and 14 hour work days, my parents, with joy, babysat our son all week while I attended university. Rebecca, our 2nd child was not as fortunate. She was born 22 months before my mother's death at the age of 60.

The last 2 years before my mother's death were very hard. My mother was hospitalized for long periods of time. 18 months before her death my father had a heart attack. He was hospitalized. His legs became infected with gangrene. He had 3 surgeries under local anesthetic, he was awake as they amputated below and then above, then above the other knee. He never said a word. It took me many years to remember this, his quiet resolve. For those 18 months, my father was wheeled to my mother's bedside where he sat all day every day until her death, when he cried for the 1st time - not for himself but for her. She had many dreams in her youth. Life did not present her with many opportunities to realize them. Her friends would always describe her as a women with wisdom, depth of character, someone worthwhile talking to.

My father was a great dancer. Ballroom dancing was his favourite. I don't know how my father accepted his loss of limbs, but he did. He was determined to live life as best he could. He was fiercely independent. We wanted him to live with us after my mother's death. My father refused. He would not be dependent, a burden to us. I insisted. He agreed, but only if he could walk on prosthetics. He was not allowed to try. Medical opinion was that no one of his age or condition had ever adapted. My father wore them down. After months of arguing and refusing to leave the hospital without rehab, they relented, expecting him to fail. My father came home with us walking on prosthetics with 2 canes. He was honoured by the St. Boniface Hospital. He came home. Home is family. He came home to play with his grandchildren, giving them chocolates behind my back, taking them to Polo Park in the Handi Transit van.

When I was asked to participate in the Endowment Book of Life, the appeal was immediate. My parents taught me to be proud of my Jewish heritage, to respect myself and others. This is dedicated in their honour, to their true grit and selflessness.