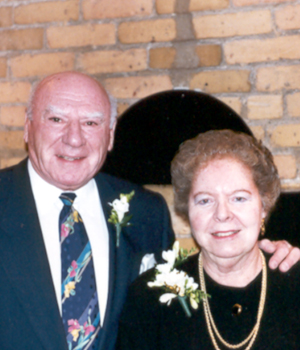 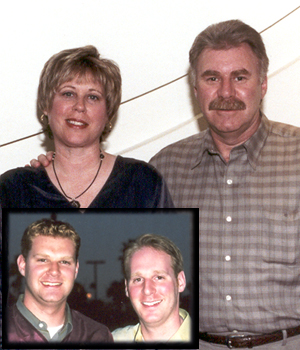 Marty and Linda, with sons Sean (L) and Adam (R)|Jeff and Becky, with daughters Cara (L) and Shira (R)|Ronnie with Reynaldo 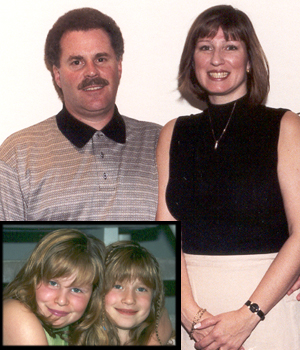 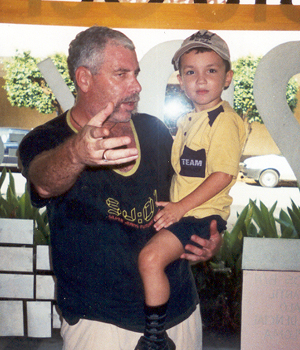 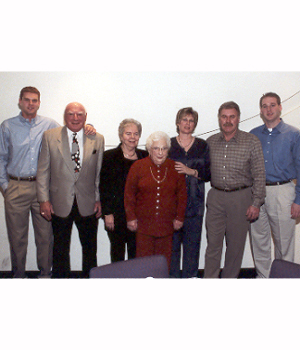 As we review our lives first as individuals and then as a couple it becomes obvious that we started life down separate paths until they intersected.

I am the son of Israel Dveris who as a Russian cattle-dealer/butcher had experienced one pogrom too many and packed up his wife, Sarah (Freedman), his daughter Lil (Portnoy) and me at six months old and came to Canada to join his wife's family in Winnipeg. It was here that my younger brother Harry was born. Winnipeg's Jewish community needed another kosher butcher like a dog needs fleas but nonetheless my parents opened Dveris' Kosher Butcher on Pritchard and Parr.

Reflecting on my early years, I remember the lessons taught to me by my father and grandfather. My grandfather Motel was a religious man who taught me about the importance of religion, family, charity and "doing the right thing" while my father taught me how to live in the general community and how to take care of myself. My nickname "Butch" came from both being the butcher's son and from being able to defend myself if necessary.

After graduating from St. John's I began my working career at 16 and am still going strong at 82. First starting at Shapiro's general store in Emerson I soon realized that I wasn't earning any money. I got a lift back to Winnipeg and soon after I started at Perth's Dry Cleaners. Developing a route from Burrows to Mountain Avenue I began to realize that in order to earn a good living I needed a commission not just a salary. After tough negotiations I developed a healthy working relationship that lasted from 1936-1945. It was while working this route that I met Claire Miles.

I am one of six children born to Jacob and Esther (Thompson) Miles. My father was from Pinsk and my mother from England. Jack as he was called, was tough, lovable and sociable, while my mother was strict and family oriented. Together they raised their children, Nathan, Richard, George, Celia, Anne (my twin) and myself in relative comfort as my father operated "Western Theatres" which at one time had fifteen different locations. Living a very typical Jewish life on Cathedral Avenue, I graduated from University of Manitoba, Home Economics, and in 1945 left to live in British Columbia to establish my own independence. One year later with my parents' blessing I returned to Winnipeg to marry David who I first met when he dropped off and picked up our family's laundry.

1946 saw us getting married and Dave left Perth's and began Avenue Cleaners. The business was relatively successful but an uninsured fire forced us into an arrangement with Perth's to do the actual dry cleaning while Avenue Cleaners would do all the pick-up, delivery and customer relations. Eventually Perth's opened a linen supply operation. During a late night delivery, an auto accident caused David's back problem to reoccur. He had to have a spinal fusion operation that laid him up for over half a year.

While David was recovering, Sam Stern bought Piggot Motors, changed it to Winnipeg Motor Products and as an old friend of David's he invited Dave to become a used car salesman. One day overhearing a conversation Dave took it upon himself to attempt to land a big "new" car contract from Moore's taxi. This "chuzzpah" was recognized and rewarded by General Motors when Sam Stern died. David was able to develop a partnership with General Motors at the Main Street location for five years until he decided to move out to Regent Avenue as the sole owner, and the rest is history.

Our marriage was blessed with four sons, Marty, Ronnie, Jeff and Greg. Other than Ronnie who lives in Mexico, all the family lives in Winnipeg. Marty and his wife Linda have two children, Adam and Sean, Jeff and his wife Becky have two daughters, Cara and Shira. Both Marty and Jeff are graduate dentists, Marty practices while Jeff left dentistry to take on the responsibility of Vice President of Park Pontiac Buick Ltd.

As we reflect upon our life together we feel that Winnipeg has been good to us and our children and we appreciate that we can be good back to Winnipeg, both the Jewish and general community.