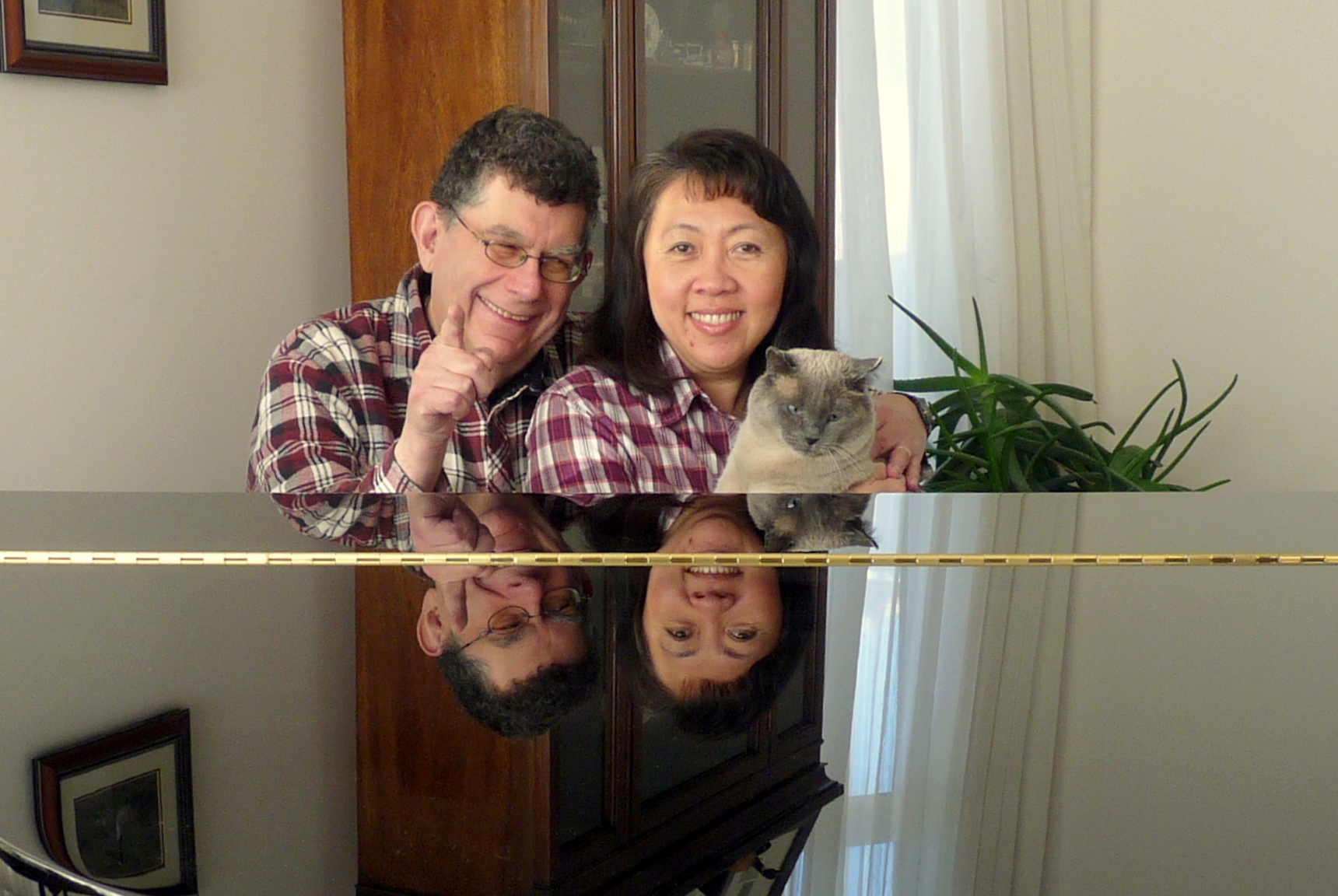 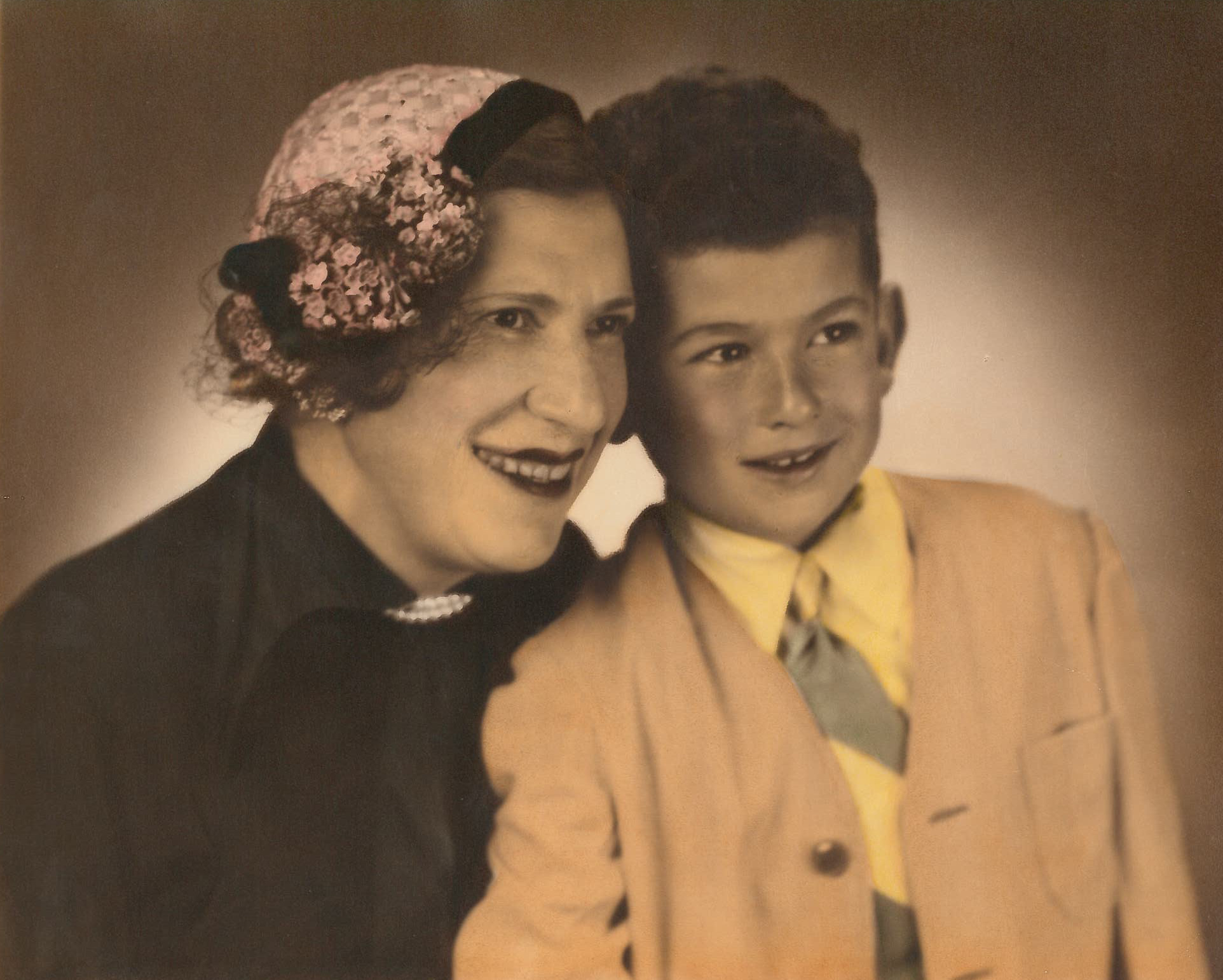 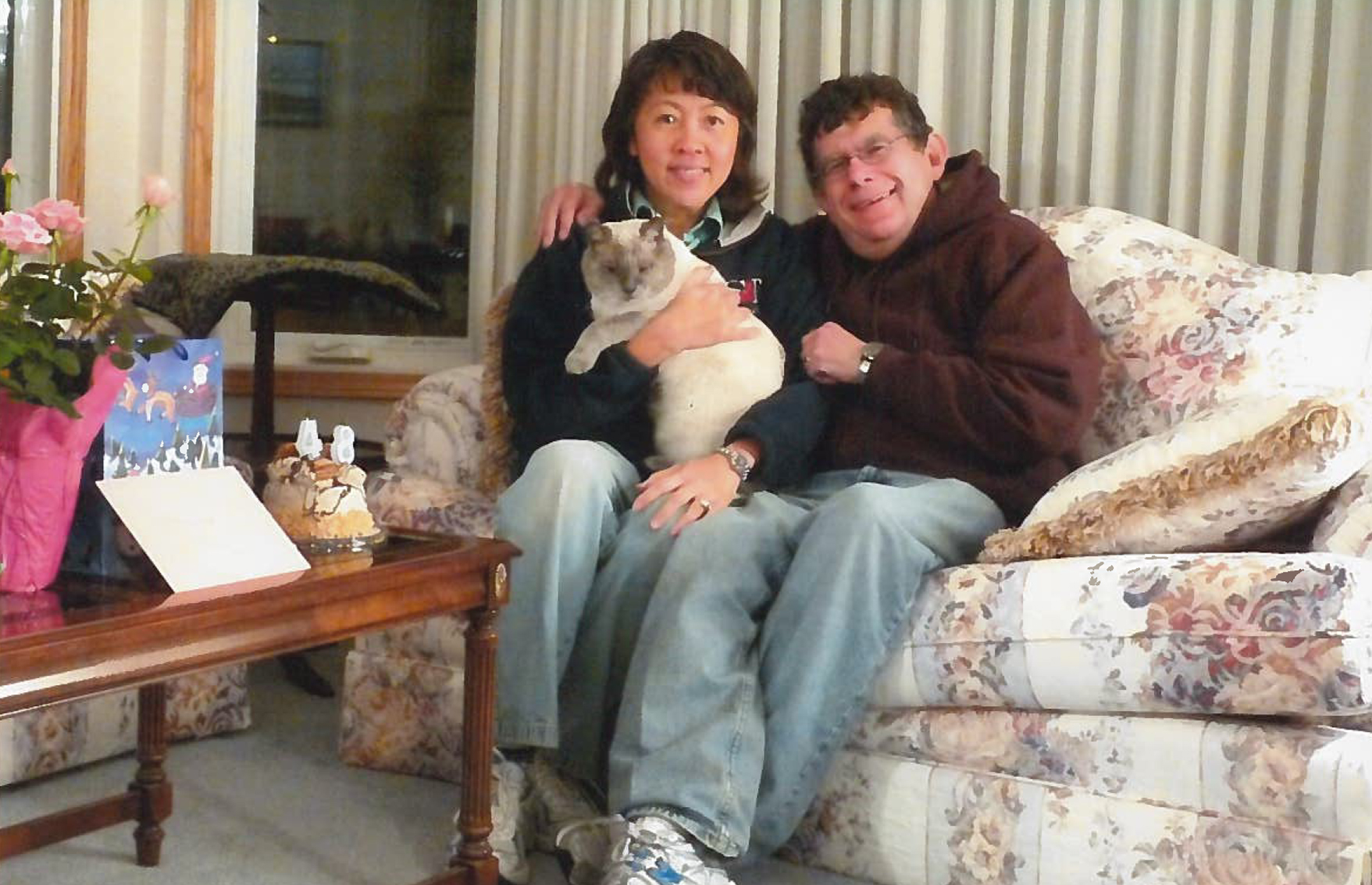 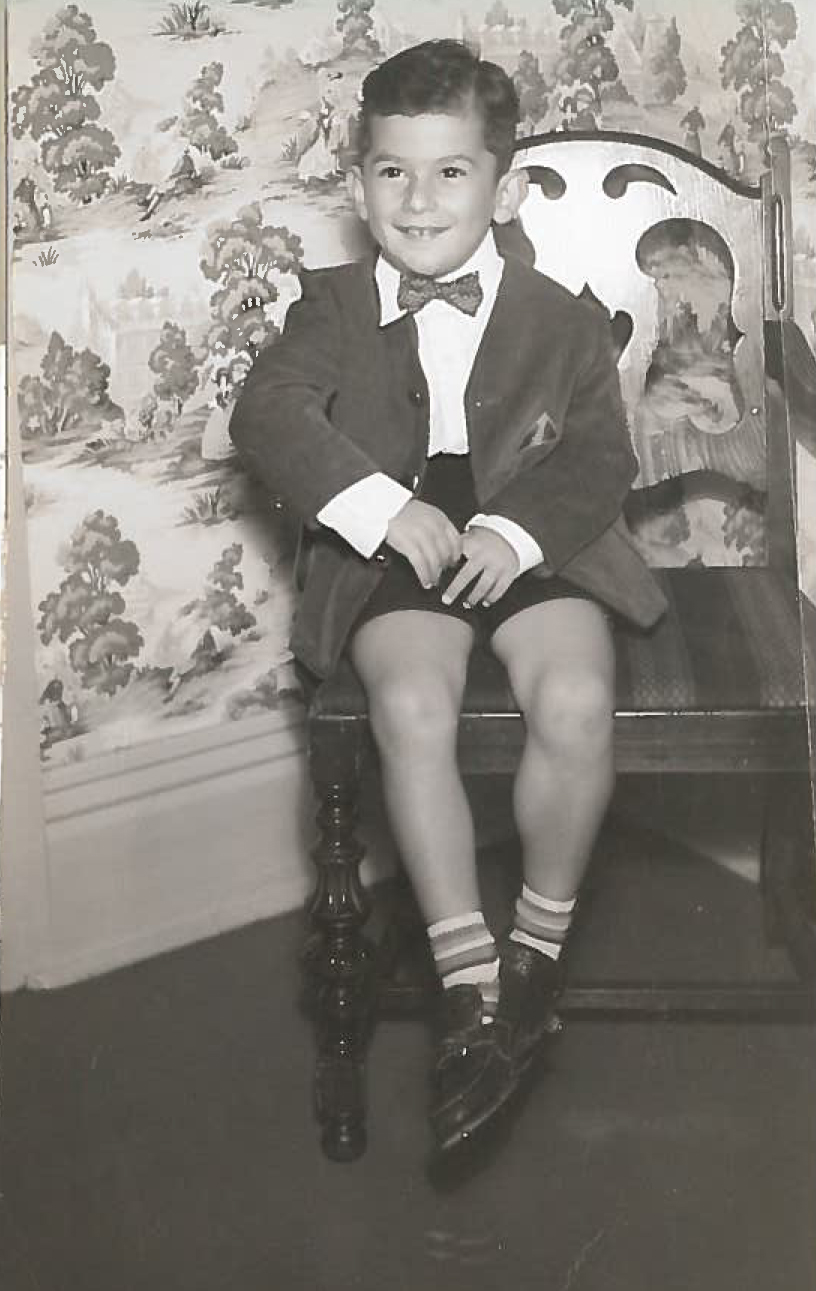 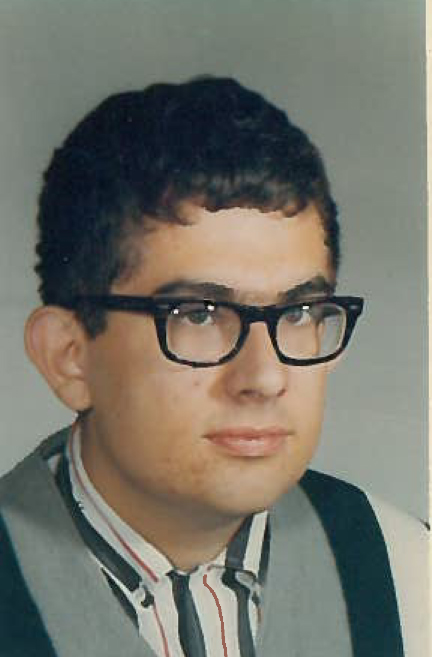 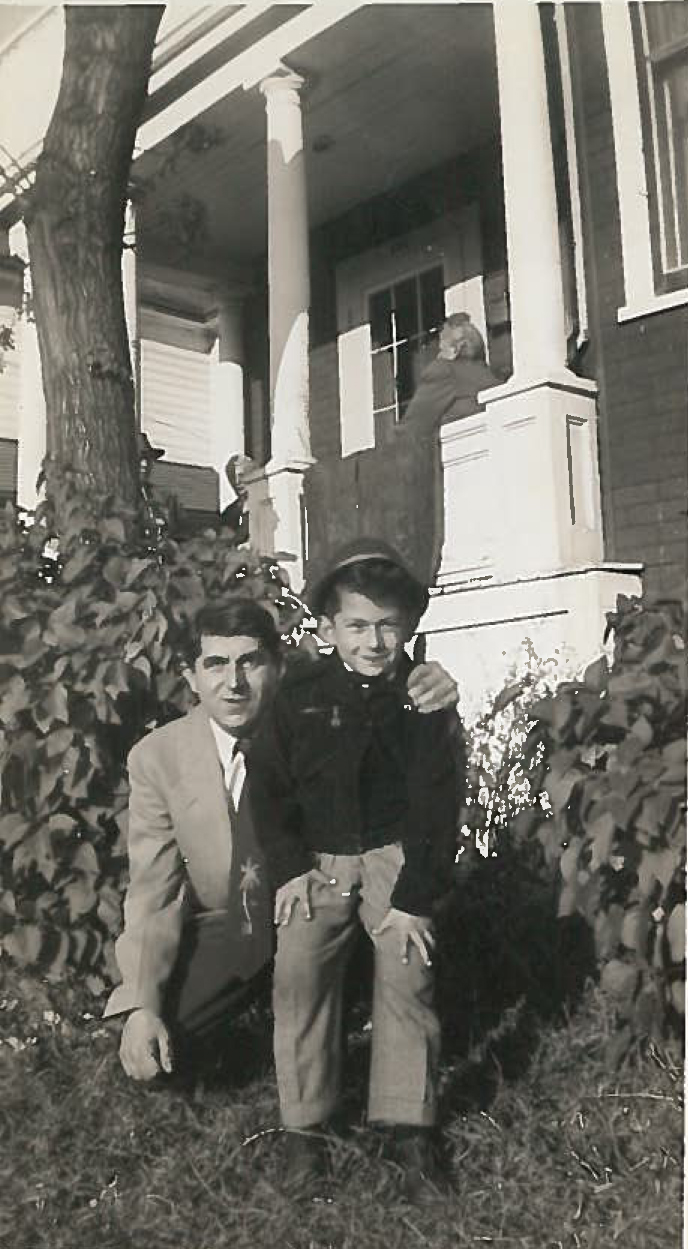 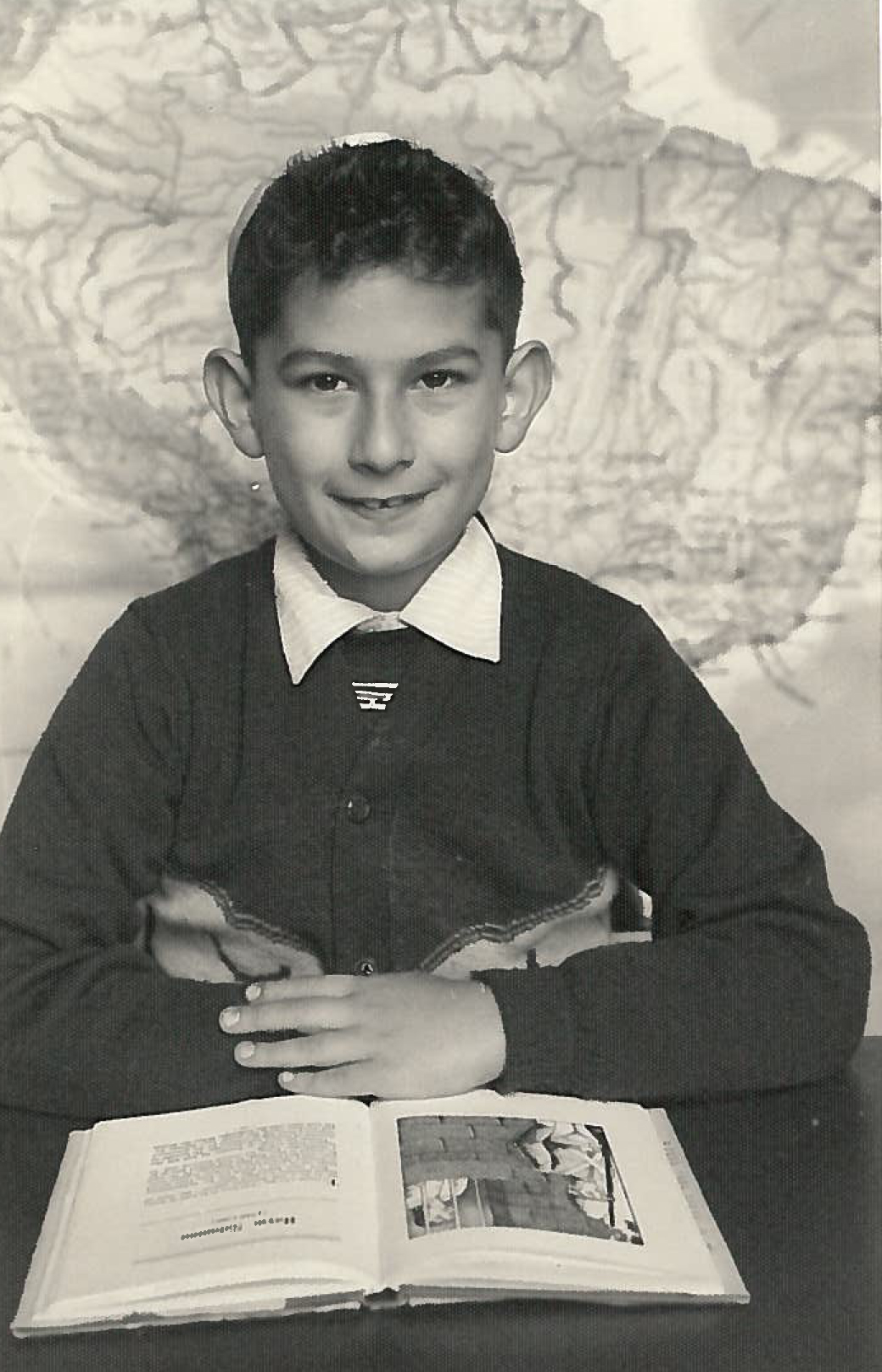 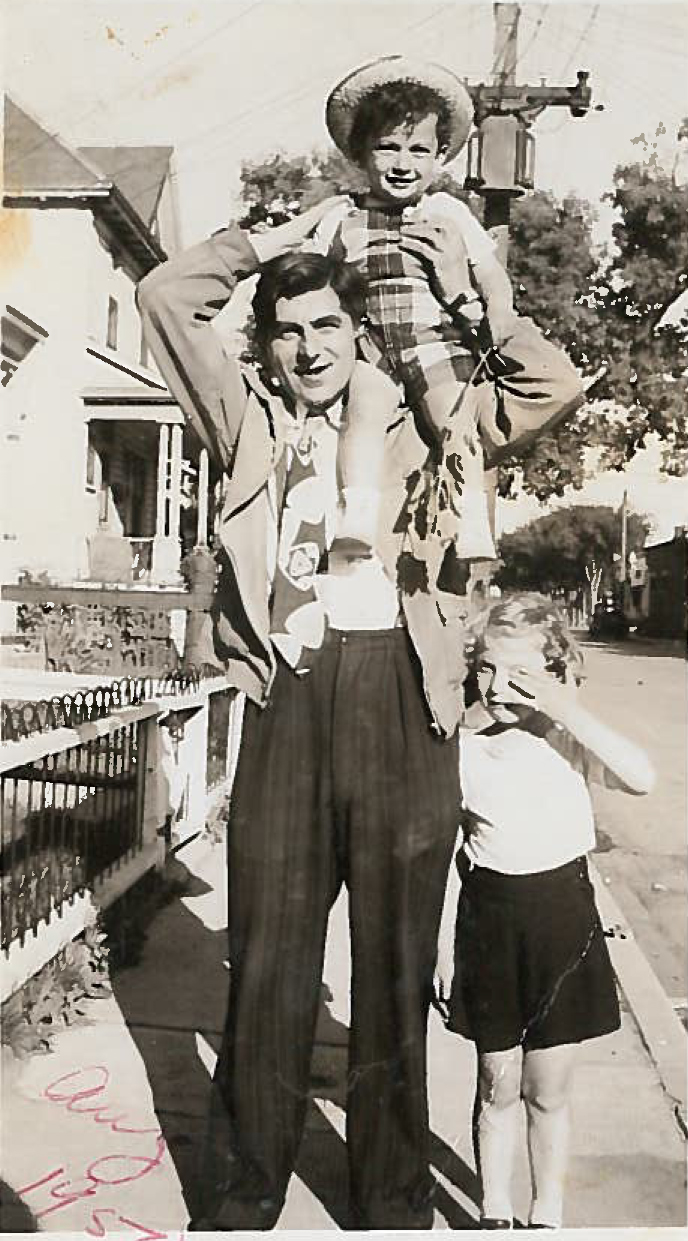 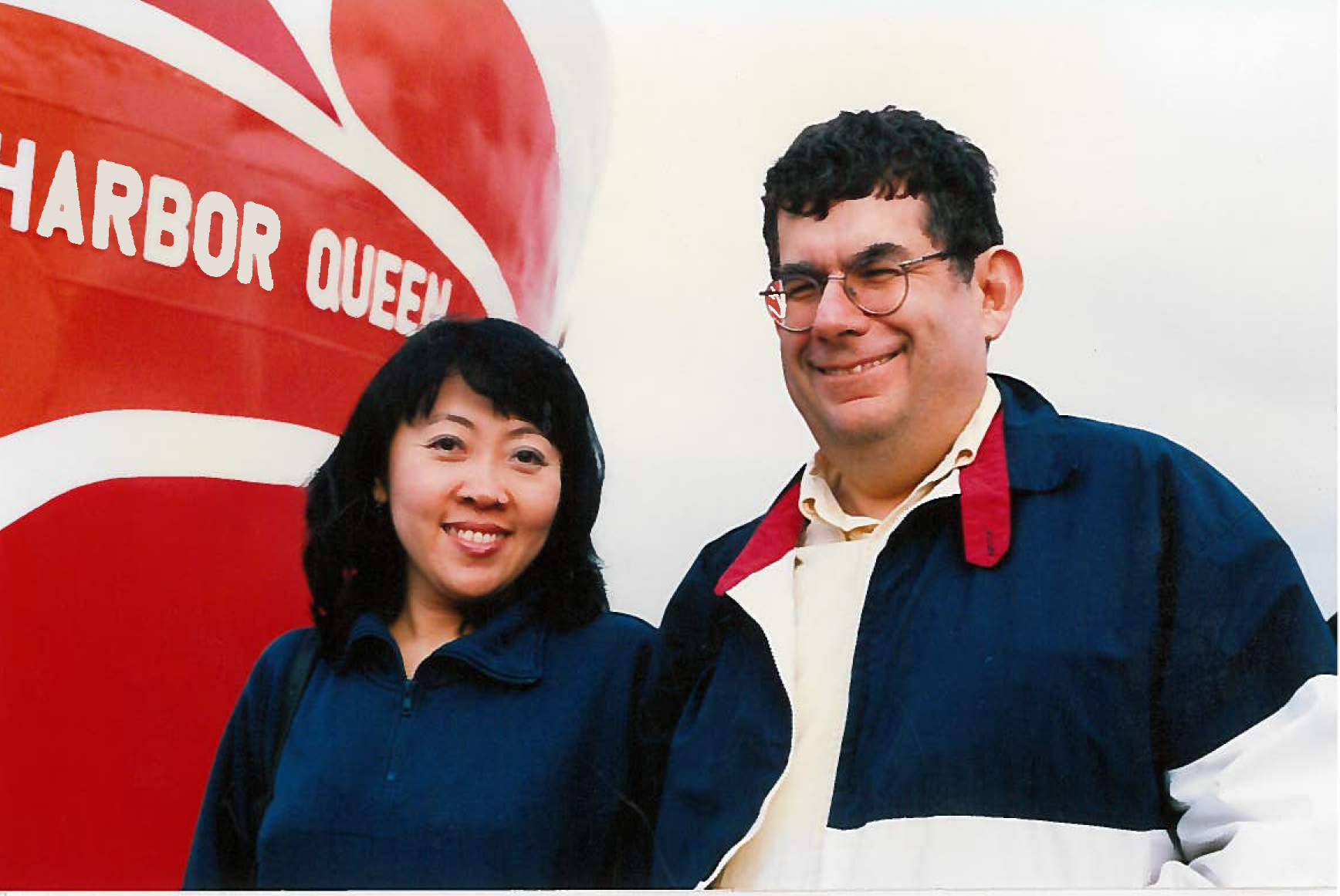 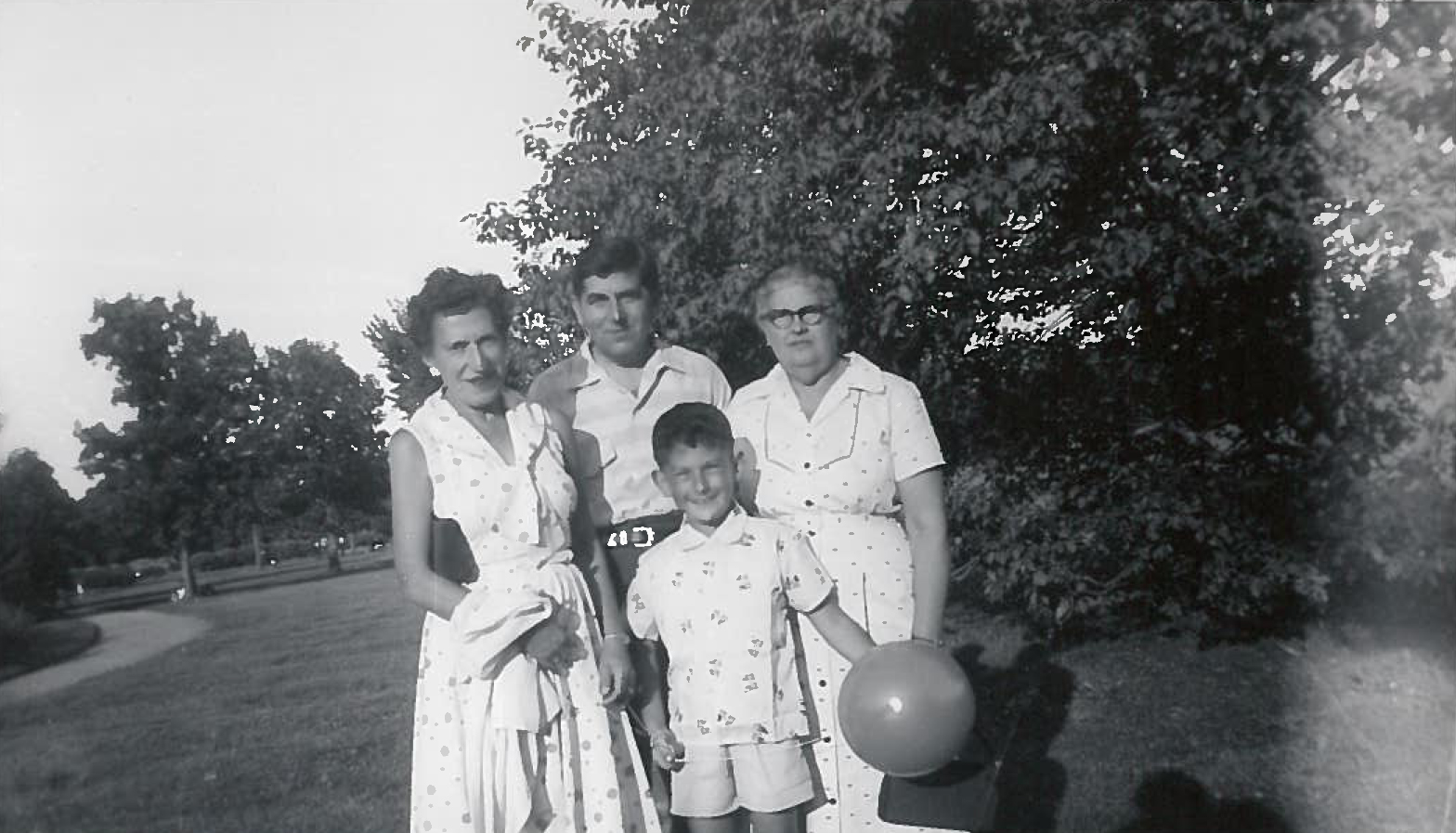 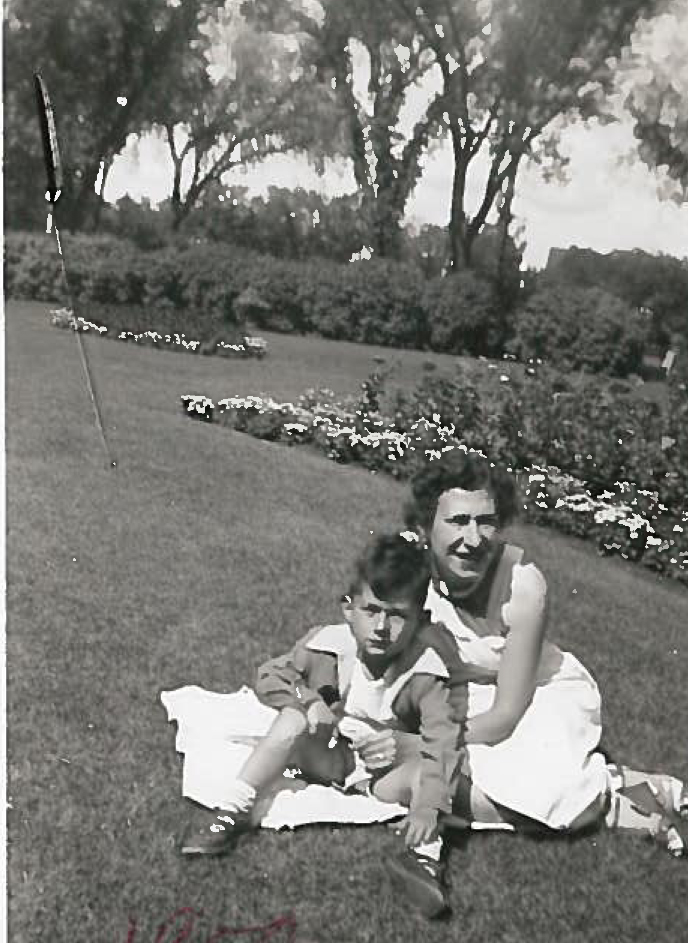 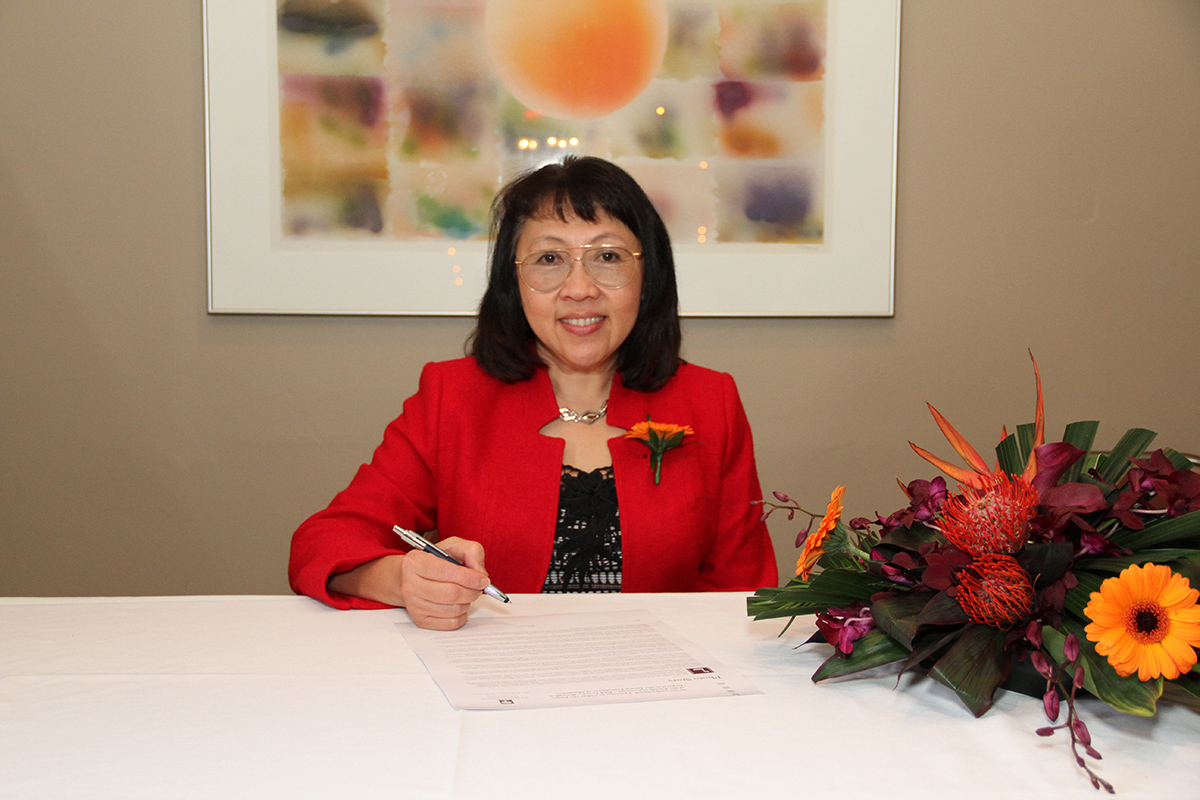 She says it is to be her husband's story that is told, not hers, but the two seem inextricably linked. Theirs was a love, after all, that was as improbable as it was true.

Earl Rosenbloom was born in Winnipeg on August 7, 1948, the only son of Isadore and Rose (Dreman) Rosenbloom. Rose was Canadian born, while Isadore's family, originally from Russia, had settled in Minnesota. Earl was therefore born with dual citizenship. He was raised in Winnipeg's iconic north end and attended public school as well as the Peretz Shul for his Jewish education.

From a young age, Earl showed exceptional intelligence and excelled particularly at mathematics. After high school he attended the University of Manitoba where he earned his Bachelor of Science (honours) in Mathematics, Master of Science in Mathematics, and Master of Science in Statistics. This was followed by a Ph.D. in Combinatorics and Optimization from the University of Waterloo. His education led him to careers with the Canadian Defence Research Board, the University of Lethbridge, the University of Alberta and the University of Manitoba. He was a professor of Management Science at the Asper School of Business from 1980 to 2006. He considered that last position the most rewarding period of his life, enjoying the relationship with "wonderful students and outstanding colleagues." In 1999 he received an Associates' Achievement Award for excellence in teaching. He was pleased to be able to publish his research in a number of important journals, and was presented with awards for best research paper three times by the Administrative Sciences Association of Canada (ASAC).

At the age of 15, Earl's uncle, Joe Dreman, taught him the game of chess and a life-long passion was born. Three years later, in 1966, Earl was Manitoba Junior Champion and nine years later won the Manitoba Open Championship. He came in second in the 1976 Ontario Open. He often said that the most fun he had playing chess was against his Uncle Joe, and they played thousands of games until his uncle's death in 2000. "My Uncle Joe was the wisest man I ever met and I learned a great deal from him," he said.

In August 1999, Earl experienced what he later said was the luckiest moment of his life. In an on-line forum on football handicapping, he met Choo Choo Love. Her interest in the topic was having fun and winning; his was in statistics and strategy, she says. They began corresponding by email and she was attracted by his writing style, and the intelligence, warmth and kindness that shone through it. At the time she was living in California and, as soon as his teaching schedule would allow, he flew there to meet her in person. On February 12, 2000, on Earl's spring break, they were married on Diamondhead Beach in Honolulu, Hawaii. "Fortunately for him," she says, "I didn't know where Winnipeg was!" Three months later she moved here, together with her dog Angel. That first summer the mosquitoes were terrible, followed by a brutally cold winter — with a laugh Choo Choo says she dubbed Winnipeg "the city that bites".

Choo Choo had lived in four countries prior to making Canada her home. She was born in Malaysia to Chinese parents, one of six sisters and three brothers. She later studied in Singapore and then worked in Australia. She has spent much of her career working as a marketing executive and piano teacher. She came to the United States when she married a Californian. They moved to Texas and lived there for six years. After his death, she moved to California where she lived for six years before meeting Earl. She, like Earl, is now a dual Canadian — American citizen.

Earl and Choo Choo thoroughly enjoyed exploring life together. One excursion in 2004 took them to a neighborhood park where they saw a gosling that was having difficulty walking. They were captivated by how its parents protected the little one with "a fierce gentleness". They named the gosling Chester and began regular visits to the goose family, bringing corn and grain. As they observed the individual personalities of each goose, the interplay between the geese and also how the geese responded with such curiosity towards humans, their fondness for the creatures grew. This began their own "gentle fierceness"; the desire to protect, advocate for, and promote enjoyment of this unique species. Using Choo Choo's maiden name as inspiration, they launched the website www.lovecanadageese.com. This labour of love, and the followers it has attracted, brought much joy into Earl and Choo Choo's home.

Animal welfare and rescue has been a passion for Choo Choo. She began by feeding wild birds in her back yard, which attracted feral cats and so she began caring for them as well. Along with feeding them, she has rescued and re-homed cats through Craig Street Cats, a feral cat management program and kitten rescue. One of these was 'Bangkok', whom she and Earl eventually adopted. Here she laughs and quotes one of Earl's favorite quips, "No good deed goes unpunished!" Bangkok is very much loved and a wonderful companion for Choo Choo today.

In 2006, Earl was diagnosed with bladder cancer. He battled the disease with optimism, humour, and great courage. It took his life on November 23, 2014. He left a legacy: devotion to his wife, friends and family; exceptional brilliance combined with unpretentious humility; and a generous, kind spirit. His hobbies, passions and skills will remain legendary to those who knew him — chess, investing, backgammon, horse handicapping (and his horse Tanned), speed-reading, and especially math. He was an optimistic, cheerful man; a gentle man of principle who stood up for what was good and right. He was, by all definitions, a 'mensch'.

Choo Choo is participating in the Endowment Book of Life to honour the man she loved, and will always love. She, like him, feels the luckiest day in her life was the day they married. Earl has the final say: his Twitter profile, @rosenbl, reads: "Retired professor of operations research, former mediocre chess player, and husband of the most beautiful woman in the world."