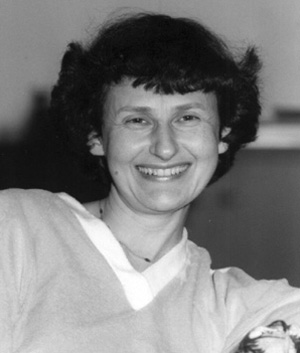 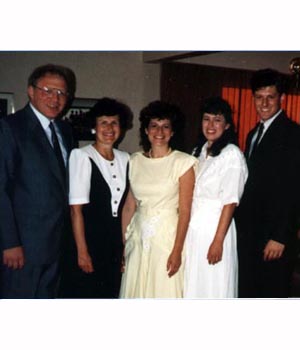 When Carole Cohen passed away in 1998, the Jewish community of Winnipeg lost a unique and soulful woman who celebrated life with passion, commitment and an uncommon sense of integrity.~Carole, daughter of Hy and Kay Shell, was raised in the city's north end and attended Talmud Torah, Champlain, Luxton, and St. John's High schools. She had four siblings: Reeva (Abrams), Ella (Diamond), Arnie (Shell), and Malki (Lapidus).~She married Jerry Cohen in 1961. Together, they had three children: Shira(married to Stuart Slayen), Naomi (married to Sheppy Coodin), and Ari. Carole was blessed to have known two grandsons, Yoni and Elly Coodin, while her granddaughter, Cari Slayen, who is named after her, arrived six months after her passing. Carole was particularly passionate about family. She enjoyed very special relationships with her Zaida David Shell and her Baba Shayndel Doner. Her siblings looked up to her as a model and an advisor. Her husband and children remember her as a loving friend and companion.

Carole shunned the superficial things in life and sought - and usually found - the spiritual. Music, in particular, fed her soul. She took violin lessons while growing up and became especially influenced and inspired by the "Suzuki" method of teaching. She left university to pursue an ARCT degree in music, and began her career as a violin teacher in the late 1960's. She later returned to the University of Manitoba to complete her B.A. Her violin students described her as a dedicated and inspirational teacher. An example of Carole's honesty and integrity - she stopped teaching when she felt that she could no longer stretch the talents of her best students. Carole put down the violin for years and only picked it up again after she was diagnosed with cancer in 1996.

Carole devoted herself to a new education in computer programming, beginning in 1983. A successful student, she enjoyed a challenging computer career with the Manitoba Liquor Control Commission.

Throughout her whole life, Carole Cohen remained fervent about her love for the state, the land, and the people of Israel. Carole and Jerry spent a year there after their wedding and made numerous trips back together. One of Carole's greatest pleasures was that her sister, Malki, and sister-in-law, Saralyn, moved to Israel. Carole was deeply committed to her Jewish roots.

She was dedicated to Jewish education and she became increasingly observant in the later years of her life.She was especially moved by the Shabbat experience.Carole loved travel. She and Jerry interrupted their respective careers in 1991-92 and spent a year making their "dream trip" around the world visiting a total of 25 countries. Carole embraced all things cultural and was eager to learn about other peoples and other ways of life.

Carole's way was one of modesty, humility, honesty, focus and warmth. She always knew just what to do and just what to say. She loved the outdoors and delighted in the beauty of an early-morning snowfall and in the calm of a summer stroll along the shores of Lake Winnipeg in Gimli.

Carole Cohen was selfless. She was deeply loved. She is missed.