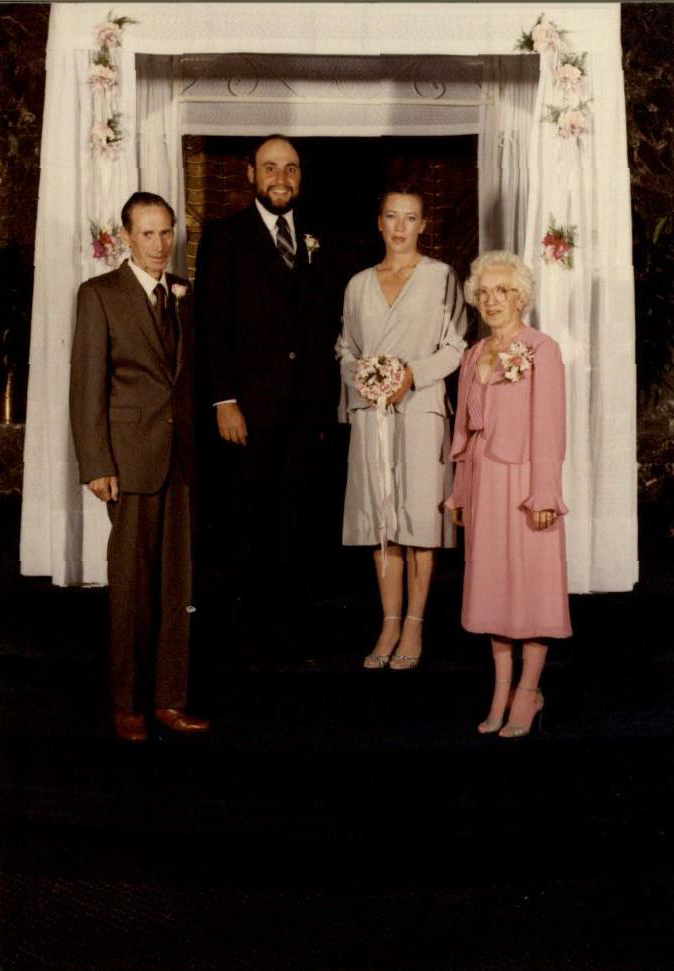 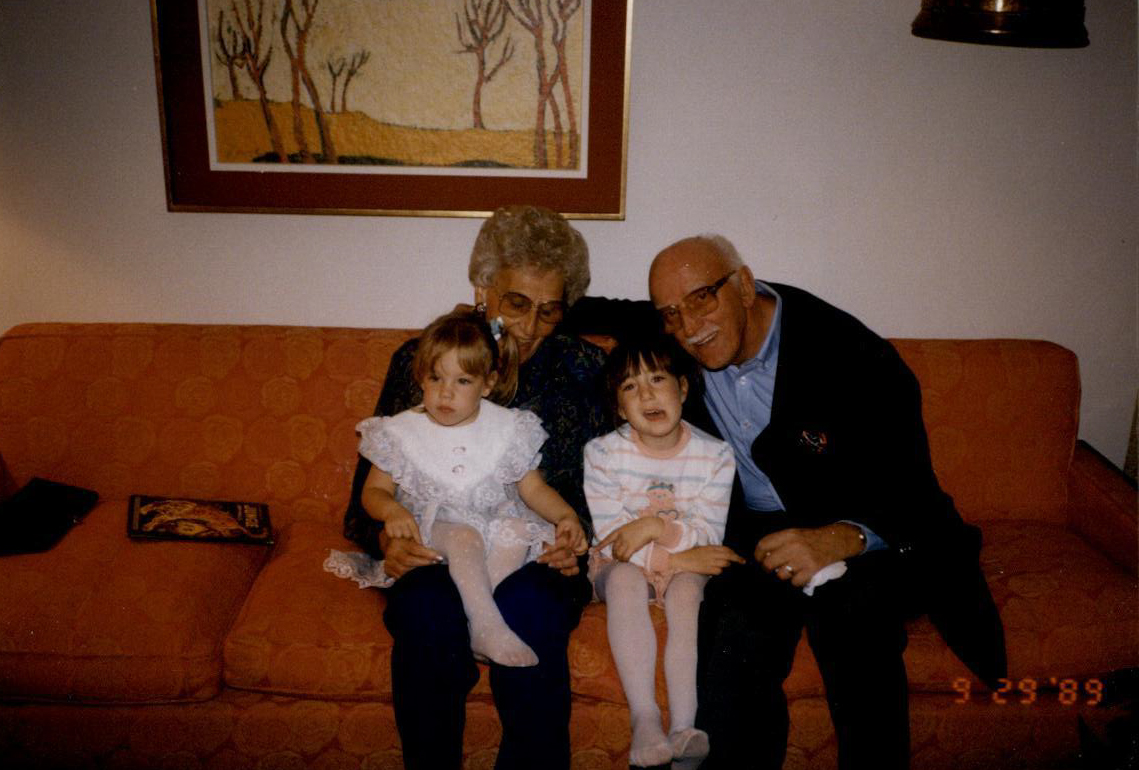 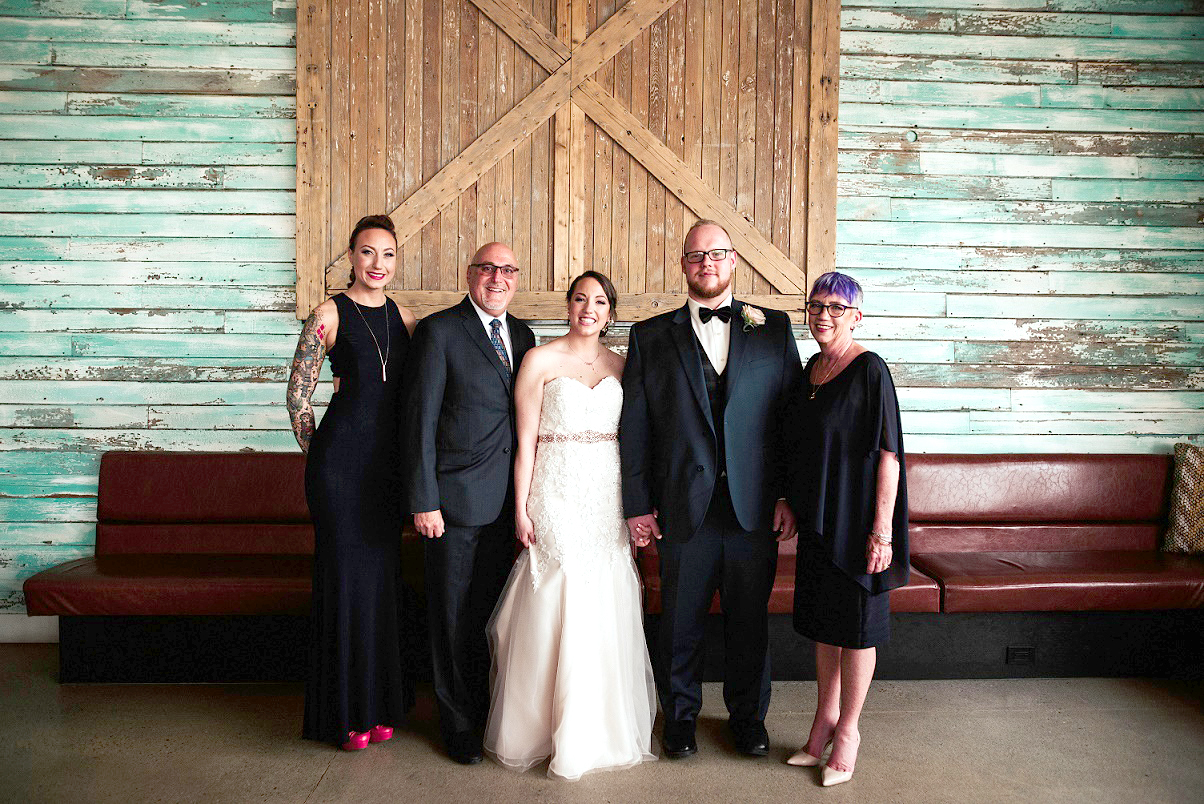 "I have always drawn strength from being close to home." So said athlete and activitist Arthur Ashe. Strength, stability, family, community — words that aptly describe Saul and Brenda Greenberg — and their River Heights home is only one block from where Saul grew up.

Saul was born in Winnipeg on June 4, 1953, the firstborn son of David and Shirley (Fainstein) Greenberg. He has one brother, Daniel (May 5, 1958). David had come to Canada from Romania as a young boy in 1919 with his mother Sarah and brother Peter. Saul never knew these grandparents as his grandfather Isaac was lost in the war and his grandmother died before he was born. His mother's parents, Harry and Pauline Fainstein, however, lived on Cathedral and moved to Broadway when Saul was three. Saul's immediate family of aunts, uncles and cousins all lived in River Heights which was most unusual for any Jewish Winnipegger. He has memories of his Zaida leading Pesach seders at his Aunt's house on Waterloo. After Zaida passed away, his Bubby moved in with their family until her passing a few years later. He recalls that she loved cards, especially Kaluki with Saul and Dan.

The River Heights neighbourhood was a wonderful place to grow up. Evenings were spent playing: ball hockey between back lane driveways, street hockey, hide-and-go- seek, baseball or indoor board games on rainy days. Everyone knew one another. Saul recalls that he once broke a window playing baseball at a nearby schoolyard, and by the time he ran home, his mother already knew! Lifelong friendships were formed in those idyllic childhood years.

Saul's father was a scratch golfer. He couldn't wait to get his young son on the golf course. Saul loved it, and golf is a passion to this day. As a 10-year-old, Saul would take the bus from Campbell Street to the Y on Hargrave where he took part in team sports and physical fitness activities. Sports have continued as a favorite pastime. Along with golf, he is a long time curler who even earned a spot in the Provincial Seniors championship. He also bowls ten pin and played baseball in the B'nai Brith League for 28 years. Along with the shared passion for sports with his Dad, Saul's childhood memories include wonderful road trips in the family station wagon, and vacations at Clear Lake. His Mom, he says, was simply an amazing woman who took care of him and his brother because his father was a travelling salesman and away from home for 6 weeks at a time.

Saul attended Sir William Osler for public elementary school and the after-school program at Ramah Hebrew School; J.B. Mitchell for Junior High and Grant Park High School. After graduation, he attended the University of Manitoba and earned a Bachelor of Commerce (Honours). He articled in the Chartered Accountancy program at McGillivray & Company and became a Chartered Accountant in 1978. He left that firm in 1980 and became a partner at Miles & Stitz, which later became Greenberg & Gumprich. That firm merged with Lazer Grant in 1996 and Saul continues as a partner today. In 2007 Saul became an FCA. Saul has enjoyed his career immensely. His aptitude for accounting combined with the opportunity in public practice to meet new people and to learn new businesses is an excellent fit for his personality and strengths.

It was while working at McGillivray & Co. in 1975 that Saul met Brenda Thomson who was managing the firm's data processing centre. They had a respectful working relationship for several years as both were married to others. In 1980, after both marriages were dissolved and Saul left the firm, they started to see each other in group settings at sporting events, restaurants or parties. The attraction grew and Saul and Brenda started dating. Brenda took conversion classes with Rabbi Eugene Wernick. Her dad said it "wouldn't do her any harm". On a memorable Tuesday, August 30, 1983, the Rabbi married them before an eclectic, fun-loving group of friends and family at the Shaarey Zedek Synagogue.

Brenda was born on October 16, 1950 in Winnipeg. Her father, Douglas Thomson, was born to Frederick and Gertrude Thomson on April 1, 1918 in Salmon Arm, BC. He had a varied career as a tempered metals specialist primarily in the transportation industry. One of his longest positions was road testing Western Flyer buses. Annabel "Maisie" Malcolm, Brenda's mother, was born to Elsie and Robert Malcolm on May 8, 1916 in Winnipeg. She was a homemaker and also worked as a florist with Portage Florists. Brenda was the only girl of four siblings — she had two older brothers - Doug (September 3, 1942) and Brian (February 17, 1947 — 2005), and one younger brother Frederick "Skip" (April 1, 1957).

The Thomson's raised their family on Magnus Avenue in the north end, then in Wildwood Park, and finally St. Andrews. Brenda's fondest memories are of neighbourhood capers when they lived at 92 B Bay in Wildwood Park near the dike. Brenda attended Florence Nightingale, Oakenwald, General Byng, and then the four-room St. Andrews School for elementary, and Selkirk Collegiate for grades 9 through 12. After high school she worked at the Middlechurch Home, for ADP Computer Systems and later McGillivray & Co.

Saul and Brenda have two daughters: Sarah, born October 17, 1984 and Jenna, born June 26, 1987. While they will always consider Winnipeg home, particularly their long-time River Heights neighbourhood, both girls now live in Calgary. Sarah graduated from the University of Manitoba with a Bachelor of Commerce Honours degree. Following in her father's footsteps she is now a Chartered Professional Accountant. Jenna graduated from the University of Manitoba with her Bachelor of Science, and then studied at the Southern Alberta Institute of Technology (SAIT) to become a Nuclear Medicine Technologist. She furthered her studies and graduated as a Licensed Practical Nurse. Jenna married Cameron Lemmerick on April 17, 2017.

Brenda enjoys golfing and is also an avid reader and Scrabble player. She has volunteered with a variety of organizations over the years including the United Way, Friends of Winnipeg Public Library, and the Simkin Centre. You can also find her at the Shaarey Zedek Gift Shop helping out the Sisterhood.

Saul too has spent many hours in volunteer work. He is a long-time volunteer for the Manitoba Institute of Chartered Accountants and chaired the Practice Review and Professional Conduct committees. He served on the Board of the Glendale Golf & Country Club, as President of the Maple Leaf Curling Club, on the Audit Committee of the Jewish Foundation of Manitoba, and, for many years, on the Board of the Shaarey Zedek Synagogue including a term as President. Saul joined the Board of the Saul & Claribel Simkin Centre in 2011 and currently serves as Chair.

Saul and Brenda are pleased that their daughters attended the Hebrew Bilingual Program at Brock Corydon School and that they attended Jewish camps. They have appreciated all of the community's efforts to provide a foundation for Jewish life and culture and believe that participating in the Endowment Book of Life provides the opportunity to express that gratitude. After all, it's really another way to say, "I have always drawn strength from being close to home."