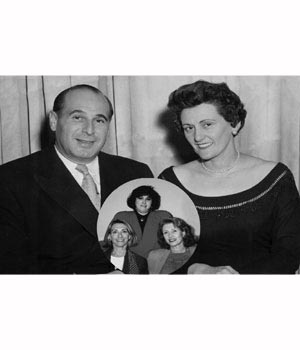 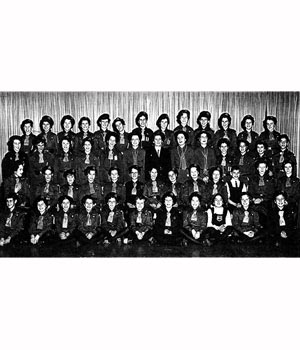 I was born in Winnipeg in 1912, the second youngest of eight children, six girls and two boys. My parents, Diana Fishman and Srael B. Levin, had come to Canada from Russia in 1905 and initially settled in Selkirk, Manitoba. Burrows Avenue, "the Broadway of the North" was my home until I married. My father worked as a milkman and horse dealer, and later owned and operated Winnipeg's City Lumber.

I attended the Talmud Torah for my Jewish education and then Machray School, St. John's High School and the University of Manitoba, where I graduated in 1933. I enjoyed my membership in the Phi Sigma Sigma Sorority. Education was important to my parents, and almost all of us children graduated from university. We also all had piano lessons when we were younger.

On January 3, 1937 I married Harold Genser, son of Bella and Morris Genser. We had three daughters, Naomi (Cohen), Barbara (Butler) and Susan (Starr) and I now also have 6 grandchildren and 7 great-grandchildren. I had no trouble bonding immediately with Harold's two brothers, Lawrence and Percy, and their wives. We lived within blocks of each other, and at one point all three families shared one Ford Model T car! The three brothers were musicians and played as The Genser Trio on radio broadcasts. The Genser family also owned and operated Genser's Furniture Store on Portage Avenue. Our daughters were brought up alongside their cousins, and the Genser family continues to have a strong bond, as can be evidenced each time all the families gather at each others' "simchas".

Our life was very active. Locally, Harold served as president of Shaarey Zedek Synagogue, president of Glendale Golf Club, and vice-president of the Winnipeg Symphony Orchestra. He was also president of International Consumer Credit Association, which enabled me to travel all over the world to attend meetings with him.

Rabbi Aaron asked me to form a Brownie and Girl Guide Company at the Shaarey Zedek Synagogue, which I took on with gusto. My friends rallied around me and became Captains, and under my direction as Commissioner, our membership reached 85 girls. Gold Cords, Silver Cords, and other recognition came to our Company, and I am proud of the many girls who went on to become leading citizens with prominent positions in our city.

Along with this involvement, I have also served as president of the Brides Group of National Council of Jewish Women and of the Lillian Frieman Chapter of Hadassah, am a life member of ORT, was very active with the Winnipeg Symphony Orchestra, and have been a member of a Ladies' Investment Club, the "Kin Club", for 40 years.

I have always lived life to the fullest and have always been willing to try new experiences. I have done such things as ridden a camel, started a bowling league, and gone up in a hot air balloon! I visited Israel ten times, and seven of those visits were with the CAARI program where we worked in the forest, taught school, visited nursing homes, army bases and hospitals, and did archaeology! My fluency in both Yiddish and Hebrew was a natural asset with my work there and I loved those experiences.

My wish for future generations is that they might have full and meaningful lives, warm friendships, and peaceful co-existence with those around them.