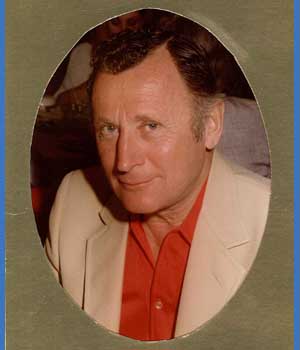 Beverley Manishen signs her story for the Endowment Book of Life 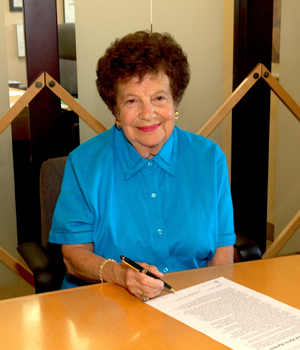 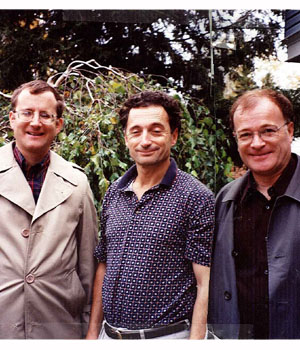 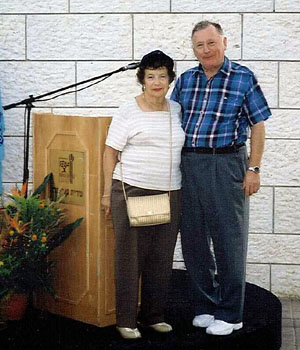 Beverley and Mel Manishen in Israel in 2003 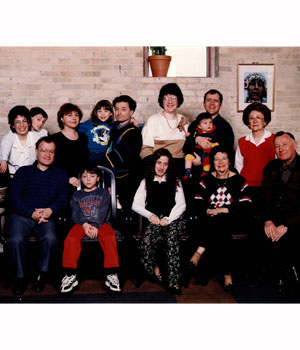 Picture a very dashing, charismatic young man, a gunner in the Royal Canadian Air Force with a warm smile and playful humour. Now picture a sweet young thing, petite and pretty with an infectious laugh and eyes that sparkle. It is easy to see that on a warm summer's night in Winnipeg Beach these two might spot each other and begin a love and friendship that would last a lifetime.

This was Melvin Manishen and Beverley Stein. They were married on July 2, 1947 and enjoyed almost 60 years together before Melvin passed away on November 10, 2006 following a brief battle with cancer.

Born on April 25, 1925, Melvin was the last of Pearl and Jacob Manishen's six children. This was an active, hard-working family, entrenched in community service and marked by a spirit of generosity, loyalty and kindness to others.

Beverley came into this family as an only child, the daughter of Jack and Mary Stein. Her father owned Insurance Service Ltd. on Portage Avenue. She grew up in the south end of Winnipeg, graduating from Kelvin High School and then attending the University of Manitoba. Beverley was an excellent pianist and Manitoba Music Festival winner, later receiving a degree in piano from the Toronto Conservatory of Music.

Melvin went into the family business, Empire Sheet Metal Mfg. Co. Ltd., later taking it over from his father and growing it to international renown with customers and friends worldwide. Melvin greatly enjoyed his career, both for the industry itself and the many relationships formed with colleagues, customers, and employees.

Melvin was an avid reader and enjoyed researching and practicing good management strategies, expertise that he loved to pass on to budding entrepreneurs. In fact, one of his greatest joys was listening to the hopes and dreams of others and then working diligently and enthusiastically to help them to achieve those dreams. His natural rapport with young people, zest for life, insatiable curiosity and genuine caring nature combined to make him adored and respected by all who sought his advice and friendship.

Beverley speaks with pride of their three sons. James is artistic advisor for the Winnipeg Symphony Orchestra, a broadcaster, adjudicator and long-time classical music journalist for the Winnipeg Free Press. He is married to Joy and they have two children, Sarah and Ira. Jeffrey, married to Joanne, lives in Burlington, Ontario and is a prominent criminal lawyer in that area. They have two children, Aaron and Jaclyn. Wayne is a gastroenterologist, an associate physician at the St. Boniface Hospital and past president of Victoria Hospital medical staff. He is married to Carol and they have a son, Joshua.

While fishing, golf, music and travel were passions that Beverley and Mel shared, community involvement and philanthropy have been central themes in the Manishen home. Beverley is past president of the Shaarey Zedek Sisterhood as well as past president of the Israeli Chapter of Hadassah. Mel was involved in numerous special community projects, one of his last being to arrange for the beautiful bronze plaque in tribute to his dear friend Israel Asper located at the front entrance of the Asper Jewish Community Campus. "I.H." was a man he greatly respected and admired.

Beverley speaks with admiration of Mel's plan for his 80th birthday. Rather than accumulate for himself, he chose to make generous contributions to ten selected charities. In his party invitation to his friends, he used a quote by Winston Churchill, "We make a living by what we get; we make a life by what we give." It is in this spirit that Beverley will sign the Endowment Book of Life on behalf of her beloved Melvin.