Betty Eisenstadt - in memory of Rachel and Dov (Boris) Eisenstadt 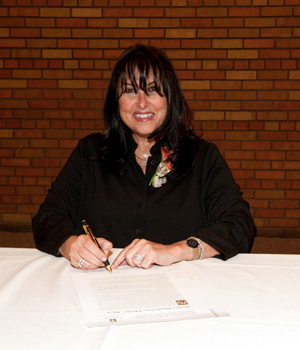 Betty Eisenstadt signs her story for the Endowment Book of Life 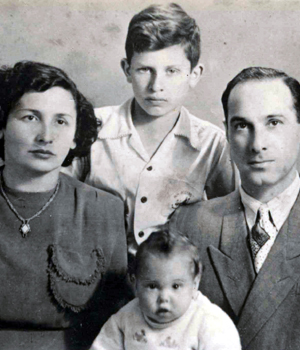 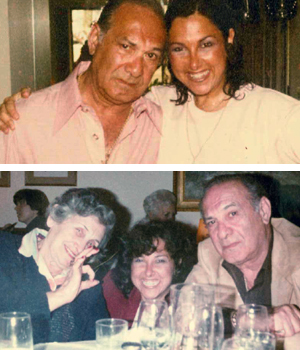 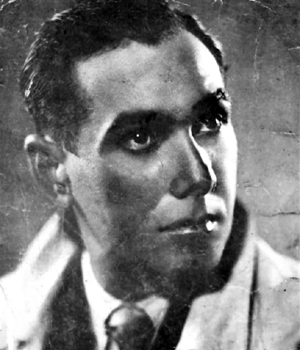 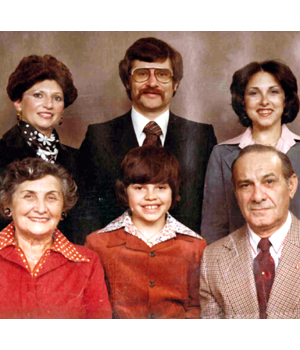 Unlike many other children of Holocaust survivors, I grew up in a home where the Holocaust was frequently discussed and debated. To a large degree, it has shaped my life.

Rachel Bak, my mother, was born in Kovno, Lithuania on December 25, 1918. As a young woman, she married Pinchus Burstein and they had a son, Alex, born in 1939. When the Germans invaded Kovno in 1943, her family was sent to a ghetto, and from there, separated. Her parents, Avraham and Batya Bak, as well as her sister Leya, died in the Ninth Fort, a prison used during the Nazi occupation to exterminate Jews. Pinchus was transported to Dachau, and my mother to Stutthof. Alex was hidden with a Lithuanian family outside the ghetto; he was later rescued by my Uncle Herschel, my mother's brother, who was a partisan hiding in the woods.

When the war ended, my mother learned that Pinchus had died in Dachau. It took her almost a year to find Herschel and Alex. She took refuge in a displaced persons' camp in Germany. It was here that she met Dov Eisenstadt.

Dov (Boris) Eisenstadt, my father, was born in Pinsk (now Belarus) on June 6, 1916. His parents, Shmuel and Bella, owned a bakery. He grew up with two sisters, Tzippe and Chaya. He was a young man of 23 when the Second World War began, and he served in the Russian Army. When the war ended, his parents and his sisters had perished and he was living in a displaced persons' camp in Germany. He met Rachel, Alex and Herschel and they became his family.

In 1948, Dov went to Israel to fight in the War of Independence. After the war he returned to Germany to reunite with Rachel and Alex. He brought them to Bnei Brak, Israel. I was born on February 25, 1951 at Beilinson Hospital in Petah Tikva.

In December of 1952, my father's cousins, the Globermans, arranged for our family to come to Winnipeg. Dov had $20 in his pocket. He took a job at a bakery, and about 6 years later, he opened Central Bakery on Higgins Avenue.

I went to Peretz Shul. My parents were busy with the bakery, so I took a car pool taxi to school. At noon, my mom took a bus to Peretz Shul to bring my lunch. Twice a week after school I could take a taxi to the bakery where my babysitter, Fred, took me to the movie theatre at Main & Logan. He also bought me Archie and Veronica comic books. As I got older, my friends and I would go to Yanks for lunch — hot dogs with Jeannie's cake for dessert!

For Junior High, I attended Edmund Partridge. I had good friends from Peretz School and the YMHA but this was my first experience with non-Jewish kids, and it was an eye-opener! Our home was not religious and for the most part, life was easy and I liked growing up in the North End. I graduated from West Kildonan Collegiate in 1969.

I studied social work at the University of Manitoba for 3 years, and then switched to psychology, graduating in 1973. I took further studies at the University of California Santa Barbara and San Diego State University, where I graduated with a Master's Degree in Speech Pathology and Audiology in 1975.

Snapshots from the next decade: In 1976 I returned to Winnipeg and worked for the Child Guidance Clinic. In 1977, my sister-in-law Marcia Burstein and I opened Lady Madonna, a maternity store. Also in 1977, I married Bernie Wolchock and we moved to San Francisco in 1980. In San Francisco I worked for the Chamber of Commerce, got divorced, and, in 1981, had a memorable road trip with my parents around California and to Vegas. My dad had sold Central Bakery in 1969 when he had a stroke, then in 1971 opened the Bagel House on Academy and Niagara (where he was known for his cheese sticks!). He sold the Bagel House in 1981 and in 1983 was diagnosed with multiple myeloma. He passed away on July 20, 1985.

In 1983 I moved to Chicago for a time, and in 1988 I moved to Toronto to work for my brother Alex who had established a time-share business. My mother was spending winters in Palm Springs and in April, 1990 she had a fall. She died in Palm Springs on April 20, 1990.

Growing up, I always knew I was going to leave Winnipeg because I liked the big city, but I still love Winnipeg, and I still call it home. My parents are buried there, I have good friends there, and so many fond memories! I visit Winnipeg every year and have some set traditions. I shop at Michaels for silk flowers for the cemetery so that my mother, who loved flowers, has flowers all year long. We have perpetual care but I put the silk ones on my Mom's side as she liked flowers more than my dad. I go to Kelekis (they're like family!), and visit friends in Winnipeg and Winnipeg Beach. I spend each morning at the cemetery cleaning the stone and just talking to my parents. Sometimes I walk through the cemetery and put a shell on friends' parents' stones.

Because of the home I was raised in, it has been important to me to do my part in remembering those that perished in the Holocaust. Some of the projects I have undertaken are: donating the cattle car doors that mark the entrance of the Holocaust Museum at the Jewish Heritage Centre in Winnipeg; donating a life insurance policy to Yad Vashem in Israel; placing a plaque in the Square of Hope for my parents and Alex's father; placing a plaque in the Valley of the Communities for the rest of our family who perished in the Holocaust; funding a scholarship which will bring non-Jewish teachers from Toronto to Yad Vashem to learn about the Holocaust; dedicating the ceramics room at Beit Halochem in Jerusalem. This is my legacy.

Winnipeg truly is a place like no other. People who come from Winnipeg have a bond that is not understood by people who do not come from Winnipeg. I hope that the Jewish community in Winnipeg continues to grow and thrive — and may it go from strength to strength.