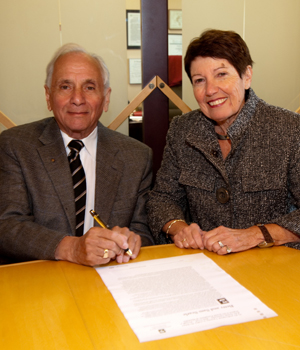 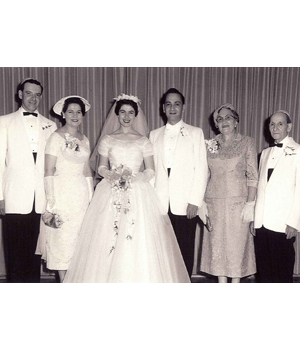 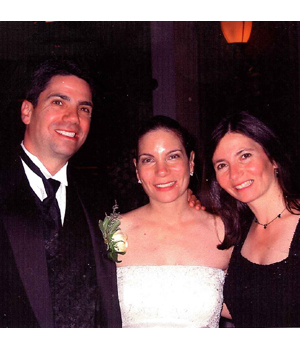 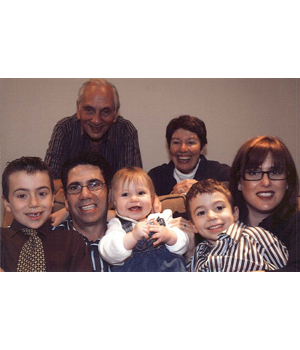 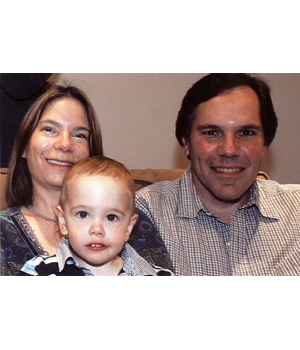 Betty and Sam Searle are well aware of how fortunate they have been in life. Married more than 50 years, they continue to reside in their Garden City home, spend summers at their idyllic lakefront cottage, and travel extensively. They take great pride in the achievements of their three children, Sharna, Lorne and Beverlee - all of whom are products of Talmud Torah, Joseph Wolinsky and Camp Massad - and four young grandchildren, offspring of Lorne (Barbara) and Beverlee (Barry). Although all now live in Toronto pursuing their professions, Betty and Sam remain fans of Winnipeg, grateful for its unhurried pace, cultural offerings and the professional and volunteer opportunities that it has so graciously given them.

Betty and Sam met at the Good Earth Restaurant in 1955, shortly after Betty moved to Winnipeg. Her parents, Jack and Sally Pressman, had settled in Weyburn, Saskatchewan in 1948 when Betty was 11, after years residing in various small Manitoba towns. In Weyburn, Sally looked after Betty and her younger sister Doreen, while Jack owned and operated a mens and boys wear store, Pressman's Style Shop. Betty fondly remembers taking her father his hot lunch every noon hour and then minding the store while he ate. She enjoyed small town life, was involved in many activities, and served as her high school's student council president.

At 13, Betty's life changed when she attended a Young Judea summer camp in Fort Qu'Appelle and met Jewish teenagers from all over western Canada. She attended Jewish conclaves with them; as a result, when she moved to Winnipeg on her own after high school she already had a number of acquaintances who readily shared their friends with her.

In Winnipeg, Betty enrolled in university, but was unsure of what to study. Changing her plans, she became a legal stenographer instead and was employed by a local law office. She returned to university in 1980, graduating five years later with a degree in economics and art history.

Sam too was unsure of what to study when he finished high school at St. John's Tech, and impulsively followed a friend into architecture. It proved to be the right choice for him. Always a talented artist, he won an Isbister Scholarship after his first year of study, graduated with honours and ultimately went on to enjoy a very accomplished career as a partner in a major local architectural firm and subsequently as a developer. In a career that spanned almost half a century, he was involved in the design and construction of a myriad of schools, industrial buildings, private residences, and university and government buildings.

Sam was the youngest and only son in a family of five children. His parents, David and Dora Cirulnikov had emigrated from Russia in the late 1920's with their daughters, Bernice, Marion, and Luba. Eva was born soon after they arrived in Canada and Sam in 1930. David first worked as a peddler and subsequently in a rendering factory, while Dora looked after their home, sold baked goods and ran a grocery store to supplement their income. The family lived in the north end and Sam attended public schools and the Talmud Torah night school. Sam had a Bar Mitzvah, and then used the bike he received as a gift to find summer work which he did at the Silver Grill Restaurant downtown, where he remained on a part-time staff basis for the next several years while continuing his education. He also worked part-time and summers at the Arcade Deli owned by the Shatz family.

When he married Betty in 1957, Sam was working full-time at a major architecture firm. They spent their first few years together living in apartments — and then moved in 1961 into the home that Sam designed for them. Betty devoted the next several years to raising their children, Sharna, Lorne and Beverlee. As the children got older Betty obtained an Early Childhood Education Certificate from Red River Community College and was employed by Peretz and Ramah schools. Betty also immersed herself in voluntary work with the National Council of Jewish Women where she held a number of executive positions, and with the Winnipeg Art Gallery, where she spent 13 years as manager of art rentals and sales. Today she remains peripherally involved with NCJW, but continues an active involvement with the WAG, sitting on its advisory and foundation committees. Sam was a Charter Member of the Bel Acres Golf & Country Club. For many years, his main community commitment has been with the Rotary Club Winnipeg North. He also served on the board of the Rosh Pina Synagogue for several terms.

Betty and Sam fondly recall their many North American camping and ski holidays with Sharna, Lorne and Beverlee - including a European adventure. They now travel to Toronto several times a year to be with their children and grandchildren who, in turn, come back to Winnipeg and Gimli yearly. They also spend a month in Mexico every winter. As much as they enjoy their travels, it is in Winnipeg where they find much of their extended family, their lifelong friends, their shared history and their enjoyable lifestyle.