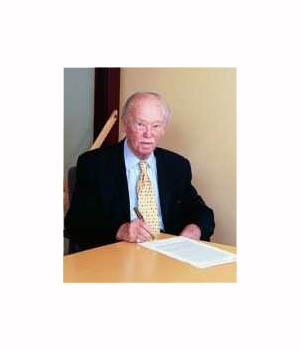 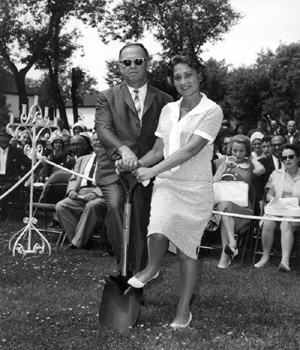 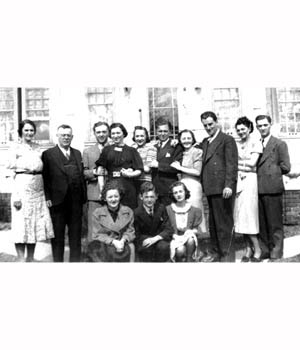 I was born on November 23, 1905 in Pocotilov, Russia. I am the eldest of seven children. My mother, Miriam Rachel, was born in Odessa. A matchmaker arranged her marriage to my father, Jacob Shuckett who, like his father, was a grain merchant. They made their living buying grain from farmers, packing it in bags and delivering it by horse and wagon to the port of Odessa. Because of pogroms and anti-semitism, my father emigrated to New York where he sold women's clothes door-to-door - and after two years he brought my mother, myself, Nathan and Goldie, and my cousin Ben Conner, to Winnipeg. My mother insisted that we move to Winnipeg where her brother S.B. Levin lived. His occupation was buying wild horses in Alberta and selling them to farmers who were still using oxen. We arrived in Halifax on a ship called "Megantic" and then came by train to Winnipeg. The year was 1912.

Our first home was at 250 Battery Street. My father earned a living by selling clothes from a horse and wagon in Old Kildonan and other areas. In 1914 the family moved to Fork River (population 30), 160 miles north of Winnipeg. My father owned and operated a general store, lumber yard and pool room, selling for cash and/or produce such as eggs, butter, hides, seneca root, poultry and cord wood, as well as raw furs such as weasel, mink and wolf. I walked two miles to a one-room school where there was one teacher who taught grades 1 to 8. Our neighbours were mostly all Ukrainian-speaking farmers, and with the help of our Ukrainian maid we all learned to speak the language. When I became older I was sent to Winnipeg to learn Hebrew and to daven. I had my bar mitzvah in Fork River in the poolroom, in the presence of a minyan of merchants in the area. In 1918 after our family now consisted also of David (Bertha), Esther (Manuel Lecker), Fritzi (Gene Telpner) and Morley (Sally), my father started Winnipeg Lumber & Fuel in partnership with Ben Conner. I was employed there during the summer holidays, delivering lumber and coal by horse and wagon, later by truck.

I obtained my Bachelor of Arts degree in 1927 and Law degree in 1931 from the University of Manitoba. I practiced law in Winnipeg all my life until 1995, specializing in commercial and domestic law.

On February 24, 1938 I married my beautiful, charming wife Dorothy Lack, born August 14, 1911. We lived a full, active, happy and a much-travelled life until we lost her on March 9th, 1986 of liver cancer. She was caring, generous and compassionate, and a devoted mother. She participated in Israeli causes and was a life member of Hadassah. I am proud of my children, Marcia Shuckett (Dr. Kenneth Brookler) and Dr. Paul Shuckett (Margaret Winograd), my grandchildren Nicole (Avi Pollock), Cara, Jill (Alex Knopoff), Richard Brookler (Debbie), and Brent Brookler, and my great-grandchildren Adara Brookler, Zachary Brookler and Dustin Knopoff.

I have been a participant and contributor to many Jewish causes, such as the Asper Campus, Hebrew University, and Ben Gurion University, and am a founding member of The Jewish Foundation of Manitoba. I am an active member and was President of the Rosh Pina Synagogue from 1962 to 1964.

Though we travelled around the world twice and visited such places as Cape of Good Hope, Vietnam, Teheran, Nuigini, and were present in Eulet at the signing of the Peace Treaty on May 27, 1979 with Israel and Egypt, Winnipeg has been my home. I am concerned about many people leaving Winnipeg and the effect that it will have on the future of our Jewish community. I hope the building of the Asper Jewish Community Campus will cause a renewal of commitment and participation of Jewish community life in our city. Quoting my mother's day-book "Be good to everybody. Do not feel you are above people. A good family is a close family."