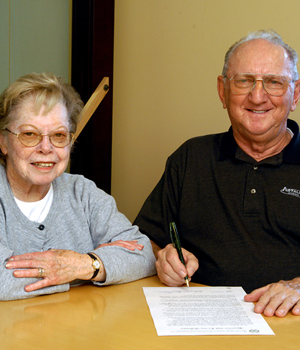 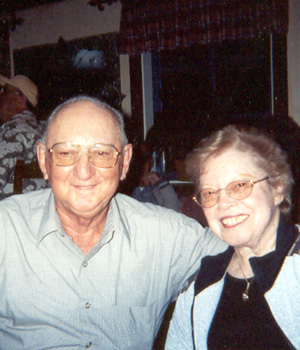 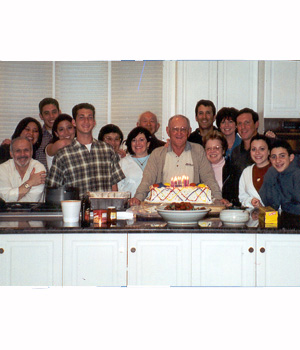 Erven Tallman was born on May 5, 1927, in Winnipeg, Manitoba. His father, Mike Tallman, immigrated here from Kalmonis, Bessarabia, Romania at the turn of the century. Around the same time, his mother, Clara Salatrow, came to Winnipeg from Mogalevski, Gubernia, Russia. They married in Winnipeg in 1910 and had six children: Esther (Tow, Hollywood California), Danny (Winnipeg), Marjorie (Bellan, Winnipeg), Harvey (Manitoba), Erven (Rancho Mirage California), and Allan (Edmonton Alberta).

Prior to departing for California in January 1964, Erven Tallman was appointed an Honorary Citizen of Winnipeg by Mayor Steven Juba and also received an award from the Winnipeg Builders Exchange for his twenty-year contribution to the Province of Manitoba and across Western Canada.

Beatrice Legget was born on October 25, 1926 in New York, the daughter of David and Sarah (Golden) Legget. Her father's family had migrated to the United States from Lepla, Poland and her mother's family from Russia. Beatrice was educated in New York. In 1945, the Legget family moved to California. Their three children Frances, Beatrice and Alfred all still live in Southern California.

Erven met Beatrice in Los Angeles in 1947 and they were married on February 12, 1949. They lived in Winnipeg for 15 years, raising three children: Andrew Larry Tallman, Susan Gail Tallman, and Judy Sharon Tallman.

Each of their children has married and had a boy and a girl, giving the Tallmans six grandchildren. With all of them living in Southern California, the Tallmans feel that their life together has been blessed — first in Winnipeg Canada, and later in the United States of America.