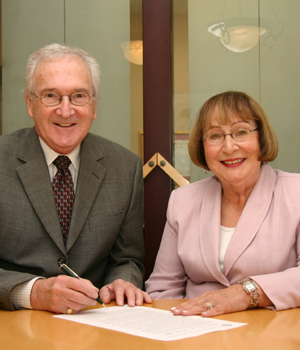 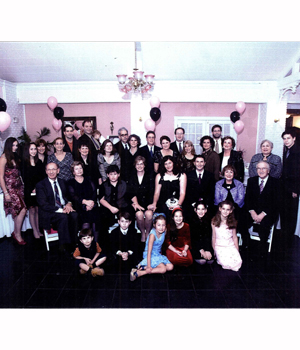 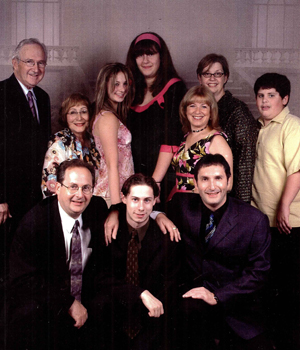 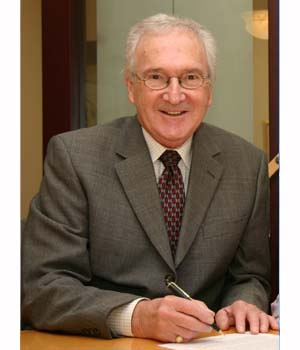 Saul Rifkin signs his story for the Endowment Book of Life 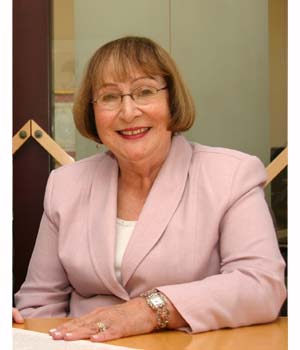 Barbara Rifkin signs her story for the Endowment Book of Life

Barbara was born in Winnipeg and spent her early years in Canwood, Saskatchewan with her brother, David (Permack), and sister, Sheila (Livingston). Her father, Ben Permack, emigrated from Poland to Winnipeg with his family at an early age and attended Strathcona School. His father, Mendel, was a wholesale chicken dealer. Ben, the eldest of six children, went west to Saskatchewan in his late teens, working in small town general stores before moving to Prince Albert and becoming a partner in the fur business.

Barbara's mother, Fannie Hallis, was born in Russia and immigrated to Winnipeg with her eight siblings. Her father, Samuel Hallis, was a chazan. Fannie met Ben while visiting her sister in Prince Albert. They fell in love, married and traveled to Winnipeg to meet their respective families. After several years in Prince Albert, they moved to the town of Canwood to operate a general store. Ben was a respected, well-liked and generous man, active in town events. Fannie had a beautiful singing voice and won many prizes for her flower gardens. Although they were the only Jewish family in the community, they celebrated Jewish culture and holidays, regularly returning to Prince Albert to attend synagogue. They also spent wonderful summers at Watrous, Saskatchewan.

Barbara was eight when sadly her mother passed away and she and her siblings moved to Winnipeg to live with relatives. Their father remained in Canwood, but visited them frequently and was very involved in their lives. He was a wonderful father who stressed to his children the importance of family, education and good citizenship. He was extremely proud that all his children and grandchildren earned university degrees.

In Winnipeg, Barbara became active in the FGOs club at the YMHA. She had a private Jewish tutor and attended school at Luxton, St.John's and United College Collegiate, where she was a scholarship student. She graduated with a B.A., served as president of the Delta Phi Epsilon Sorority and continued her education in Early Childhood at the Institute Of Child Studies in Toronto. She worked there for a year, returning to Winnipeg in 1956 to marry Saul whom she met at the age of 17.

Saul was born and raised in Selkirk, Manitoba. At the turn of the century, his father, Harry, had emigrated with his family from Schadrin, Minsk to New York City, where he and his brothers worked as carpenters in the construction industry. After his grandfather suffered a fall, they moved to Selkirk where landsleit had arranged work for them. Harry served on the front line in Ypres, France with the Canadian Army during World War I. After the war, he returned to Selkirk and was given the stoker job on the government boat, The Bradbury.

Saul's mother, Freda Berg, who had emigrated from Lithuania, married Harry in 1922 and raised their children Max, Rose (Appel) and Saul. Over the years they owned and operated three general stores, and Harry also ran a taxi business and was a fur trader. Selkirk had few Jewish families so the community arranged for a Jewish teacher from Winnipeg to come once a week.

Saul attended elementary and secondary schools in Selkirk and then United College. He received his BA, pursued graduate studies in Psychology at the University of Minnesota and moved to Prince George, B.C. to work as an assistant manager of a major hotel. Prince George was Barbara and Saul's first home after their Winnipeg marriage, where Saul continued working for the hotel and Barbara taught a special needs class for a year. They then lived in Whitehorse, Yukon for a short time before returning to Winnipeg. Saul returned to university, completed his Bachelor of Education degree and began a long and rewarding career as a teacher and principal.
Saul taught chemistry, math and ESL in the Transcona-Springfield and Winnipeg school divisions and chemistry at United College Collegiate summer sessions. He pioneered several innovative programs including annual science fairs, an adult education evening school, and a school based Air Cadet program; and served as principal at both high school and elementary levels. When he was appointed at Transcona Collegiate he became the first public high school Jewish principal in the Winnipeg area. He also served as chairman of the Principal's Council in Transcona-Springfield School Division, and as principal of Ramah Hebrew School from 1975-1980.

Barbara initially stayed at home raising their sons, Gerald and Martin, and volunteering with the Talmud Torah PTA and NCJW. She returned to work in the early seventies when nursery school was introduced to the inner city and she was approached to teach a class. She agreed to do so for a three month term and ended up staying 22 years.

During the summers Barbara and Saul enjoyed camping with their children across Canada and the US and spending time at Spruce Sands, near Gimli. They also have traveled extensively since their retirement. They spent ten years as escorts for a seniors' touring company, leading three tours a year and ultimately visiting 14 different countries. Saul also enjoyed teaching English to new immigrants for JCFS and the Winnipeg School Division. Now they mainly travel to warmer climates for the winter and to visit their children and grandchildren. Gerald lives in Toronto with his wife Andrea and children, Jesse and Jada, while Martin and his wife Margo live in Florida with their children, Nicole and Eric. Barbara and Saul are very proud of their children's and grandchildren's accomplishments. They all bring much joy to their lives.

In Winnipeg, Barbara and Saul attend Continuing Education courses and enjoy theatre, bridge, cultural and sporting events. They believe that Winnipeg is a great city and hope that it and the Jewish community continue to flourish. Family, friends, teaching and travel have been major factors in the lives of Barbara and Saul Rifkin.