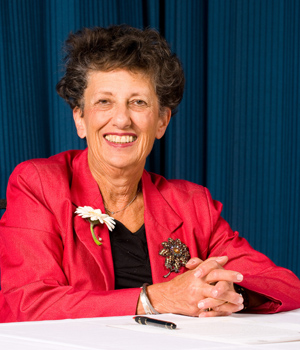 Barbara Wolch signs her story for the Endowment Book of Life 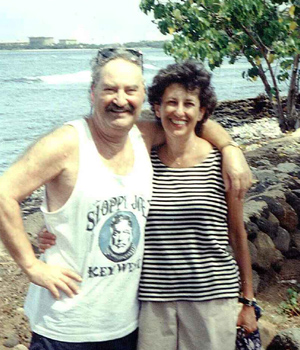 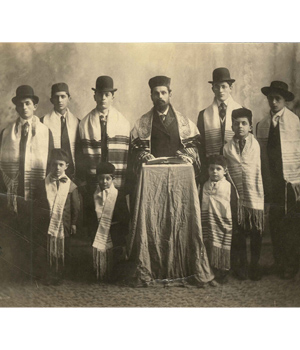 Barbara's grandfather, Rabbi Benjamin Papermaster with his sons, including her father Henry 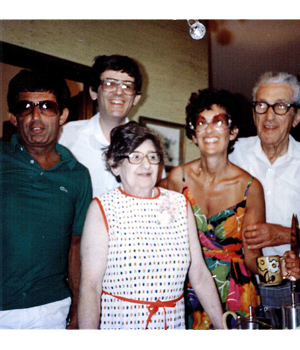 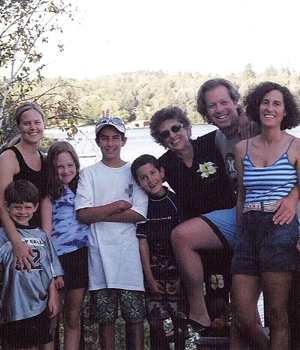 Barbara with her gang at the lake

I was born in Milwaukee, Wisconsin, the only daughter of Henry and Rebecca Papermaster. They also had two sons, Elliott who still resides in Milwaukee, and David, who passed away in 1985. All of my grandparents came from Russia. My mother was born there and came to the United States as an infant and my father was born in the US — one of a family of 11 children. My paternal grandfather, Benjamin Papermaster, was the original Rabbi in Grand Forks, North Dakota. (In fact, Winnipeg's Rabbi Berkal was a student of his!)

My mother was one of three girls in her family. She was an extremely bright woman who wrote and passed her CPA exam past age 50. A family member remarked to me that she was a "women's libber" before anyone knew what that was.

My childhood in Milwaukee was wonderful! I cherish my memories of a close-knit family life. I graduated High School, and went on to the University of Minnesota where I earned a Bachelor of Science in Education.

I met my future husband, Lloyd Wolch, just before I graduated college and after a very fast courtship — made more difficult with the long distances — we became engaged eight months after we met. Lloyd and I were married in June, 1959 and made our home in Winnipeg. I am extremely fortunate in that I was married for 36 years to my best friend, mentor, and business partner.

Lloyd's family owned and operated Wolch's Department Store at Main and Euclid in Winnipeg's north end. It was a family department store and, for many in the north end, it was the centre of community life. Lloyd worked there throughout his youth and continued to work there after we married. Lloyd's parents were Thomas and Ada Wolch and he had four siblings: Marjorie Shatsky, Harold Wolch, Marvin `Pooky' Wolch, and Elaine Lyons. The Wolch men were championship curlers and were often found at the Maple Leaf Curling Club. Lloyd attended the University of Manitoba and graduated with a Bachelor of Science degree.

In 1969, we started a business in our basement, called Imperial Knitwear. We imported ladies' sweaters from Europe and the Orient. The business grew by leaps and bounds and eventually expanded to over 30 employees and a building of over 20,000 square feet on Berry Street. For many years we travelled overseas 3 times a year and developed many friendships and business contacts in Hong Kong, Taiwan, Bangkok, Korea and other locales in the Far East. We loved working together and shared many unique experiences and adventures. Sadly, Lloyd passed away in 1995. Our daughter Alison and I continued to operate the business for another few years, after which Imperial Knitwear was closed.

Lloyd and I have two children, both of whom worked in the business with us for a time. Bruce, born in 1960, lives in San Diego and works in the real estate field. Alison, born in 1963, is married to David Kapalka and they have two sons, Daniel (15) and Ryan (11).

We also had the joy of having an additional family member spend considerable time with us. When my brother David divorced, he was given custody of his son Stephen. Stephen spent many summers and vacations with us and he and his family are closely knit with our family.

I am delighted to have my grandchildren living nearby. I believe they are lucky to be growing up in Winnipeg where academically, athletically, and spiritually they have so many opportunities for enrichment and involvement. I am particularly sensitive to the life of Winnipeg teens because of my work as a volunteer with Teen Touch and the Youth Justice Council.

Part of our family legacy is the pre-school playground at the Asper Jewish Community Campus, donated in Lloyd's memory. My participation in the Endowment Book of Life will ensure that a record of our family will remain a part of the history of Winnipeg's Jewish community. Future generations should know, not only about Wolch's Department Store and about Imperial Knitwear, but about how grateful we were to be part of this community.