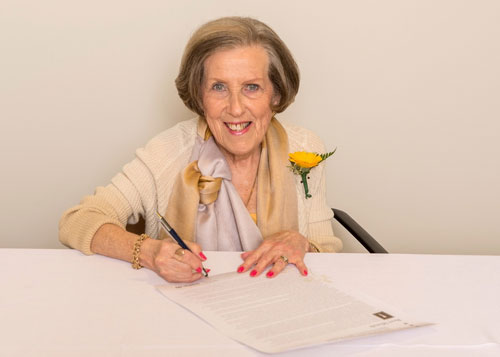 Barbara signs her story for the Endowment Book of Life 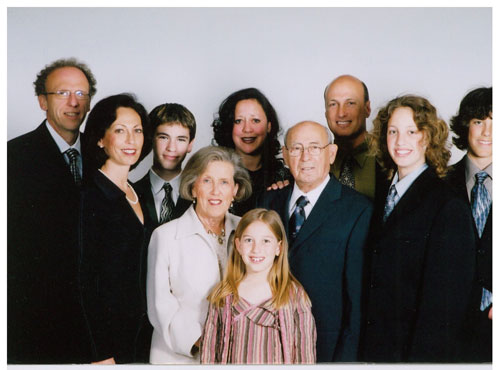 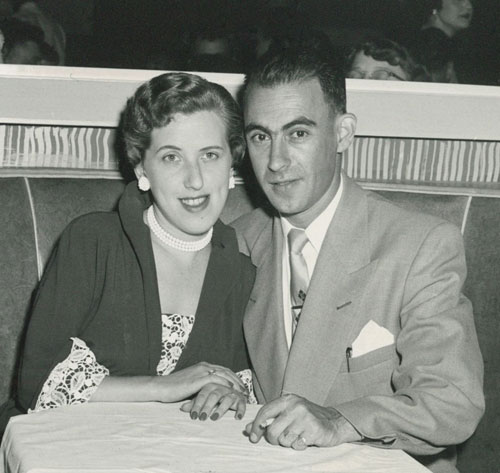 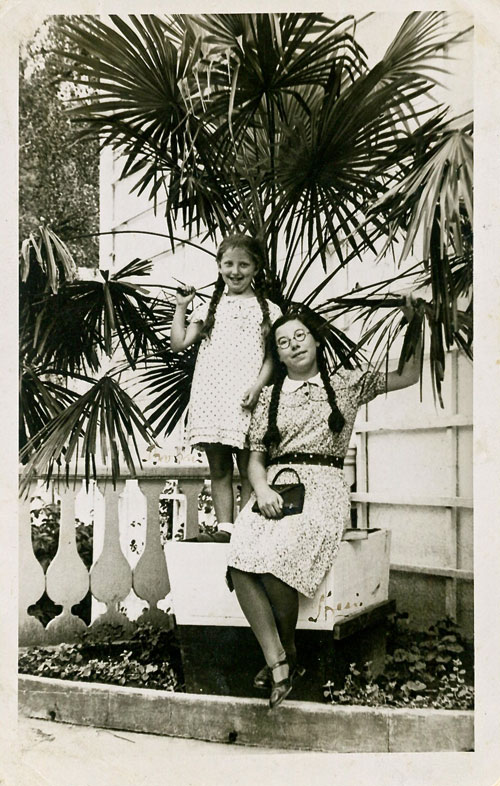 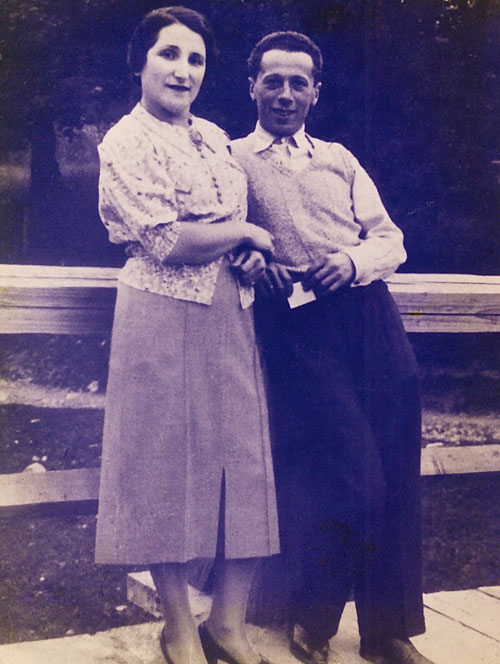 Mine was an idyllic childhood in Lwow, Poland, until it was stolen by the Nazis. Those early years of my life — for good and for bad — are forever etched in my memory.

I was born in 1930 as Bronia Goldfischer, daughter of Salomon Goldfischer Schneid and Sarah Goldfischer (née Hartfeld). A brother, Emil, died before I was born. My sister Tonia and I enjoyed a beautiful companionship.

I went to Hebrew school, learned piano, and danced. My mother managed the household while my father grew his business as an importer and exporter of fabrics and leathers. We were happy and secure in every sense of the word. The war, however, changed everything.

Through the war's early years (1939—1941), we stayed in Lwów under Soviet occupation, and lived relatively normal lives. In June 1941, the Nazi bombs started to fall and we were very soon under Nazi rule. I saw massacre after massacre, including the brutal murder of five people, a baby among them. On November 8, we were incarcerated in the Lwow ghetto, a dark and frightening fortress that, at its peak, held 200,000 people. Only a fraction survived when the ghetto was burned down in 1943. Many ghetto residents were sent to the Janowska concentration camp where they were murdered.

In August 1942, Tonia was shipped to Belzec where she perished as her captors tested Zyklon B, the gas that was later used in the chambers of the large extermination camps. In November 1942, my parents sent me to live with a Catholic family (the Stoklosa family).

While relatively safe, my time in hiding was not easy. I soon had new identity papers declaring me the daughter of the Stoklosas. At great personal risk, they protected me. Winter passed and I had lost all contact with my parents.

The Stoklosas moved in 1943 to Nisko, Poland, and I returned to school that fall living as a Catholic. The Soviet army liberated us in August 1944 and we eventually moved to Krakow. I searched in vain for my relatives for a while, and soon asked to be placed in a Jewish orphanage.

After the war, I went to Germany with three young men who connected me to a Jewish community program in Bamberg established to help kids in my situation. Orphaned. Homeless. Alone. In December of 1947, I boarded a boat with about 150 orphans destined for Canada.

Winnipeg was chosen for me. I arrived in January of 1948 and was placed with the Globerman family on Alfred Avenue. I met Adam Goszer, the man who was to become my husband, on the August long weekend of 1949.

Adam was born in 1921 to Eliyahu and Pesel Goszer (née Bronfman). He was raised in Korzec, Poland. It was a small town, but also a great centre of Jewish learning with a very large yeshiva. During the war, a ghetto was established in Korzec where many of the Jews were slave labourers in the sugar factory. When the ghetto was dismantled, Adam and his brother (Boris) hid in the forests after finding a Polish family who would give his mother and sister (Rachel) a place to stay. (Adam's father had passed away when Adam was 12.) Adam also joined the Russian partisans to help fight the Nazis. After the war, Adam and his family went to Italy before coming to Winnipeg, sponsored by the Schaffer family. Boris came first; then Adam and his mother; then Rachel.

Adam and I met shortly after his arrival in 1949. We dated briefly, but marriage was not on my mind at the age of nineteen. I moved to Toronto for a period of two years where I had a career as a bookkeeper. Adam and I corresponded faithfully during this time and eventually we decided to marry. Returning to Winnipeg to marry Adam was the best decision I ever made. He was a supportive and loving partner who made everything I accomplished possible. Our 60-year marriage was a great gift.

We were married in 1952 at the House of Ashkenazie synagogue. We lived on Bannerman, Lansdowne, and Royal Avenues in the North End before moving to Swindon Way in 1989 (the year our first grandchild was born).

Adam was a skilled camera technician and photographer. He worked at Strain's Camera before going on his own. In 1959, we opened Adam's Camera at Portage and Main where we enjoyed a thriving business until closing its doors in 1987. When our children were young, I was at home to raise them but eventually I returned to work, joining Adam as his full-time business partner at the store. We were proud to build a life in Canada, and enjoyed our time together working at the shop and raising our family.

We had three children: Elliot, Sharon and Yonah. Sadly, Yonah passed away at the age of five. I have fond memories of a house full of our kids' friends and summer trips to our cottage in Winnipeg Beach. Elliot has three children: Sam, Nick, and Sarah. Sharon and her husband Steven Tritt have one son: Joseph.

Over the years, I have been an active volunteer. I care deeply about our Jewish community, probably because I grew up without one as the lone survivor of my family. In Winnipeg, I was active with Talmud Torah and Joseph Wolinsky Collegiate; the Combined Jewish Appeal, the Jewish Federation's Holocaust Awareness Committee, Pioneer Women, Anav and more.

I take special pride in the fact that I played a leading role in establishing the Freeman Family Holocaust Education Centre, and I am still active. For years, I have been talking about my Holocaust experiences to school children and community groups. Without shedding a tear, I speak of the horrors I witnessed and experienced. I speak out against human rights violations. I want my children and grandchildren to see me as a strong woman with much to say. An advocate. A survivor. A Jew.

While I wrestle with the ideas of G-d and religion, I am certain there has been some sort of angel with me throughout my life, guiding me and protecting me. I feel profoundly connected to my community, and I dream of a world free of hatred and genocide. May our future be bright.