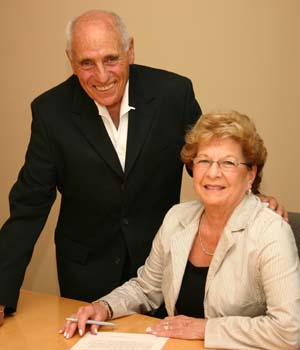 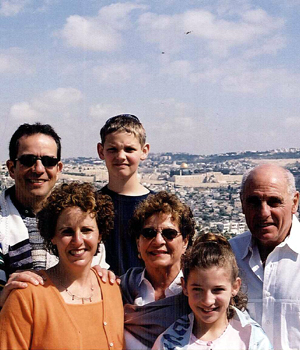 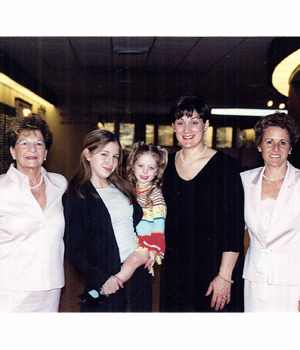 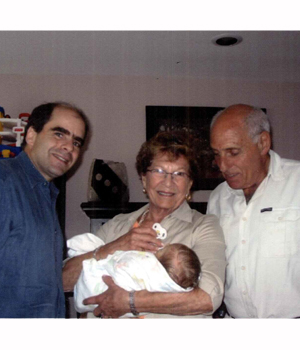 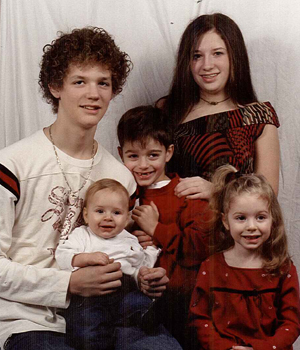 Weidman Brothers Ltd. had always played an important role in my life long before I had ever met Donald Weidman. My father, Joseph Blume, was employed at Weidman's in his very early years, and then later on had a grocery store on Newton and Main and was a customer at Weidman's.

My father emigrated from Russia to Winnipeg with his parents near the turn of the century. My mother, Rachael (Lack) also arrived with her family around the same time. She was outgoing, diminutive, and very lady-like. She was also very superstitious and kept a strictly kosher home. My dad was a very warm, quiet and secular man. Before I was born, my parents were living in Chicago, but my mother returned to Winnipeg as she was most unhappy without her family. As a result, I lived the first six months of my life with my mother at my grandparents' home. After my dad returned to Winnipeg we lived in an apartment on Broadway, and later moved back north to College Avenue.

Though I was an only child, I was never lonely. I was constantly doted on by my mother's then unmarried siblings, my maternal grandparents and my paternal grandparents who also lived on College Avenue. My elementary schooling was at Machray and Luxton schools, and then high school at St. John's Tech and the University of Winnipeg Collegiate. I loved the social life at school and was active in various drama programs at both schools. After high school I enrolled in Home Economics at the University of Manitoba, but left before graduating to marry. I had met Donald on a blind date in 1952 and we were married the following year when I was 21.

I grew up on Oxford Street in a family that was well known and established in the city. My father, Bert, was born in Winnipeg, while my mother, Eve (Cristall), was born in San Francisco. My paternal grandparents, Chaim and Fanny Weidman, arrived in Winnipeg in 1882, becoming one of the first Jewish families in Manitoba. Chaim's first job was laying track for the CPR, but he soon got into the junk business while Fanny opened a grocery store in their basement. In 1908, Chaim along with his brother Mordechai, moved the store to a building on Jarvis, and Weidman Brothers was officially established. Chaim became very active in the Jewish community and was a founder of the Talmud Torah and the Shaarey Zedek Synagogue.

My mother's parents, Louis and Celia, had moved to Canada after losing everything in the 1905 earthquake. They settled in Edmonton, but my mother and father met when my mother came to visit one of my father's sisters. They married in 1925 and had three sons; my brother David, myself and my younger brother Lyon.

In my youth, I was a member of the Y and of Boy Cadets, and a student at Robert H. Smith. In high school at Kelvin I unfortunately experienced some anti-Semitism. After high school I was a law student at the University of Manitoba but left to follow my father in the family business. I continued the family tradition, serving on the board of the Shaarey Zedek Synagogue and the Jewish Welfare Fund and president of Glendale Golf and Country Club. I am a strong Zionist, as were my great grandparents who immigrated to Canada but left in 1902 to settle in Palestine.

While I was busy with business and volunteer pursuits, Audrey was a stay at home mom, looking after our two children, Cathy and Richard. When they were in high school, she ventured into business with a friend, opening the Paper Gallery on Academy Road. She immersed herself in this endeavour for 10 years, and then sold her interest. At that point she began volunteer work, helping Russian immigrants get acclimatized to Winnipeg and also tutoring children. Both these experiences she found to be most rewarding. Now, though I am still working, we find our greatest focus is on our grandchildren whom we see as frequently as possible. Cathy and her husband Marty Cole live in Calgary with their two children, Rachel and Bram. Richard and his wife Lisa (nee Hamburg) live in Vancouver with their three children, Joshua, Leah and Jacob. Richard and I work together as Kosher Food Brokers and Fancy Food Importers, since the family business was sold.

While both of our children live elsewhere, both Audrey and I believe that Winnipeg is a unique community - one that is more caring and closer than other communities. We are proud of our deep roots here and are pleased to be able to help the community thrive well into the future.