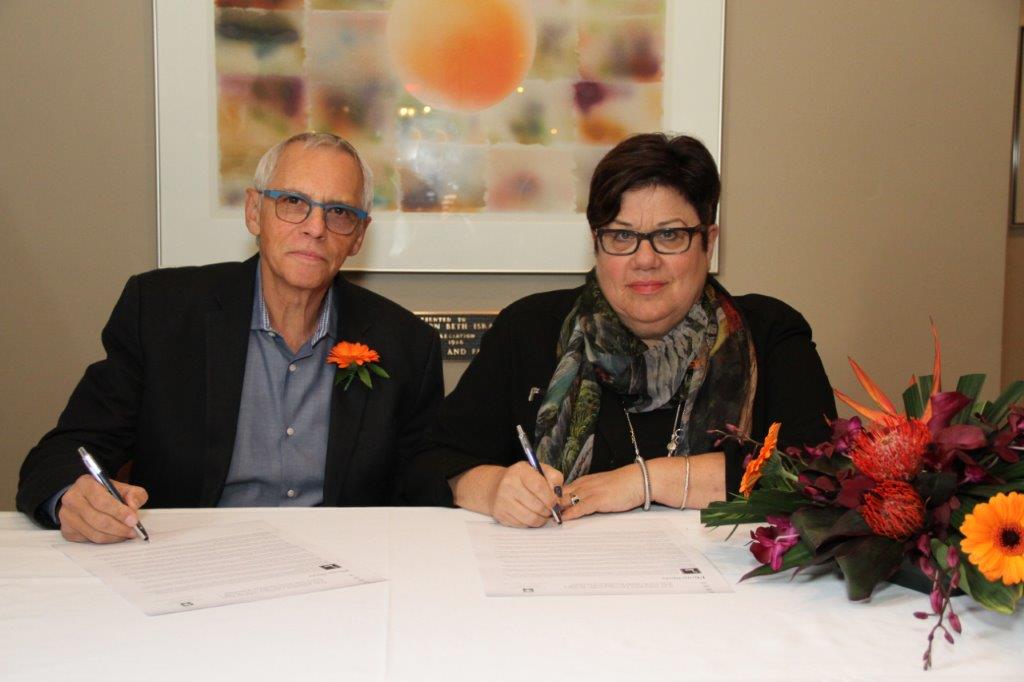 As a teenager in Auschwitz, my mother made a decision that saved her life — and made mine possible. She and two sisters were placed in a line of very young girls and very old women. Realizing they were being marched to their deaths, they snuck out of line when the commander was not looking. They made their way to a second line of healthy women — mature and strong enough to work. The three sisters pinched their cheeks to redden their faces to illustrate their vigour. They were sent to a labour camp instead of the gas chambers.

The Holocaust figures prominently in my family story. All four of my grandparents perished in the war: Zvi and Golda Maister; and Avraham Yitzchak and Malka Raizel Fox. Most of my mother's siblings lived; most of my father's siblings died. My parents, Aaron and Rose Maister (née Fox) rarely spoke about the grief and hardship of the war years, choosing instead to always look forward.

Both of my parents were Romanian. My father was from Ilva Mica; my mother was from Rodna. Like my mother, my father spent the end of the war in Nazi work camps. He was liberated by the Russians and spent a year in a Russian work camp before returning to Romania to see who was left. My mother also returned to Romania after the war. The two met in Bistritsa where they married and settled in 1948. I was born in Bistritsa in 1952, two-and-a-half years after my older brother Harry, who now lives in Nelson, BC.

Jews were not especially accepted in Romania, and my parents had decided to make aliya. At the time, my father worked for the Communist government (everyone did) at a centralized clothing distribution warehouse. Word got out that government officials were coming to investigate the centre, so my father saw that as an opportunity to leave Romania ahead of schedule. We left in the middle of the night travelling by horse and buggy to the train station, arriving in Vienna, Austria, by morning.

We boarded a ship in Italy and landed at the port of Haifa in 1958. We arrived by mid-morning and were taken right away to a modest home waiting for us in a makeshift Negev community. The table was set, the candles readied to bring in Shabbat. In no time at all, my father was approached and invited to synagogue. We were embraced right away by our new Negev home, but the feelings were not mutual. That first night, there was a major sandstorm that swept over our bodies and belongings. I was six and I remember it well. My father said: "We are not staying here."

My uncle had already made aliya, and we set out to find him. And we did — on the moshav of Nir Galim near the Gaza border. My father started farming watermelon and corn — Harry and I helped on the farm. My father didn't like the fact that he had to patrol the periphery of the moshav at night because it was right on the Gaza border. Looking for a more peaceful setting, we moved to Kfar Ata (now Kiryat Ata) near Haifa. In total, we lived in Israel for five years.

With some relatives already here, our family moved to Winnipeg in 1963 settling first in a rented home on Polson Avenue. My father went to work as a cutter at Jacob Crowley and my mother took a job at North End Tailors. Within a year, we moved to Alfred and Powers where my parents ran Meister's Grocery (the family name used to have an E instead of an A). We all worked in the store.

I went to Luxton School when we arrived, then William Whyte, Aberdeen, and St. John's High School. I was held back a grade because of my poor English. Outside of school, I played competitive soccer and basketball. I remain an avid sports fan and still play a weekly game of floor hockey and I golf as often as I can.

Our home was very traditional and my father was the Ba'al Shacharit (he led morning services) at the "Butchers' Sheel" on Manitoba Ave. on High Holidays. My brother Ken came along in 1968 when my parents were in their 40s — I was already sixteen.

After high school, I went to Edmonton for a two-year program in dental technology and came back to Winnipeg and took a job at a local lab making crowns, appliances, and partial dentures. I loved the work, but I started to think about dentistry as a possible career. So I went to the University of Manitoba and earned my Bachelor of Science degree and applied to dental school. My marks weren't high enough so I returned to dental technology with renewed passion and opened my own business — Crosstown Dental Laboratory— which I still run today. It is one of the larger labs in Canada and I am proud of what I have accomplished in business.

Around that time, I went on a blind date with Kayla Gordon. We dated for a year and then were engaged for a year before getting married in 1981. Our daughter, Avril, was born in 1985; our son, Aaron, was born in 1988. We also provided a home and a support system for my younger brother, Ken, who worked with me in the business. Ken passed away in 2006, but Kayla and I are so grateful to have a strong relationship with Ken's daughter, Megan Maister Raber.

As a family, we travelled to the Caribbean, Mexico, California, and to Kayla's parents' cottage in West Hawk Lake. Today, Avril, a dental hygienist, works with me in the business and is married to Angela Colatruglio. Aaron is a lawyer and is married to Brittany Bilash. Aaron and Brittany are the parents of Keira.