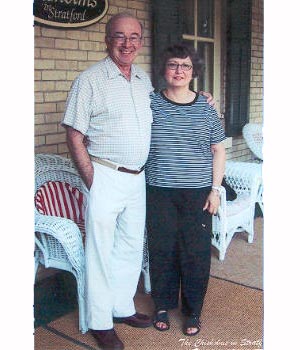 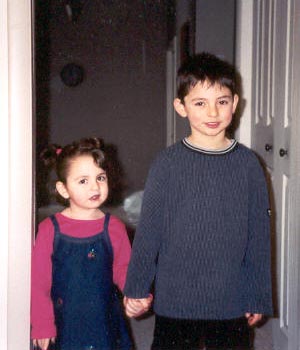 Hannah and Benjamin Margolese, children of Francine & Alan (May 2002) 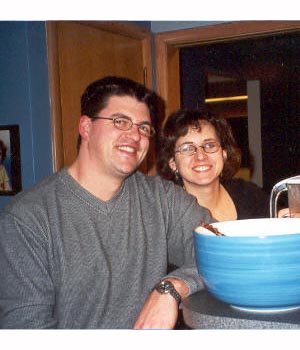 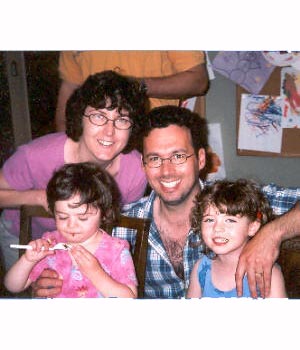 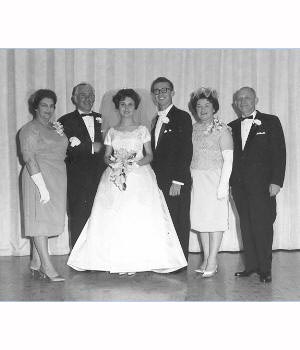 In 1963 Arnold Kapitz married Doreen Feldman. How did this locally born boy meet this cosmopolitan London born girl? Arny was living a very typical life in the north-end of Winnipeg. His father Jack arrived in Winnipeg at the age of twenty-five and eventually adapted his tailoring skills to manufacture hats and children's clothing. Along the way he met Dorothy Cohen who was to become his future bride. Arny remembers his father as being extremely hard working and very focused on earning a living for the family. Relaxation was a past time that was reserved for Winnipeg Beach, which he genuinely enjoyed. His mother was a very attractive woman, who enjoyed being home to look after her family's needs, Jack her husband, son Arny and daughter Sheila.

Arny went to the north-end schools, attended Peretz Night School as well, was a member of the Y, AZA and enjoyed living in the Jewish milieu. He was a good student and plans were in place to graduate from high school and then off to university, at first the Faculty of Science and then the Faculty of Dentistry. Life was evolving, as it should.

Compare this to his future bride who spent the first fifteen years living in Wembley London, England. Relatively happy as a teenager, Doreen was shocked by the family decision to move to Winnipeg during the Suez Canal Crisis. Unemployment was rampant so Ben Feldman and his wife Fanny (Leibowitz) packed up their only child Doreen and the family dog Taffy and made the move. Eventually settling into the north-end, first on Salter and then to Scotia, Doreen recalls her first images of Winnipeg being a small city with no culture or sport. Being used to the big city she felt that her life was over.

However once school began at St. John's she quickly became active in sports and Y activities and integrated into the community thanks to her friend Arlene Kussin. All of her initial fears were put to rest, as she became more involved. She found the school system more relaxed, graduated from high school and attended Normal School to begin a career as a teacher. Upon graduation and finding the only positions available in rural Manitoba, Doreen drew a line in the sand and said Winnipeg was as small a city that she was prepared to live in. After a few years in the workforce and after becoming involved with Arny, Doreen still decided to see some of the world and left for an extended tour of England, Switzerland and to visit her aunt and family in Israel. One month later on her return to Winnipeg Arny and Doreen became engaged in October 1962 and married in June 1963.

They feel very fortunate that both of their daughters, Francine (Alan Margolese) and Sheryl (Aaron London), have settled in Winnipeg. They now have four grandchildren, three granddaughters, Sarah, Hannah and Laura and one grandson, Benjamin. Although the Kapitz family would not describe themselves as religious, they feel very culturally Jewish. Doreen was active in the National Council of Jewish Women which she credits as providing her with a positive experience while she was a stay at home parent. Arny devoted fifteen years of his time to the betterment of the Glendale Golf and Country Club. Doreen and Arny both enjoy their participation at Glendale, which is a focus of their summer social activities. Year round Doreen and Arny actively enjoy the richness of the music and theatre that abound in our city.

When contemplating about the future of the Winnipeg Jewish Community Doreen and Arny feel upbeat about the state of our community. As long as career opportunity exists for our young adults and the community is vibrant with educational and cultural activities, they believe Winnipeg offers an excellent lifestyle. When talking about how they wish to be remembered a few consistent words came to mind - considerate and loving - that is how they have lived, that is what they have attempted to teach their children and they hope that will be part of their legacy.