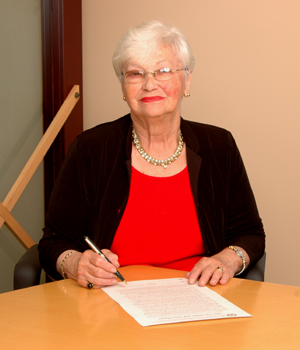 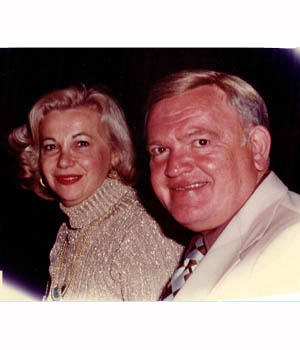 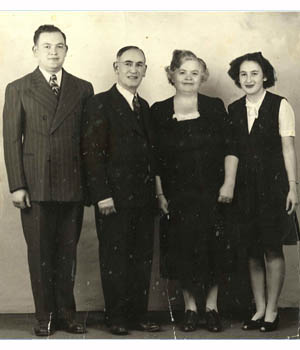 Sam with his parents and sister Jennie 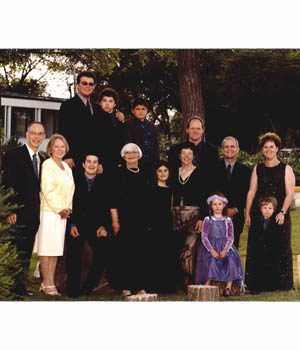 The Itzkow and Moser Families 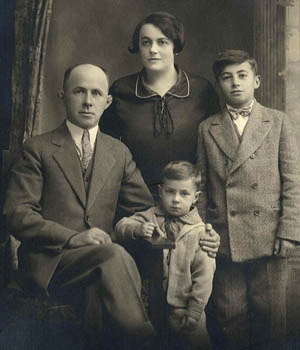 Ann Moser is proof positive that with perseverance and a positive attitude in life almost any obstacle can be overcome.

This is a lesson that Ann learned well from her parents. Her father, Ben Newman, was a determined Russian immigrant who purchased a general store under an assumed name in a small Canadian town reputed to dislike Jews. He eventually became town mayor and even had a street named after him!

It was there in Seamans, Saskatchewan, that Ann first experienced life's difficulties, growing up with her older brothers, Misha and Nathaniel, amidst noticeable anti-Semitism. Theirs was one of only two Jewish families in the town of 500, and Ann vividly recalls being called a Christ killer. Nate, who died at the age of 26, and Misha, a retired radiologist living in Las Vegas, were able to physically fight off the anti-Semitism more readily than Ann.

Ann's mother, Cassie Shliefman, was a Russian immigrant and daughter of a shoichet and Hebrew teacher. A nurturing, loving woman with a great admiration for nature, she was sickly throughout most of Ann's childhood. Cassie's parents lived with the family in Seamans, taking care of them and ensuring that they kept a kosher home.

While Ann's brothers both had Bar Mitzvahs, Ann was not afforded the same Jewish education because she was female. When Ann had her own children she insisted that they attend the Talmud Torah, so that they would have a Jewish education and Jewish friends.

Ann met Sam, 'the love of her life' on a blind date when he passed through Edmonton on a sales trip in May, 1956. He was an outgoing, joke-telling confirmed bachelor, eight years older than Ann. In fact when they married on September 30, 1956, Sam's friend, Nathan Micay, published a newsletter with the heading, 'Carefree Casanova Capitulates'.

Sam had immigrated from Poland in 1926 with his parents, Fanny (Moser) and Menachem Mendel, when he was six years old. Mendel was a fine and honest man and Fanny was smart, kind and very charitable. When Mendel lost his job during the Depression, Fanny presented him with $200 she had saved and suggested he go into manufacturing. Mendel took the money and established Midwest Garments.

Sam and his sister Jennie grew up on Burrows Avenue. Sam was witty, funny and the light of his parents' lives. Although he was an indulged child, he grew up to be a wonderful man, husband and father.

Sam attended St. John's and then studied social work at the University of Toronto. When he realized he could not make a living as a social worker he went into his father's business, remaining a social worker at heart. He loved people, never got angry, and never fired people — he just found employees other jobs when necessary.

When Sam and Ann married, Midwest Garments moved into a newly purchased building on Rorie Avenue and the newlyweds moved into Lanark Gardens. They soon returned to the north end to be closer to Sam's parents, with whom Ann developed a very close relationship.

Sam and Ann had three children: Mark, born in 1957, Cathy born in 1958, and Meite born in 1962. Ann is very proud of the fact that Mark and Meite are medical doctors and Cathy is a PhD in psychology, and that all three are humanitarians. Ann has seven grandchildren: Benjamin, Jono and Frannie Itzkow, Nathan and Elliot Moser, and Samantha and Gabriel Bottrill.

Ann was a stay-at-home mother who woke everyday and thanked God that she was born a woman. She was the Women's Chair of Israel Bonds and was active in Hadassah for many years. On Saturdays, Sam took the kids with him to his office, while Sundays were reserved as family days.

When Sam became ill with Parkinson's disease in 1968 when he was just in his late forties, Ann became his full-time caregiver. In spite of his illness, they continued to travel, attend the theatre, and play bridge. Sam also went to the Y and walked everyday, and Ann entertained often so that he could have company. Sam moved into the Sharon Home in 1990 and passed away in 1995. Today, Ann smiles whenever she talks about him.

In 2004, Ann survived an eight hour operation to remove pancreatic cancer, a heart attack, a car accident that totaled her car, and months of chemotherapy. Many people would have been angry with God for striking them with so many plagues. Instead, Ann reveled in the fact that she must have an angel watching over her to have survived these challenges. Ann lives by the motto 'enjoy today because tomorrow may be worse.' She continues to travel and play bridge several times a week, and is a voracious reader. She is proud that she has lived her life 'as a lover not a critic', and hopes that her grandchildren will do the same.