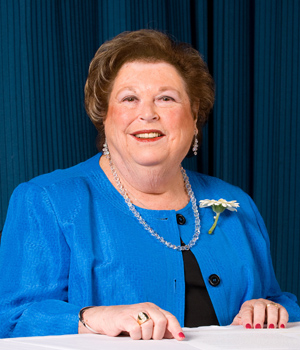 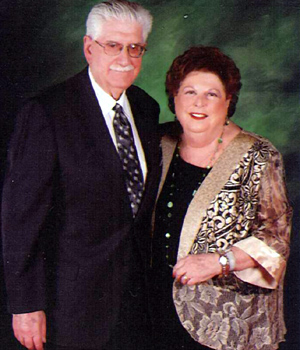 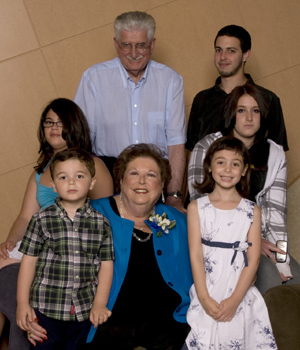 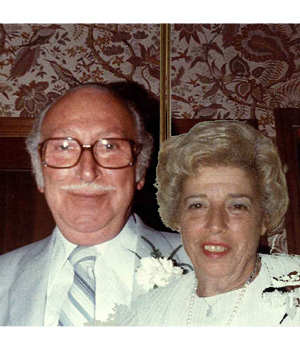 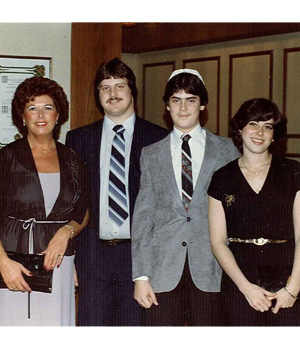 I was born in Winnipeg on July 27, 1938. My grandparents, Louis and Anuta Galpern and Hyman and Frances (Swartzman) Kay came to Winnipeg from Russia at the turn of the century. Each couple established a business bearing their name. Galpern Candy was, in my memory, a delightful place - famous for its "Cherry Peaks". Kays Limited was a wholesale drygoods and clothing business, a long-time Winnipeg mainstay located at 245 McDermot Avenue.

My grandparents, particularly the Kays, were community leaders. Frances was President of National Council of Jewish Women. Hyman was President of Congregation Shaarey Zedek and laid the cornerstone for the new synagogue on Wellington Crescent in 1949. Among many other activities, he was a founder of the Jewish Welfare Fund and of the Jewish Foundation of Manitoba.

My father, Sam Galpern, was born in Winnipeg in 1912. He worked in the family businesses and for a time for the Winnipeg Grain Exchange. He was a leader in both business and community life. He served as President of the Glendale Golf Club, Secretary Treasurer of the Shaarey Zedek Synagogue, and President of the Jewish Foundation of Manitoba. During the Yom Kippur War, he led the fundraising drive that took Winnipeg to a new level of commitment. He was not only my father, he was my mentor. I could talk to him about anything. He was a major support to me and modeled what he taught me about being charitable and about community service.

My mother, Dorothy Kay Galpern, was born in Winnipeg in 1914. She was a special lady who gave generously of her time to the community and to others. She also helped my Dad with the business, developing a catalogue to increase merchandising. She was a gifted pianist and served as accompanist for many organizations. She was active with Hadassah and the Shaarey Zedek Sisterhood, among others.

My sister, Sondra Sheila Rothberg (1943-1985) and I were raised in a community-minded Jewish home. We were active at the YMHA (my club was the "Y B Teens"), BBYO, Shaarey Zedek Youth Group and BBG. I had the 5th Bat Mitzvah at the Shaarey Zedek, in 1953. I was involved in sports, particularly basketball, volleyball and bowling.

I attended Queenston, Robert H. Smith, Kelvin High School and University of Manitoba. I then went to Angus Secretarial School and worked at the Bank of Montreal and Remington Rand.

In 1959 I married Cyril Stern. We have three children: Jeffrey (Cheryl), Debra and Marshall (Mireille) and now five beautiful grandchildren — Zachary, Thea, Samara, Jordana and Joshua. All of our children had their Bar and Bat Mitzvahs at the Shaarey Zedek Synagogue. I have tried to pass on to them the value of community involvement by volunteering, canvassing and participating in numerous community activities. I was very active in Hadassah, National Council, and Jewish National Fund and, with my sister, co-chaired Men's Youth Aliyah.

I married Myer Cohen of Calgary in 1985. He has four children — Ronna, Harley, Susan and Jeff and a grandson, Liam. Myer owns Shred-a-Can Recyclers Ltd. Myer too is a community leader and was honoured at the Calgary JNF Negev Dinner. He has served as President of the Hebrew School and President of the Calgary Jewish Family Loan Association.

For a time, a friend and I owned "Sweet 'N Eat", a candy gift basket store in Calgary. But for the most part, my life has revolved around my husband, children and grandchildren. I also have life-long friends, many in Winnipeg, who bring joy to my life.

I hope that the generations who follow me will be true to our family legacy of charity and love of community. My wish, like my fathers before me who worked so hard to build this community, is that the community carries on being strong and vibrant. May it go on from strength to strength.