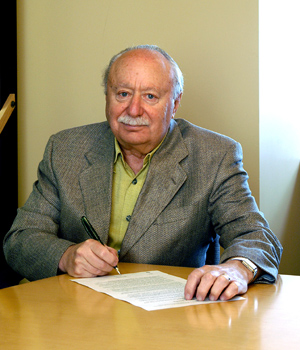 Allan Chisvin signs his story for the Endowment Book of Life 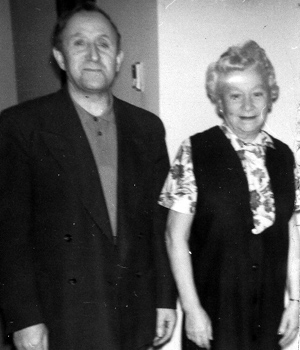 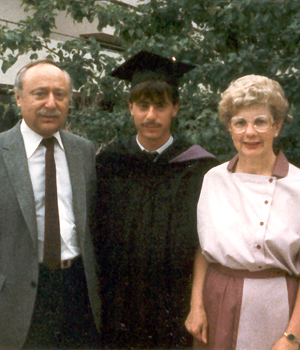 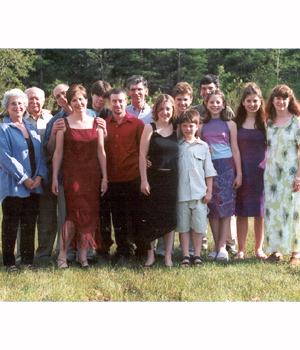 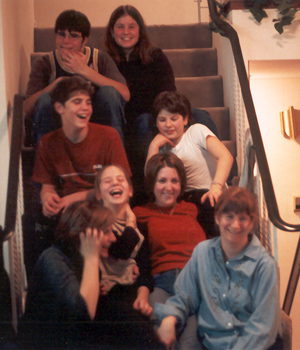 While I was growing up, the number of people coming and going from our house, sitting down to meals at our table, and sleeping in our beds, made our home feel just like a hotel. Our door was never locked!

This 'everyone is welcome' attitude was second nature to my parents, Zalman and Zlata Chisvin (Lapkin), who had emigrated from Rudya, White Russia, not because of persecution or hardship, but in order to be reunited with family.

I was born in 1931, five years after my parents arrived in Winnipeg with my older siblings, Phyllis and Jack. We lived on Burrows Avenue until I was seven, and then moved to Church Avenue across from St. John's High School. I lived there until I married Sheila Kesten in 1954.

My dad was a labourer and my mom was a housewife. They were not particularly religious, but they were traditional. We went to shul on the High Holidays, and my mother kept a kosher home. She also 'benched licht' every Friday night before we sat down with numerous family and friends to an always wonderful, home-cooked dinner. My mother was a superb cook!

Both my parents were self-educated in English and were wise and worldly. They struggled through the English language newspaper, read the Yiddish papers voraciously, and never missed the nine o'clock news with Lorne Green. They constantly emphasized to their children the importance of education.

I attended Machray School, Sholom Aleichem School, Peretz School night classes, St. John's High, and the University of Manitoba, graduating from chartered accountancy in 1957. I always was very active in sports and at the YMHA, and grew up surrounded by family, friends and neighbours who constantly gathered at our home.

In the twenties and thirties my parents were involved with the landsmachten societies, serving on committees and executives and helping other newcomers to the city. They showed by example that caring for others and helping others in need was a normal way of life. One woman, who had arrived from the 'old country' alone, lived with our family for decades. During the war my mother fed many of the Air Force personnel based at the school across the street, and after the war our home became a meeting place for many of the refugees who arrived in Winnipeg. Two of these young men lived with us and they and their friends were treated just like family members.

When I left my parents' home, married while I was still an undergraduate, and started my own family, I tried to follow the example set by my parents. I became active in the community, working and canvassing on behalf of many fundraising campaigns, and serving on the boards of the Rosh Pina Synagogue, the Hebrew Fraternal Lodge and the Montefiore Club. I was most active in local provincial politics, both behind the scenes and through appointments to a number of boards and commissions, where I often was the only Jewish member.

I believe that the values of fairness, compassion and menshlikeit with which I was raised, contributed significantly to my success. I also am confident that Sheila and I successfully passed these values on to our children, Leah, Sharon and Martin, and to our six grandchildren.

While I worked as a chartered accountant, Sheila stayed at home with the children. We lived in Garden City and they attended the Talmud Torah. When the children were older, Sheila resumed her career as a social worker with the Child Guidance Clinic.

Sheila passed away in 1996, and I retired shortly afterwards. I am now married to Nina (Thompson Globerman), with whom I enjoy mornings at the Rady Centre, winters in Palm Springs and the company of our grandchildren, family and friends.