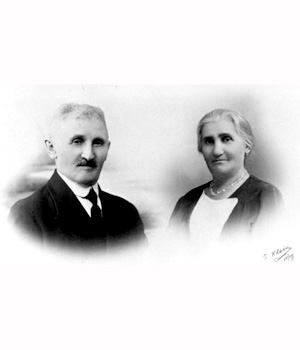 My grandparents, Jacob and Chava Portnoy 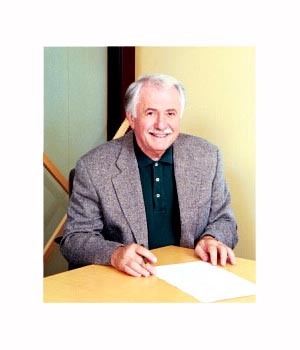 In 1908 my grandfather Jacob Portnoy came to Winnipeg, Manitoba from Kiever Gubernia in Russia together with his sons Nathan and Sam. Working as a clothes peddlar led to the formation of a small dry cleaning business, which later became Perth's Cleaners. In 1919 he sent for his wife Chava and children Goldie, Clara and Percy. My mother, Goldie, already imbued with the spirit of Judaism, was 14 years old at the time and she immediately enrolled at William Whyte School and learned English quickly. A married son, Chaim, his wife and five children arrived in 1925.

As a young man, my father David Blye left his home in Romania and worked his way across Europe, eventually emigrating to Canada around 1920. He made his way to Winnipeg and found work at Perth's Cleaners. He worked hard, earning enough to bring his parents, Jehudah Leib and Chana Blye, and five sisters — Rose, Rae, Liz, Betty and Pauli — to Winnipeg.

My parents married in 1928 and in 1930 my brother Sid was born — a "wunderkind" with a beautiful voice and a brilliant mind. Fluent in English and Hebrew, he travelled across Canada to perform and daven in various synagogues. When I was born in 1937, music filled our home and it was natural for me to follow in his footsteps. I entered the Bal Tefillah program at the Talmud Torah where I learned to daven, and learned to appreciate both the musical and the spiritual synagogue service. This also began a life-long motivation to maintain and retain my Jewishness.

By age 15, I was a regular on the Paul Grosney Show on CKRC, then on to the CBC and later television. This led to a career, first in Toronto and then California, as a singer and eventually as a writer and producer for variety shows such as The Smothers Brothers, Bizarre, Sonny & Cher, Elvis Presley, Andy Williams and Super Dave Osborne. I also had the opportunity to serve as the founding cantor at the Synagogue for the Performing Arts in California, and for ten years, the cantor at Temple Sinai in Toronto. My brother Garry, who was born in 1944 and has followed a similar career path, and I have recently formed Blye Brothers Entertainment and are looking forward to producing films in our home province of Manitoba.

In 1990 I married Rita Rogers, a native of Torrance, California, an accomplished television director. We have three children — Kate (1991) and twins Hannah and Sam (1995). My first grandchild, Julian, was born in 1998. Our home is currently in Los Angeles, California.

Both my career and my personal life have been profoundly influenced by my heritage and the unique experience of growing up in the melting-pot environment of north end Winnipeg, Manitoba. I was raised in a kosher, shomer shabbat home with parents who were true to their faith and who brought to life all the wonderful traditions that are at the heart of Judaism. Growing up on Selkirk Avenue made me part of a close-knit, vibrant community that I love and support to this day. Attending Winnipeg schools together with my Jewish friends has given me a life-long passion for Jewish education.

Everything my career has allowed me to do and experience began in Winnipeg, and I am pleased to give something back through the Jewish Foundation to "Winnipeg — My Home".