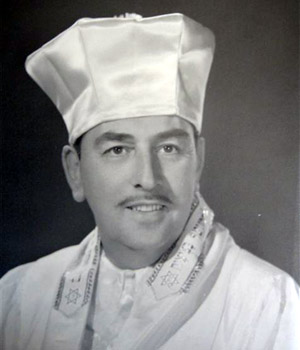 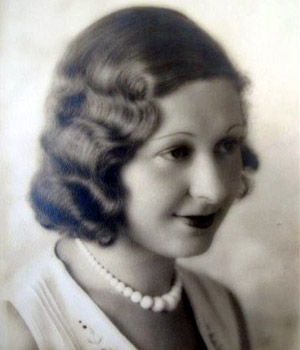 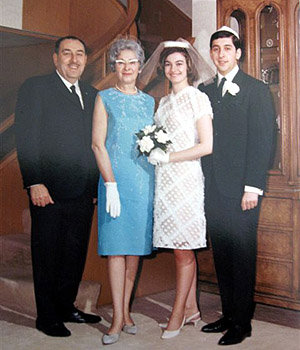 Albert Israels may not have enjoyed the success he had hoped for when he took off for Los Angeles with his banjo and Winnipeg band back in the 1920s. But that turned out to be a good thing. Feeling a little discouraged and a little homesick, he returned to Winnipeg where, shortly afterwards at his parents' 25th anniversary party, he met the young and beautiful Sylvia Collerman. At the time Sylvia was working for Aronovitch and Leipsic and enjoying a reputation as a crackerjack typist. Like Al, she had been born and raised in Winnipeg, growing up in the north end with her three sisters, Reva, Tillie and Ebby (Evelyn). Her mother Minnie was a homemaker and her father Maurice worked as a plumber.

Both of Al's parents, Zisu and Leah, had emigrated from Romania at the turn of the century. They married in Winnipeg in 1904. While Leah stayed at home caring for Al and his siblings, Elsie, Sadie and Harry, Zisu operated Standard Clothing, his Main Street menswear store.

Al and Sylvia married in January, 1932 at the Roseland Dance Gardens. As was common at the time, they temporarily moved in with Al's parents on Bannerman Avenue. Soon after, they moved into their own home at 186 McAdam Ave.

While Sylvia stayed at home with their two sons, Martin born in 1936, and Richard born in 1946, Al enjoyed a career in the jewellery business, initially working for himself in the McIntyre Building on Main Street under the moniker Reliable Wholesale Jewellers, specializing in watch repair. In 1967 he joined Ben Moss Jewellers and later moved to Silverman Jewellers as a salesman. There he became known as the King of Diamonds. Throughout his adult life, Al continued to pursue his love of music, performing, and singing. He davened regularly at the Hebrew Fraternal Lodge, and also conducted a children's choir there. When the Lodge closed, he continued to work as a cantor on a contract basis, davening for the High Holidays at synagogues as far away as Vancouver. He had learned his cantorial skills from Cantor Moses Jacob who, by coincidence, was the great uncle of Al's future daughter-in-law, Bette-Jane Jacob.

After Al passed away in 1973, Sylvia remained in their home for a short time and then moved to an apartment in Garden City. During this time she enjoyed many friendships and continued her passion playing mahjong as often as six times a week.

By then, Martin was living in San Francisco with his wife and children, Stephen and Sherrill, and Richard was enjoying a successful law career. In 1976 he and Bette- Jane, whom he had married in 1967, and their three children moved to Vancouver. There Richard quickly became one of the city's top criminal lawyers. When Sylvia began to experience ill health in early 1992, she moved to Vancouver to be closer to Richard and his family. She passed away in November 1992. Only five years later, Richard passed away at the young age of 51, at the height of his career. His three children, Megan, Jonathan and Alix have all followed in his footsteps, having graduated from UBC Law School. Two are practising Criminal Lawyers, Megan as a Prosecutor, and JJ as a Defence Counsel. Bette-Jane continues to live in Vancouver, surrounded by her 3 married children, their spouses, and 6 grandchildren (and counting), but has never forgotten her roots and the warm Jewish Community that so enriched all their lives.

To Albert and Sylvia, their legacy was always about family, and although their children moved away as young adults, the connection remains strong even as their grandchildren continue to foster their Winnipeg friends and family.