A Tribute to My Uncle, Dr. Louis Slotin 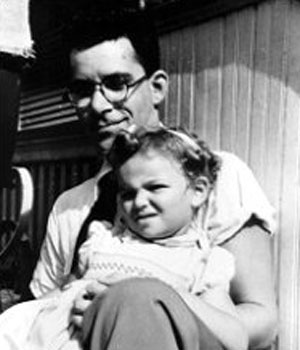 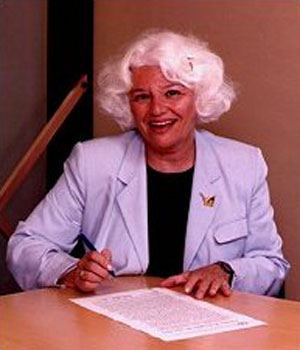 Sonya and Israel Slotin came to this country from White Russia. After settling in Winnipeg they had three children, Louis, Sam, and Bertha. My father was Sam, and, while he was a wonderful man who together with my mother, Corinne (Ripstein), provided an idyllic life for me, it is my Uncle Lou's story I wish to leave for future generations.

Uncle Lou was a scientist. He was the first University of Manitoba student to graduate with a perfect mark in both Chemistry and Physics. He graduated with his Masters of Science degree and then moved to King's College in London, England to study for his Ph.D. His research there led him to the University of Chicago, where he met the renowned scientist Enrico Fermi, and from there he moved to Los Alamos. These were the years of the Second World War, and his family was happy that he was safe. They only knew that his research involved experimental physics.

On May 23, 1946 the Slotin family received a phone call telling them that the American government was sending an aircraft to pick them up to go to Los Alamos. There had been a terrible accident in the laboratory. Louis had been involved in the Manhattan Project - the development of the atomic bomb, specifically the igniter piece. The highly radioactive piece had slipped. Though there were eight people in the room, he was the closest to it and took responsibility for its recovery. During the nine days before he died, he insisted that his physical state be continuously documented so that the effects of radiation could be used for scientific purposes. Against the wishes of his Orthodox parents, the government would not release his body without first performing an autopsy, but eventually his body came home to Winnipeg. He was the first Canadian to be buried with an American flag on his coffin. Although he was 35 years old, single with few friends, he became a local and national hero and two thousand mourners walked from the family home at Inkster and Scotia Street to the Rosh Pina Synagogue for his funeral.

In 1993, my cousin Israel Ludwig and I and our spouses, were invited to Los Alamos and with the local historian, Roger Meade, visited the places Uncle Lou had lived and worked. The U.S. government released all his previously top-secret documentation and personal effects and as we sifted through his research we discovered that his original exploration back in the early '30's was the very beginnings of radiological therapy! To this day there are scientists who are continuing the research he began, and just recently we became aware that a full-length documentary of his life is in the making.

While in Los Alamos, I presented the Atomic Bomb Museum with a cast iron mold of the nose cone and tail fin of the bomb which had been recovered from the trunk of his car when it was returned to Winnipeg. They were astounded and immediately had it isolated for radiation testing. This piece had sat in my family room for many years! It had also been the object of scorn for my two children who were part of the "ban the bomb" generation. Ironically, my son Philip now lives in Japan and has been instrumental in translating Uncle Lou's documentation for a Japanese scientist who is carrying on with his research.

I was very young when Uncle Lou died, but he has made an indelible impression on my life. He left a legacy of commitment - dedication to a quest - in life...and in death. A true hero.